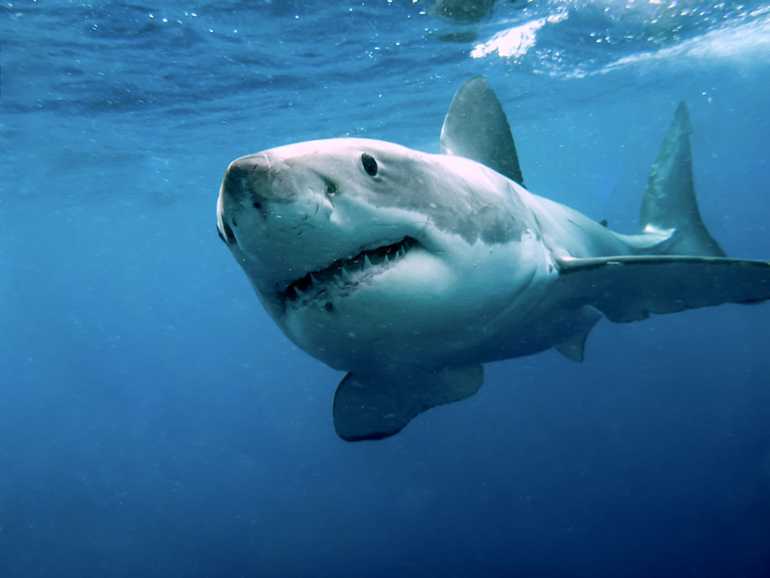 A 20-foot White Shark known as ‘Deep Blue’ which is said to be the biggest white shark recorded was spotted off the Hawaii coast.

The 20-foot female shark, the largest great white shark recorded made a surprise appearance off the Oahu coast, an island in the Central Pacific which is part of the Hawaiian island chain. The shark was spotted by the divers who took a swim with the shark and recorded a video. The shark bears similar marking as ‘Deep Blue’, the largest great white shark recorded.

The giant shark was spotted by divers who captured the unreal footage of the encounter while she was feasting on a sperm whale carcass. The giant and majestic creature approached the team’s boat to use it as a scratching post and was flanked by two dancing dolphins as she swam. The group of divers got close enough to even touch the shark. 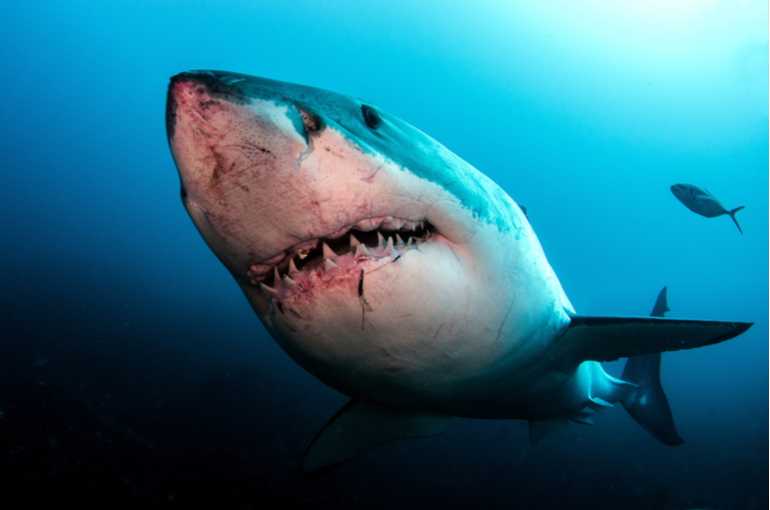 Ocean Ramsey, one of the divers said that the animal was believed to be at least 50 years old, and weighing around 2.5 tonnes, shockingly wide and maybe pregnant. They went out at sunrise and the shark stayed pretty much all day with them. The team was out on an excursion that day off Oahu’s North Shore, Ocean Ramsey was leading an expedition to monitor tiger sharks feeding on a nearby whale carcass when the massive shark approached their boat.

Deep Blue gained spotlight several years ago when she was spotted by a Discovery channel film crew during a Shark Week shoot off Mexico’s Guadalupe Island.

Sightings of great white shark are rare in Hawaii as the water is too warm, but this one came as a total surprise and shook the divers. While Deep Blue’s journey from Guadalupe Island to Hawaii might seem like a long way for a shark to travel, the creatures have known to be traversing the entire oceans.