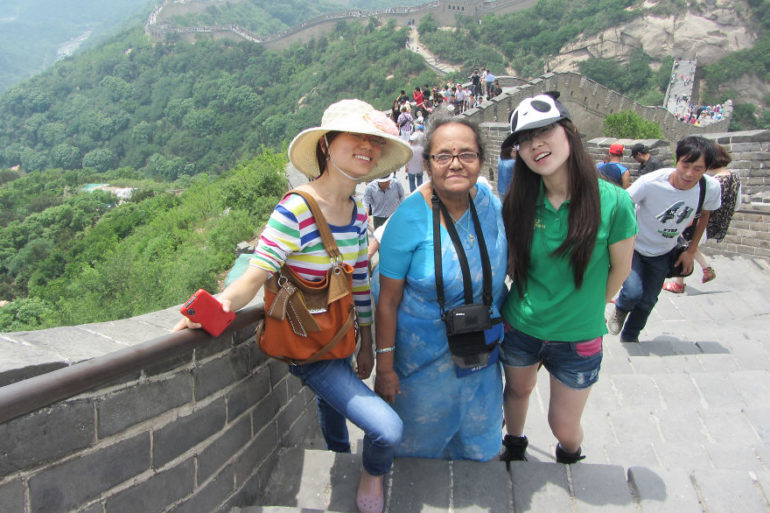 Draped in a saree, retired from National Library, single and breaking stereotypes by travelling the world alone – this Super Aunty is 79 years old & has travelled to 25 countries.

Itee Ghosh is a Bengali lady from a very middle class family. She wears cotton sarees, Khadim’s footwear and a bindi. She never travelled till the age of 48.

But today at 79 she has travelled 25 countries and almost all of India. Her confidence, conviction and carefree attitude gets a salute from us. The fact that she stepped out of her secure, middle class, working life in Calcutta is quite commendable.

Read More: This Solo Traveller Has Given Us Serious #AdventureGoals

Self-doubt and lack of confidence for women who want to travel alone? Her story gives you #goals

She started travelling in 1986 and took her first trip not to Jhumritalaiya but half way across the world to the USA. This was followed by a trip around Europe! She now follows her dreams, gathers life experiences and human stories from all around the world.

Itee Ghosh has been to the casinos of Las Vegas, Disney Land, Buckingham Palace, the pyramids of Egypt, the Great Wall Of China and most recently Mount Fujiyama in Japan!

I can’t talk about you, but for me, this lady right here deserves  a standing ovation. In a time when the youth love to travel with the motto – who knows what will happen later, Itee Ghosh redefines the term ‘later’. Passion has no excuses – ever!

Here’s a photo journey of some of Itee Ghosh’s travel tales! Also Read: Did You Know That India Houses Its Own Grand Canyon?

Dubai Desert with all her friends 2007

79 and still travelling! I can only hope I’m half as fiesty when I get that old!