Dubai To Get The World’s First Floating Kitchen 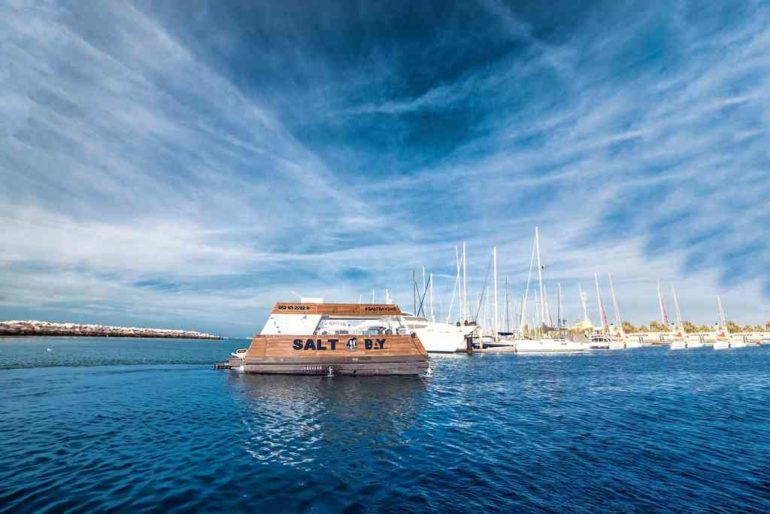 Is there anything Dubai can’t do? There’s no way to find out because the city has outdone itself again and has introduced the world’s first floating kitchen.

Dubai believes in making fantasies reality and has introduced Aqua Pod – the world’s first-ever floating kitchen. So how does it work? It’s really simple. The floating kitchen will be docked in the middle of the water and the neighboring yachts can signal the kitchen by waving a flag. Almost an SOS of sorts (hey, hunger is an SOS situation!). Goodbye Food Trucks! Also read: Atlantis The Palm In Dubai Is The Ultimate Holiday Destination

The kitchen will send out a speed boat to the yacht to take down the orders, prepare and deliver it back to the yachts. Aqua Pod will initially plans to start off operations in Jumeirah – covering Al Sufouh and Kite Beach. Smaller jet skis can also park and grab their snack. The kitchen will primarily sell burgers but eventually move on to pizzas and desserts depending on demand. Aqua Pod will run on electricity and there will be a separate trash disposal system. The concept of the Floating Kitchen was coined by Ahmad Yousuf, founder of Aquatic Architects Design Studio.

The Aqua Poda will also collect the excess wrappers thrown in the sea! How cool issat?