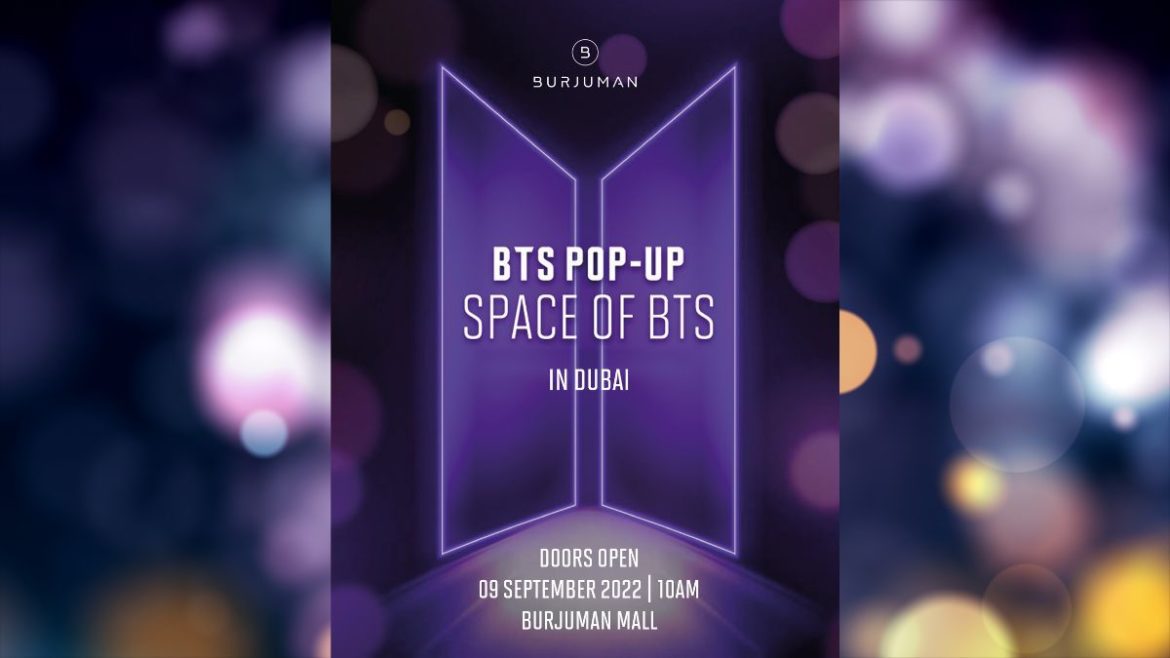 Korean culture has spread like wildfire to almost every nook of UAE. The popular band BTS is taking the town by storm with its rage. People are going frenzy over anything merely related to this brand. And in the heat of all this rage, Dubai welcome’s it’s first-ever space dedicated to representing BTS in Burjuman Mall. Yes, you heard it right, there’s a BTS-Pop-up-Space of BTS store in Emirates.

HYBE is the proprietor of the BTS POP UP: SPACE OF BTS, a temporary pop-up shop. It was previously known as Big HLt Entertainment. Through an interactive space complex where customers can enjoy BTS-themed picture zones and merchandise, the store promises to deliver premium goods and an exceptional fan experience to customers throughout the world.

They also built the SPACE OF BTS, which has been adored by fans worldwide, in addition to having other successful pop-up stores worldwide.

Due to intense internet expectations, SPACE OF BTS was a big hit throughout Southeast Asia, with long lines and a high rate of repeat consumers at the popups.

The BTS Army Is Excited About The Launch

Only 40 people can enter the popup on Level 1 of BurJuman Mall at a time when it is operational through December 8. Food, beverages, and pets are not permitted for fans to bring. Beginning on Friday, BTS Pop-Up: Space of BTS, a temporary store exhibiting more than 400 items inspired by the band’s music, albums, and members, will open at Dubai’s BurJuman Mall. The pop-up shop will have numerous BTS collections using their hit songs Black Swan, ON, Butter, Dynamite, and more. Additionally, there is a designated area for the IN THE SOOP collection.