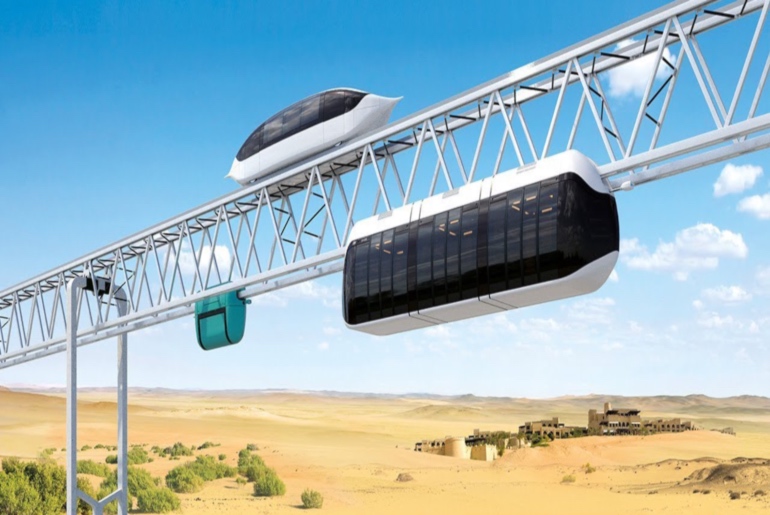 Dubai will soon boast a 15-km Skyway, a suspended transport system which will transport passengers atop the city’s towering skyscrapers. The sky pods can transport 8,400 riders per hour, per direction.

A 15km Skyway project is the latest addition to the list of things you can look forward to in Dubai’s. The new-age transport system will take you atop the city’s skyscrapers, giving you an aerial view of the city while dropping you off at your desired destination.

We approved a package of developmental projects to continue building Dubai as the world's best city. The SkyWay project, a 15-Kilometer urban transit system, will transport passengers along Dubai's skyscrapers through 21 stations. pic.twitter.com/bK1cgVtUR2

Now, that sounds straight out of a fairy tale, doesn’t it? Termed the ‘Happiness project’, the initiative aims to make Dubai the world’s best city.

The Skyway is a suspended transit system, that links vital pockets like the Dubai Financial Centre, Downtown and Business Bay. His Highness Sheikh Mohammed bin Rashid Al Maktoum approved the urban transit system, which will glide through 21 stations. The sky pods can transport 8,400 riders per hour, per direction.

Skyway to transport passengers along Dubai's skyscrapers.
The 'SkyWay' project is a suspended transit system that would link vital spots such as the Dubai Financial Centre, Downtown and Business Bay.#Dubai #transit #Transportation #luxurylifestyle pic.twitter.com/T6hRMU1KPW

And that’s not all! From Flying Taxis to a train from Dubai to Abu Dhabi, the UAE’s public transport is all set to head in a new direction. Meanwhile, have you had a glimpse of the UAE’s first self-driven car- Muse?