Dubai Sky Pods Will Soon Be The New Mode Of Transport 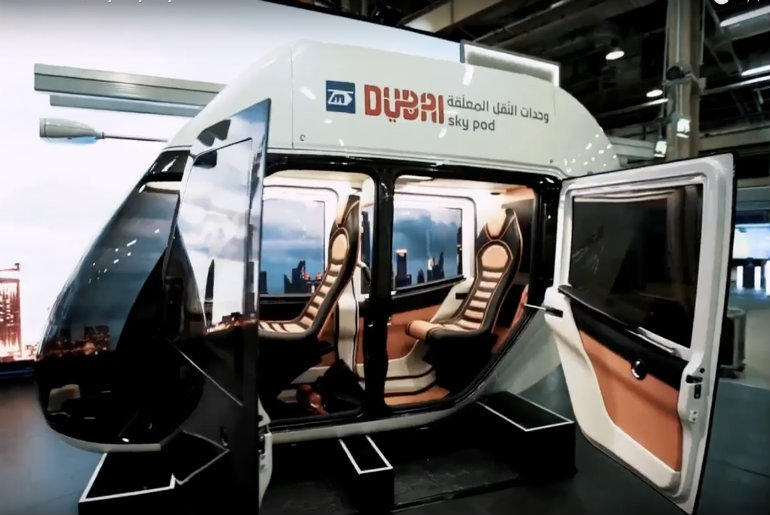 Sky Pods are the future of Dubai’s transport system & are proving to be far more efficient than conventional modes of transport!

Sheikh Hamdan bin Mohammed bin Rashid Al Maktoum, Crown Prince of Dubai and Chairman of Dubai Executive Council, inspected two models of ‘Sky Pods’ which is the latest project undertaken by Dubai’s Roads and Transport Authority, RTA. Dubai Sky Pods are a futuristic mode of transport in the emirate that uses an area of land that is 100 times less than conventional modes of transport of the same capacity. The pods use five times less power than electric vehicles and the system requires ten times less infrastructure than conventional transit systems of the same capacity.

The first model of the Sky Pod is the Unibike that can travel at a maximum speed of 150 km/h. It is a small-size, and lightweight mode of transport, fitted with steel wheels to move on suspended rails. Each unit can accommodate one to five riders and carry about 20,000 riders per hour. 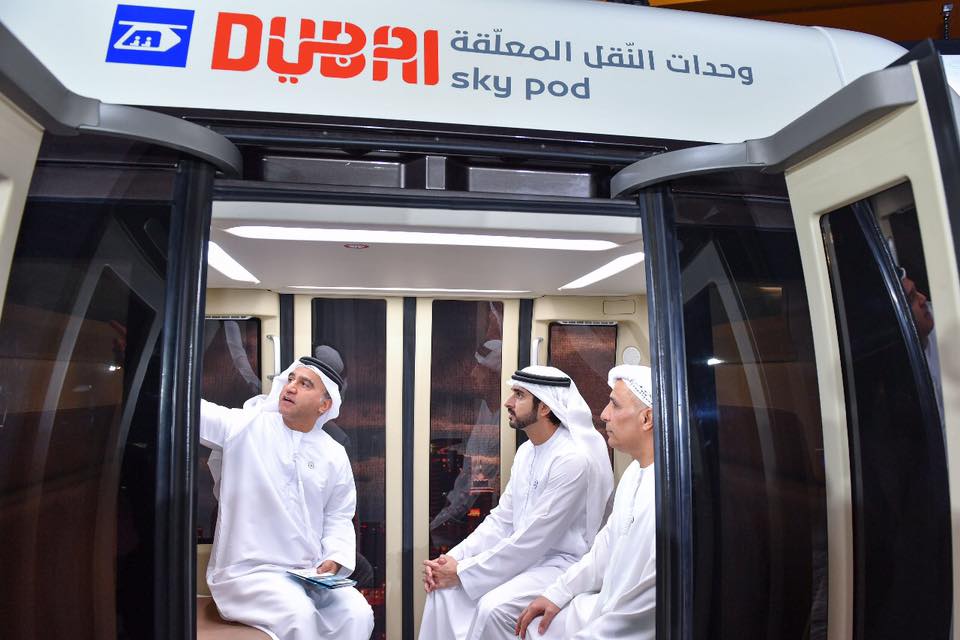 The second model is Unicar. It is designed to carry passengers for a distance up to 200 kilometers. These units have a stylish design & each unit can accommodate one to six riders that can travel at a maximum speed of 150 km/h. The Unicar network can transport about 50,000 riders per hour.