There is much about our blue planet that we do not understand and comprehend. From thousands of creatures living in the depths of the ocean to trees, herb, and shrubs that can be the answer to many of our ailments. Our Mother Earth is as mysterious as she is beautiful. One such mystery is the two poles of the earth. Previously, we have always thought that there are two poles are fixed however, things are not so simple. One of the north poles is shifting from its original place from Canada and scientists don’t know why. This is one story you don’t want to ‘shift’ away from. What Do Scientists Say?

As stated, scientists say that one of the north poles is shifting from its original place in Canada towards Siberia in Russia at a top speed of 50-60 km a year. While Earth has a total of three north poles, one geographic pole corresponding to Earth’s rotation axis, one geomagnetic pole that best fits a classic dipole, and one North Magnetic Pole, the purpose where magnetic flux lines are perpendicular to the surface. This movement, however, has been found from only one north pole.

As mentioned, the north Geomagnetic pole is different from the north magnetic pole. This is because the Earth’s magnetic fields aren’t exactly dipolar. A fourth, lesser-known and mentioned pole is that the instantaneous North Pole, where Earth’s rotational axis meets its surface and therefore the celestial North Pole. European scientists pointed out the drift of the North Magnetic Pole and explained the reason behind it. A team from Leeds University explains that this drift has been caused by the competition of two magnetic “blobs” on the sting of the Earth’s outer core. 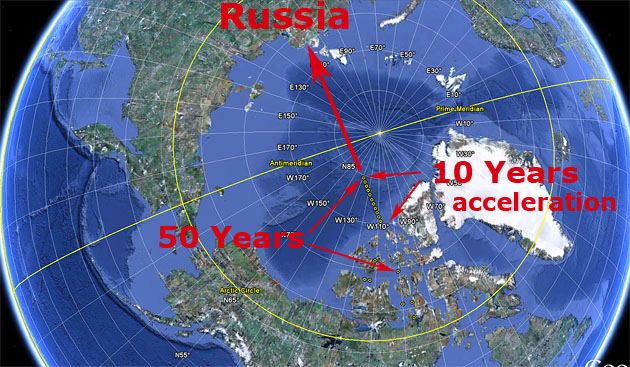 Why Is The North Pole Moving?

Simply put, the magnetic pole is drifting due to a change in the flow of molten material in the Earth’s interior. The new flow pattern has altered the strength of the regions above the surface having negative magnetic flux. Dr. Phil Livermore explained to BBC News, “This change in the pattern of flow has weakened the patch under Canada and ever so slightly increased the strength of the patch under Siberia…This is why the North Pole has left its historic position over the Canadian Arctic and crossed over the International Date Line. Northern Russia is winning the ‘tug of war’ if you wish .” 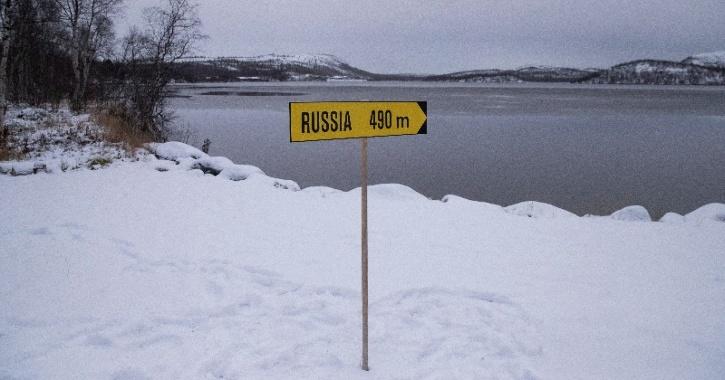 First identified by explorer James Clark Ross within the 1830s in Canada’s Nunavut territory, in no time movement of the north magnetic pole has been recorded since the 1990s. In late 2017 the magnetic pole came to within just a few hundred kilometers of the geographic pole. Dr. Livermore and colleagues were ready to record this movement using data from satellites measuring the evolution of Earth’s magnetic flux over the past 20 years. The latest model by the team predicts the magnetic pole to further move towards Russia, eventually slowing down. “Whether or not it’ll withdraw again within the future is anyone’s guess,” the Leeds scientist said. The shifting of the pole has also been accommodated in all navigation devices, including smartphones and their GPS. The team has now published its research within the journal Nature Geoscience.