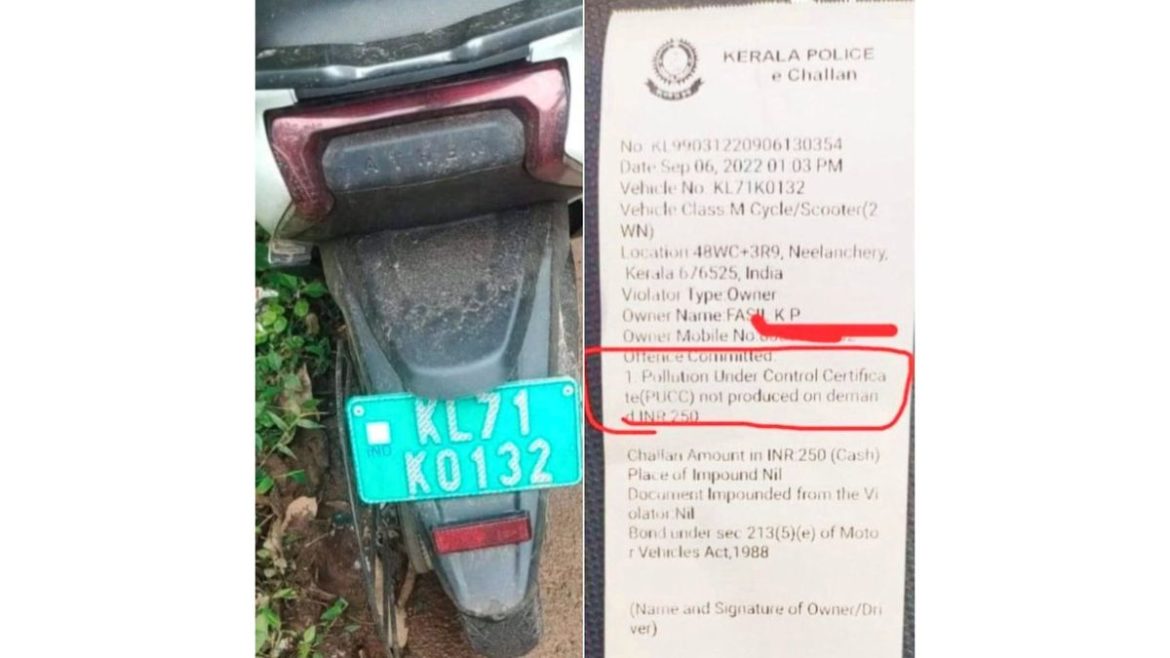 Electric scooters are slowly capturing the market as they have environmental benefits, are cost-efficient, and are also simple to ride. The best part of using an electric scooter is that it does cause pollution, unlike every other vehicle running on fuel. But something very strange happened with the owner of an Ather 450x in Kerala. It is an electric scooter and the owner had to pay a fine for failing to provide its Pollution Under Control (PUC) certificate.

It might come as a shock to many people but it actually happened in the Malappuram district in Kerala. The Kerala police charged a fine of ₹250 as the electric scooter rider failed to present the PUC certificate. Police charged the fine issued for ‘Pollution Under Control Certificate (PUCC) not produced on demand’. The rider was fined under Section 213(5)(e) of the Motor Vehicles Act, 1988. A collage of the electric scooter and the e-challan is surfacing on all the social media platforms. The incident is very recent and occurred on 6 September in Neelanchery.

Also read: Waiter Lifts More Than A Dozen Plates At Once; Netizens Are In Awe!

Ather electric scooter owner gets fined for not having a PUC certificate pic.twitter.com/9vcamJnLCc

This Is The Joke Of The Year!

People are laughing at it as we all know there is no need for a PUC certification for an electric scooter or any type of electric vehicle. Only vehicles running on fossil fuels and exhausting gas need to present a pollution certificate. Netizens are not at all happy with how the incident turned out. They are raising different questions on social media about this unnecessary fine. Also, a Twitter user tagged Tarun Mehta, the CEO of Ather Energy on the Tweet and he reacted and replied with a ‘Sigh’. Many social media users appealed to Nitin Gadkari, the Union transport minister.

@tarunsmehta Can your address this to the mass media please? Looks like the government and its officials have no sense of understanding on EVs

The Kerala police stated that it was a typo and the fine was for not carrying a driving license. The electric scooter rider could not show his driving license to the police, hence the fine.