Fire Breaks Out At Kamala…
UAE Announces Fuel Prices For…
Durga Puja Special: Kolkata Inmates…
Mumbaikars, You Have To Now…

Fire Breaks Out At Kamala Mills Compound, 14 Killed And Many Injured 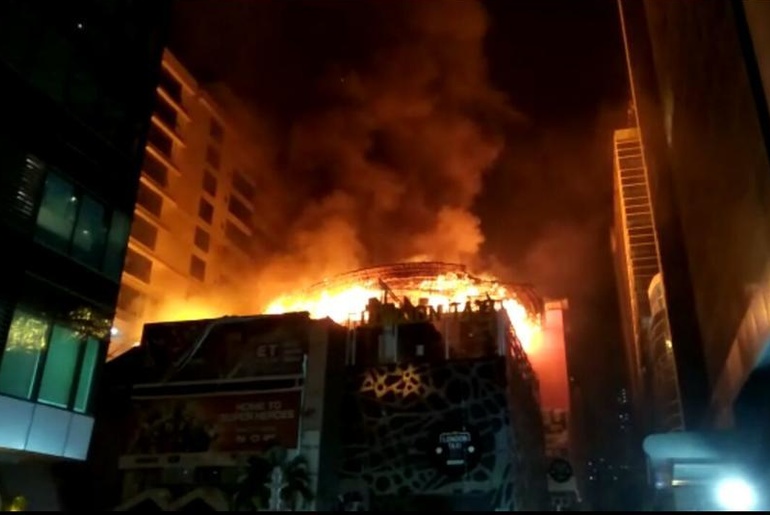 Shortly after midnight, a fire broke out at the Kamala Mills compound yesterday and it is estimated that 14 people have been killed.

Kamala Mills compound has been the commercial hub of the city since a long time and it suffered a terrible tragedy last night. The four-storey building at Senapati Bapat Marg suffered a fire shortly after midnight and it is estimated that 14 people have been killed already with 19 more injured. 2 guests are still in critical condition.

The people injured are undergoing treatment at KEM and Sion hospitals, and the rescue teams and water tankers were brought in to the scene quickly. According to the reports, the fire started at one of the restaurants and spread pretty fast to the adjacent restaurants. At the end of the scene, 3 restaurants suffered damage along with people injured. A 28-year-old woman who was celebrating her birthday along with her friends died tragically in the fire. Her body was identified by her boyfriend. Along with that, there are plenty of disturbed families of people who expired and are injured. Prime Minister Modi expressed his grief in the situation and wishes a speedy recovery to those who are injured.