A massive fire broke out in one of the duty free warehouses in the Umm Ramool area on 10 August. According to a Dubai Civil Defence spokesperson, the fire broke out at the warehouse in Umm Rumol area at 2.02pm. 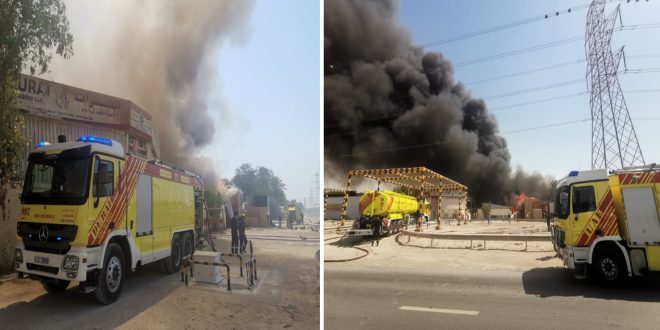 “Firefighters from Al Rashidiya fire station were dispatched immediately and they controlled the fire at 2.16pm without reports of any injuries,” the spokesperson said.

#Dubai Civil Defense has controlled a minor fire in one of the duty free warehouses in the Umm Ramool area, with no injuries reported. pic.twitter.com/XlKadd4UM2

The fire started off in the issuing yard of the DDF warehouse in Umm Ramool. All Dubai Duty Free employees were evacuated safely. Dubai Civil Defence promptly extinguished the fire and there were no injuries during the incident.