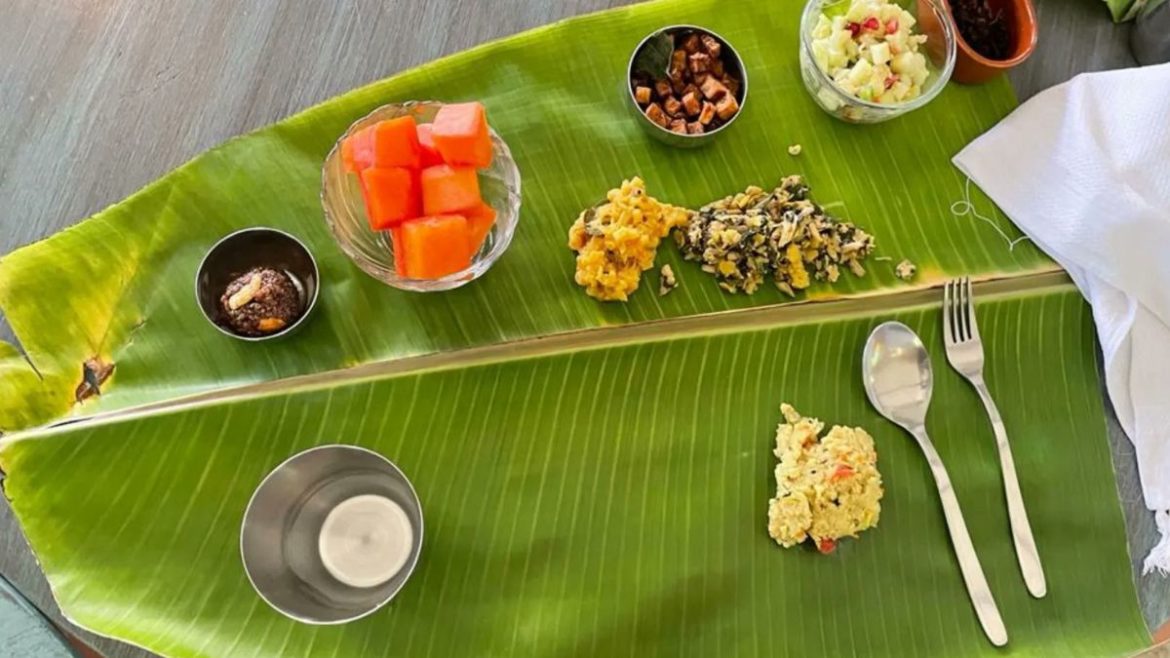 One of India’s ancient food traditions is of serving meals on banana leaves. It is said that there are numerous benefits of eating on banana leaf plates. Well, it does aid in making one’s lifestyle healthy, but additionally, it also helps in curbing a lot of necessary plastic pollution. Norwegian diplomat, Erik Solheim recently shared a snippet of his banana leaf plate with food. The foreign diplomat seemed to be extremely impressed with this ancient tradition of India. Read on!

Erik Solheim took to Twitter to appreciate the tradition of eating meals on banana leaf plates. In his Twitter post, Solheim wrote, ”Lets beat plastic pollution! This is how delicious Indian 🇮🇳 food was served to me at the beautiful Isha ashram in Coimbatore! Bravo @SadhguruJV @ishafoundation!”

Lets beat plastic pollution!
This is how delicious Indian 🇮🇳 food was served to me at the beautiful Isha ashram in Coimbatore!

Why Are Meals Served On Banana Leaf Plates?

This tradition of eating from real banana leaf plates has been a part of India’s food tradition for centuries. Real banana leaves are cut into different sizes to serve the food. They are super economical, eco-friendly and even supply nutrients to the body. It is also said that banana leaves have certain anti-oxidants that are great for the body too. Banana leaf has not only been used as plates but has several other uses too. Starting from being used for cooking, steaming, to even frying, the banana leaf has found its way into an Indian household in varied ways. Additionally, they are also toxin-free, and non-sticky, due to which they are preferred for serving meals.

These are only a few reasons why banana leaves should be used to eat your food.