Get Trendy With The Boozy, Glow In The Dark Bulbs At 145 In Bandra & Kala Ghoda 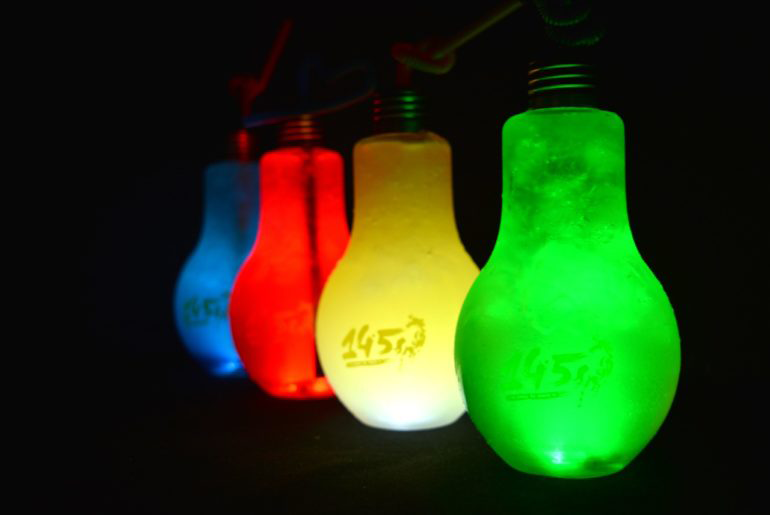 The coolest drinks in town are here are 145 at Bandra & Kala Ghoda.

145 is the first bar in Bombay to serve up trendy light bulb drinks. These cocktails are served in bulb shaped glasses and actually glow in the dark so get ready to get LIT AF! Taking inspiration from everything in nature that glows from fire flies or algal bloom; these cocktails are meant to be whimsical and playful. A quirky way to light up Mumbai’s nightlife! Choose from a variety of flavours such as the original LIT AF or Long Island Iced Tea, Sex On The Beach, Melon Jeera Masala as well as mocktail variations. This menu is sure to be the brightest thing in town so we suggest you hurry up and head over before these glow in the dark drinks take over your Instagram feed! Along with these illuminated drinks, 145 has launched a new cocktail menu that includes concoctions like the Coriander & Pineapple Sour which is made with whiskey, fresh coriander honey, pineapple puree, sea salt, lime, bitters and a float of red wine. Perhaps you can indulge your sweet tooth in a dessert style cocktail like the C, featuring salted caramel, popcorn syrup and apple juice balanced with citrus and egg white. For something more tropical, we suggest the Ceylon Sour which is made with dark rum mixed with Ceylon cinnamon, pear syrup, cranberry juice, lime and egg white. Each of these drinks offers a unique, innovative combination of flavours that will have your taste buds dancing, and asking for more! You can ask for any cocktail of your choice to be made in as a light bulb drink so your choices aren’t limited.