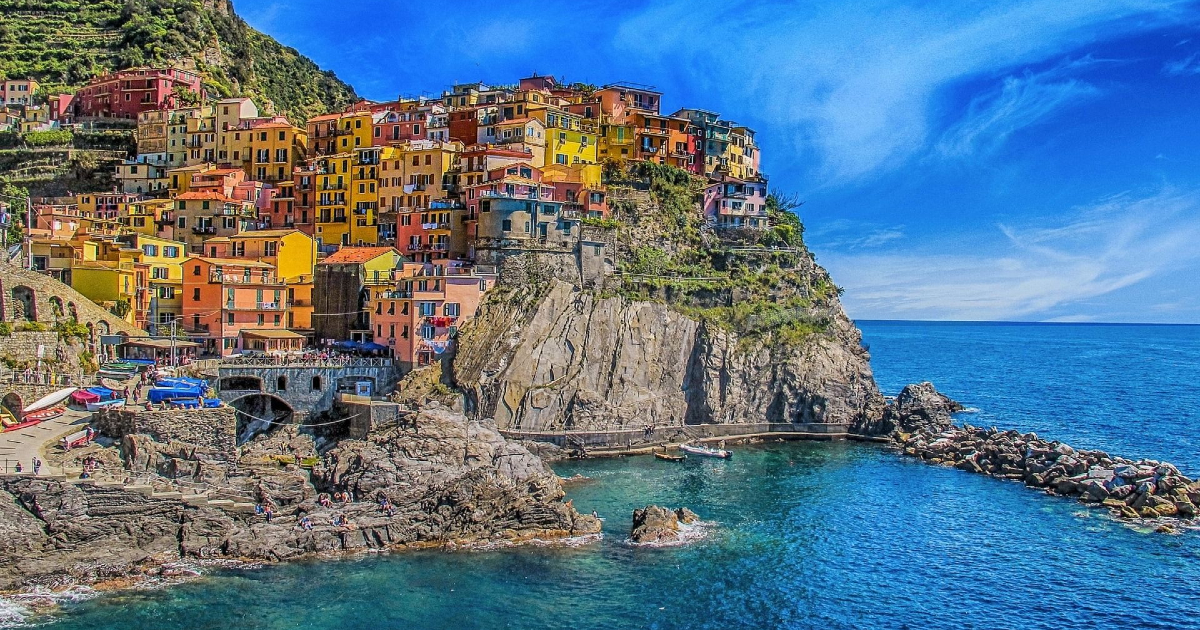 We’re already tired of staying indoors and many of us are dying to break free from the prolonged captivity of lockdown. Though it isn’t safe yet to step out,  instead of feeling sad about it, why not make some cool travel plans? Once all this ends, we can escape to the beaches or mountains or maybe to some lesser-known, magical towns. Here are 10 such breathtakingly beautiful towns that will definitely help you get over your quarantine blues.

Dubrovnik is a picturesque city that sits on the magnificent, spotless blue Adriatic sea in southern Croatia. It is home to some quaint monuments, pictorial alleys and arresting natural beauty. Also, it is one of the prominent cities where the famous Game of Thrones has been filmed. The historic city of Bruges is the capital of West Flanders in Belgium and is also the largest city in the province. If we were to define a fairytale coming alive in front of the eyes, that’s exactly how Bruges looks like. It is known as one of the best preserved medieval European towns and is a melting pot of medieval art and cultures. Not to miss out are the long list of iconic museums in this city. Some noteworthy among them are Archaeological Museum, Museum of Folklore, Gruuthusemuseum and Guido Gezelle Museum, among many others. Pretty is that one word that can perfectly define the facade of the Chefchaouen city of Morocco. It is located on the Rif mountains in the northwestern part of Morocco. The warm blue colour throughout is not only pleasing to the eyes but can also be a therapy for the stressed soul. Also Read: The Vatna Glacier In Iceland Is The Largest Ice Cap In The Country

What differentiates this town from the other parts of the world are the monolithic rock-hewn churches. The edifices of these pilgrim sites aren’t just rare, but they speak of antiquity in volumes. The ancient town is located in the Lasta Amhara Region of Ethiopia. Here’s something that looks like the Hogwarts school of Harry Potter. It is actually a tidal island that encompasses a monastery. The island is nestled on the bay where the coastlines of France’s Normandy and Brittany regions collide. The island can be viewed from far off distances. Soaking yourself under the sunlight by the beach while gazing upon the clean, extensive water body and a long seashore merging with the mountains just before the horizon! Did you utter wow? Let the dream come true at this mystic tropical island in Brazil. Huacachina is derived from the word wakachina, which is believed to be a shortened version of wakachina qucha which means hidden lagoon. This is a small town built around an oasis in southwestern Peru. If you want to experience the beauty of sand dunes at its peak, this destination must be on your bucket list. Also Read: Get Onboard These 5 Beautiful Virtual Train Journeys From Your Home Right Now

Hallstatt is like a piece of art created with the masterstrokes of a renowned artist. From eye-catching pastel-hued buildings and cobblestone paths to the stretch of lofty mountains and lush greenery, everything about the place is absolutely mesmerizing. Exploring this town is like walking through a real painting. This is another coastal area in Italy that features colourful buildings, rugged terrains and a gorgeous expanse of water. It is located in the northwestern part of Italy and comprises five beautiful villages. A hiking trail, known as the Sentiero Azzurro or Azure Trail connects the five villages. A part of the trail has been closed now, but people can still walk between the villages. This European gem has one of the best scenic views of the world. The island is located on the Aegean Sea and has been an inspiration for many poets, writers and directors. It was a popular shooting spot for movies like Santorini Blue, Summer Lovers and even the Hrithik-Katrina starter Bollywood hit Bang Bang. Also Read: These Guys Are Recreating Their Good Ol’ Travel Photos And Here’s How!

You are already back to your travel mode, we know! So turn to the internet and start planning the itineraries right now. If your plans are ready, travelling will be easier when things get back to normal.