What comes to your mind when you think about Iceland? Is it the magnificent Northern lights, or the ravishing geysers? If you didn’t know, the island country is also home to Europe’s second-largest glacier, the Vatna Glacier, which is locally known as Vatnajökull. Located inside the Vatnajökull National Park, it is like a fairytale dream coming true for every wanderlust. There are many reasons to visit Iceland, and Vatna Glacier is definitely a good one.

The Vatna Glacier is the largest ice cap in Iceland, covering about 8 per cent of the country. The term ‘Vatnajokull’ stands for ‘river glacier’. True to its name, the extensive glacier has given rise to some of the most gorgeous glacial rivers of the country. Also, it is the origin of more than 30 outlet glaciers. Glacier in Iceland is known as ‘jökull’, evident from the names of these outlet glaciers. Some glaciers flowing from the Vatna Glacier are Brókarjökull, Falljökull, Brúarjökull, Síðujökull and Tungnaárjökul, among many others. Roughly, the glacier is spread across an area of about 7,900 km² and its average thickness is almost 3,120 feet. What’s more stunning is, it sits on an active volcano. The last volcanic eruption at this glacier, Grímsfjall, happened in the spring of 2011. Also, it gives rise to spectacular ice caves in summer.

Also Read: Indians Can Now Travel To US Or Canada Via Iceland For Only Rs 13,499! 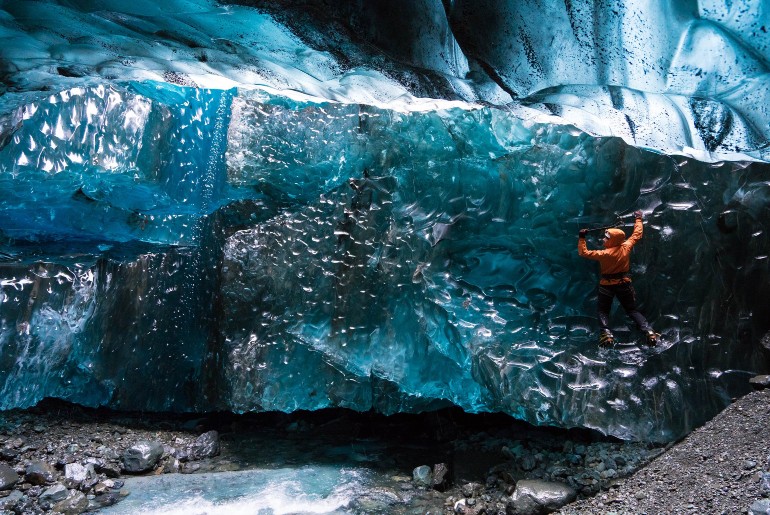 This Glacier Featured On Game Of Thrones

The glacier has been featured in scenes of many movies such as Die Another Day, A View to Kill and Batman Begins. And if you happen to be a Game of Thrones fan, you’ll be thrilled to hear that the second season of the series was shot here too. Can you relate the scenes now? 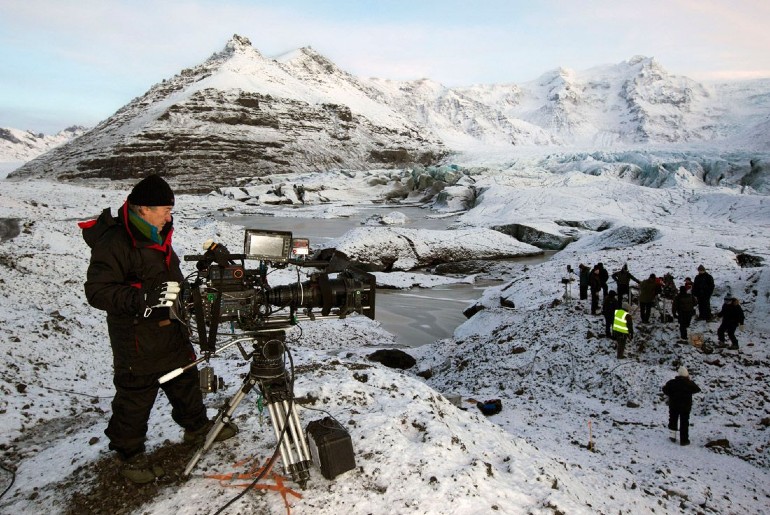 Already up for exploring the ‘heaven on earth’ virtually? Get ready to be lost in the spell of the icy wonderland. back in India, Sikkim has a gorgeous frozen lake which can give good competition to the frozen lakes of Iceland. So check out this video to know more.