The Groovy Bars Of San Francisco 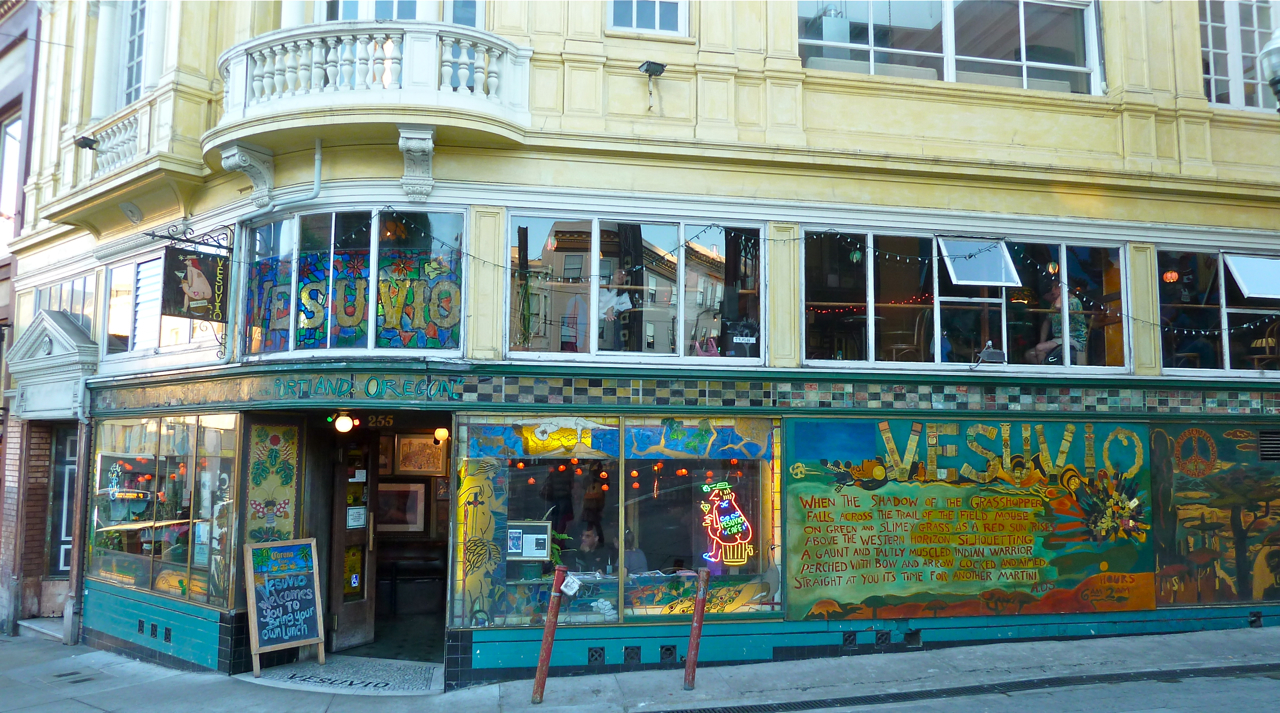 When you are in a new city called San Francisco, and there is the urge to get some local brew into the system. Try, Californian wine, locally brewed beer or just cocktails from a chatty bartender at some of the best bars listed below.

Blackbird is on the busy Market Street near Duboce Triangle.  “It’s a great neighborhood bar with an eclectic crowd and exquisitely trained bartenders,” says Jolie who likes her Chardonnay super dry.
Blackbird uses fresh ingredients in their mixes. Bartenders read ‘mixologists‘ are the alphas. The drinks are well priced and the mood is light. For something more SF-esque hit Vesuvio in fashionable North Beach. Named after the volcano in Italy, Vesuvio is an old-school gritty bar or saloon. Think gruff, not fancy, but rich in character and history. Photo courtesy: from a brooklyn basement

Head over to the trendy Mission district and check out Lone Palm. A dive from the outside but inside the tables have linen and dotted with snack dishes. Its got “an old-school vibe” says my friend Saima. Lots of first dates happening. Blondie’s Bar on Valencia is where you guzzle Martinis. Relatively cheap , given their pours are large; 16 ounces!
Cool names like The G Spot and The Deep Blue Funk ought to keep you going.