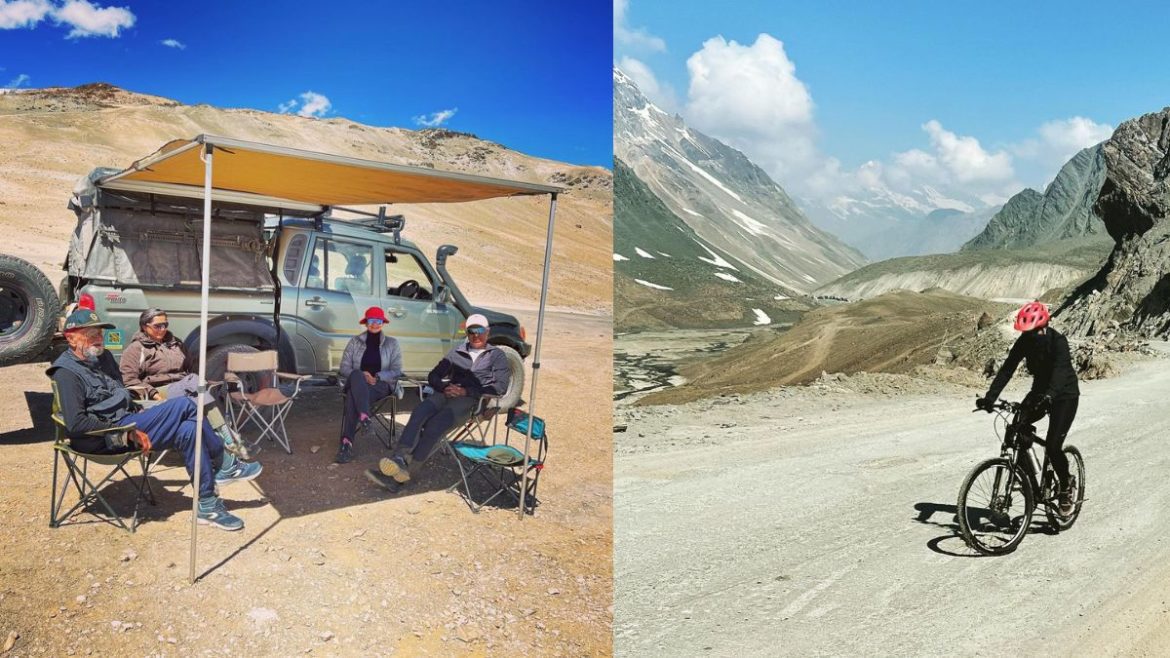 The three things that can be consistently seen on Gul Panag’s Instagram handle are her love for travel, fitness, and adventure. This time the actress is on a vacation with her family. She is on a cycling trip to Ladakh and is constantly sharing updates from her vacation. Although Gul Panag has been to Ladakh before also. Her pictures are a feast for the eyes. Gul Panag, her son Nihal and her husband Rishi Attari can be seen relishing in mother nature. In one of the frames, we also saw her parents, might be possible that her parents have also joined her on the vacation.

“Water So Clear and Icy Cold”

Gul Panag posted a picture on Instagram with her family and captioned it as Water so clear and icy cold… In these pictures, she was seen having a gala time with her family. The Dor actress mentioned that her son coaxed her to get in the ice-cold water. Gul Panag also shared how her whole family was cherishing the viewpoint of Tso Moriri.

Actress Gul Panag is on a bike tour to Ladakh. Because it’s not her first visit to Ladakh, there have been many changes since her trip to scenic spots, Star said in her new post. She explained that she last stayed in Ladakh in 2002, saying that returning to that place only proved the effects of climate change. Gul Panag shared a series of images 20 years ago with her recent trip “Pedalling to Ladakh. Climate change is real! We first went to Ladakh in 2002. On a bike. Back then, at the end of June, Baralacha Pass had 12 feet of snow (swipe to see older photos, featuring Rustom Attari and SS Panag). Now it was just rocks, bad roads, and dust.”

The actress further added that the real challenge was to ride our bicycles on non-existent roads. It’s the first major pass and it’s hard not because of its height but because it’s the single largest transition in altitude. She also said that this climb to Baralacha made her pray more in recent times.