Gulmarg, which means meadow of flowers, is set amongst the astounding backdrop of the Pir Panjal Range in Kashmir and is known for its valleys, streams and scintillating slopes, which fascinate both skiers and hikers alike. It is a renowned skiing destination in the country and has so much to offer in terms of adventure sports.

Skiing Courses To Be Introduced In Gulmarg

Now, in a bid to promote adventure tourism, Gulmarg is all set to introduce skiing courses in the Kashmir valley, which will be conducted under the supervision of Skiing Association of Gulmarg in association with youth sports and services. The slopes in Gulmarg are perfect for skiing and hence introducing skiing courses will give much-needed boost to the tourism industry. 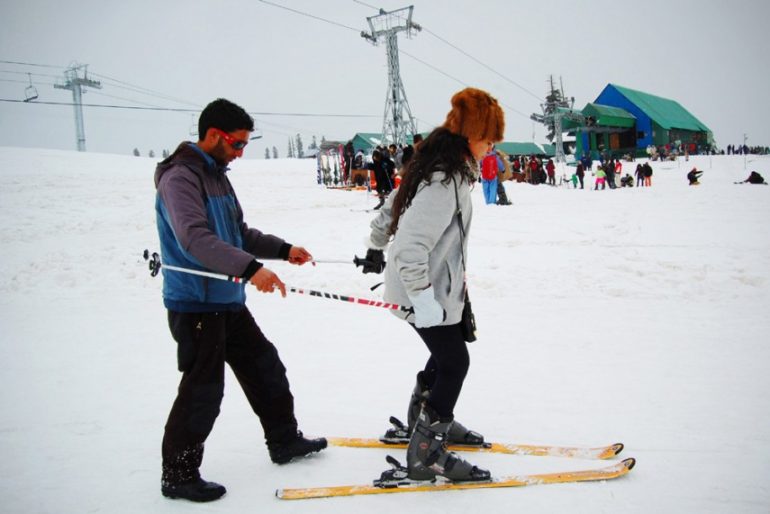 Also Read: Kashmir Tops The 2019 List Of ‘Most Searched Vacation Destinations In India’

What Else Does Gulmarg Have To Offer As A Tourist?

Gulmarg is home to the highest golf course in the world and also has one of the highest Gondola Cable Car Lift in the world too. Apart from skiing, Gulmarg offers a host of other snow sports during winters such as tobogganing, snow boarding and even heli-skiing. Hell ya! ;p

Gulmarg is popular both during summer and winter seasons. So if you cannot make it till March-April, do not worry, the valley will still welcome you in the summer with lush green meadows, flower beds and sublime lakes.

Kashmir, one of the most beautiful destinations in the world, was facing an Internet shutdown for the longest time, following the abrogation of Article 370, which had crippled the valley’s economy as local businesses and tourism were hit. Internet services were restored in the valley after a period of six months.

So plan that trip soon! This place, which is literally heaven on earth, awaits you and needs you more than ever.

Also Read: Kashmir To Be Connected To Rest Of India Via World’s Highest Railway Bridge In 2021!