Have You Visited The ‘Rainbow Mountain’ In Peru Yet? 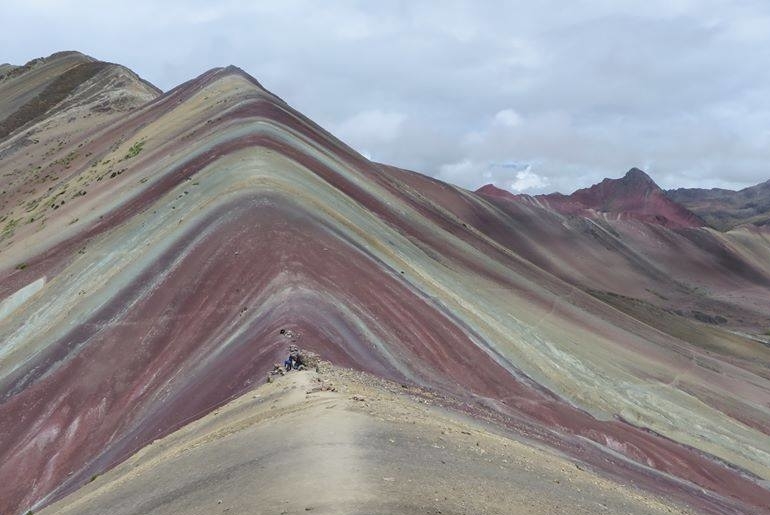 Rainbow Mountain is a colourful mountainside found in the Andes of Peru which has become a popular tourist spot now.

Standing at 16,000 feet, looking at a Rainbow coloured mountain may seem photoshopped at first glance but the alien soil is in-fact real. The colourfulness of the mountain comes from sediments formed by mineral deposits thousands of years ago.

It is hard to believe that this nature’s work of art was discovered merely 5 years ago according to the locals. It has quickly gained the much needed attention it craves and has become a highlight for hikers visiting Peru. Over 1000 hikers are led by tourist guides to the Rainbow Mountain or Vinicunca as the locals call it.

Also read: A Waterfall Inside A Cave In Iceland Is A Sight To Behold There are about 1,000 hikers that go here on a daily basis to witness the sheer beauty of the Rainbow Mountain. Although this gives us a reason to worry about as it might lead to the destruction of the landscape.

Officially known as the Vinicunca, the cause of the appearance of this hued mountain could be the result of climate change. Due to global warming, the ice melted and a colourful mountain appeared underneath it.

It has soon gained attention not only because of its coloured brilliance but also because of the climate at the top of the mountain which is pleasant and the pure air will do all the wonders.