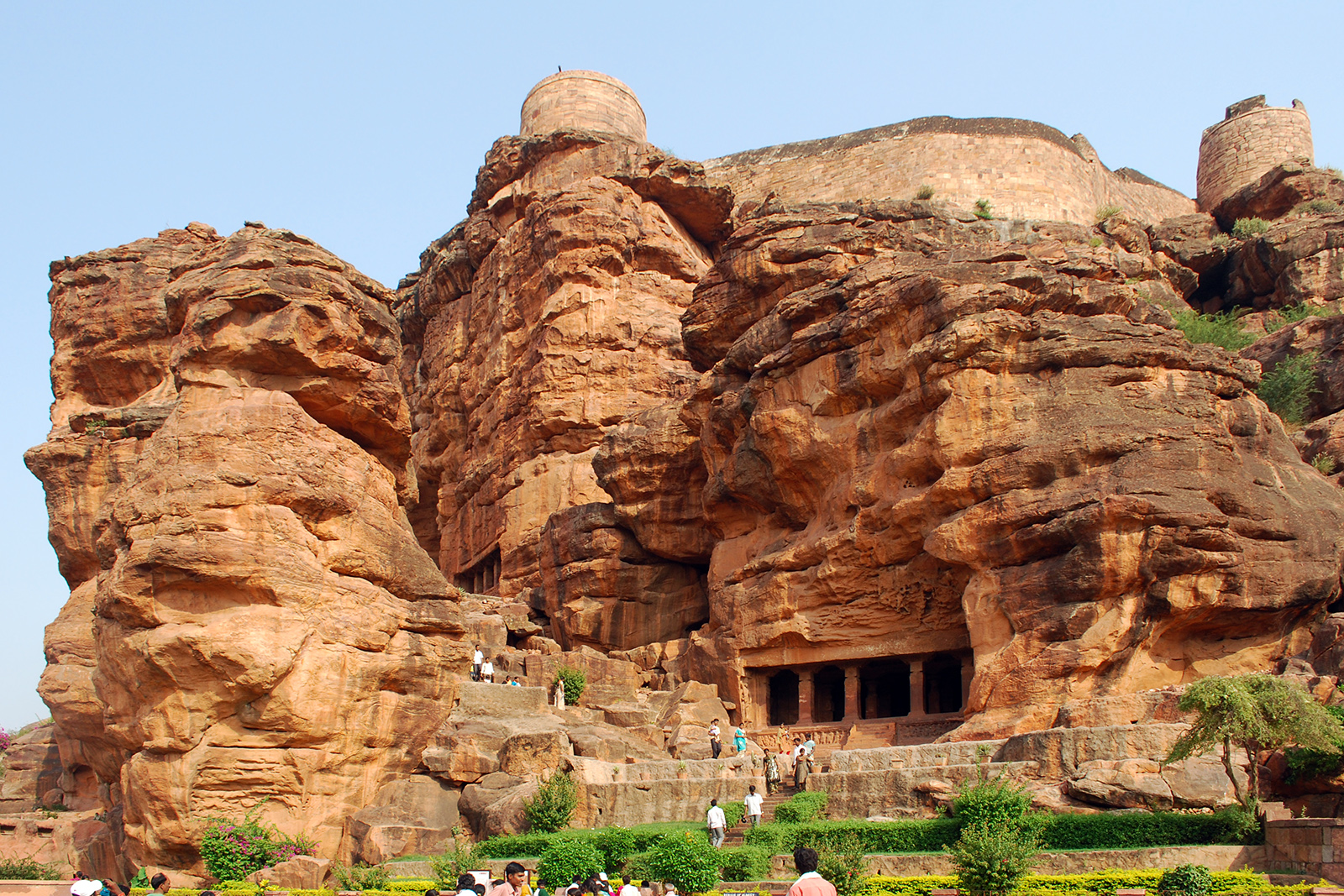 Witness the culture and heritage of the state of Karnataka at the Badami town which is filled with forts, temples and rock cut caves.

Badami, situated in Bagalkot District of Karnataka is 30 kms away from the district headquarter. Approximately 420 kms away from Hyderabad and 500 kms away from Bengaluru, this place represent the heritage of the state.

Also Read: Borra Caves Near Vishakhapatnam Is One Of The Largest Caves In The Indian Sub-Continent

Badami is a little town and one can actually stroll over its length in 30 minutes. The main street is loaded with lodgings, and restaurants as because of high tourism in the area.

There are a number of forts, temples, rock cut caves and inscriptions carved in the rugged outcrop of sandstone. Stands below the astounding Badami caves, you will spot and emerald green Agastya Lake. Also the fort towers above the rock cut caves have canons that watch the town.

Also Read: Fancy Reading A Book Seated In A Cave? Get Yourself To Kanheri Caves In Borivali

In the historical city of Badami, the side streets are lined with charming old homes and, from time to time, you may also stumble across a Chalukyan ruins.

Places to watch out for: Agastya Lake: Said to possess healing powers, this lake faces all the caves of Badami; surrounded by the red sandstone temples.

Badami Fort, Bhutanatha Temple, Open Air Museum and also the Banshankari Temple are also a few spots you should not miss. Also Read: Forest Hills, Tala: In A Forest Close To The Tala Caves

The station is well-connected to most Indian cities like Bengaluru, Mumbai, Pune via rail. The Badami caves are situated at a distance 5 kms from the station. You can also catch a bus from outside the station for Rs.10 and Badami Caves are walkable from city bus stand.