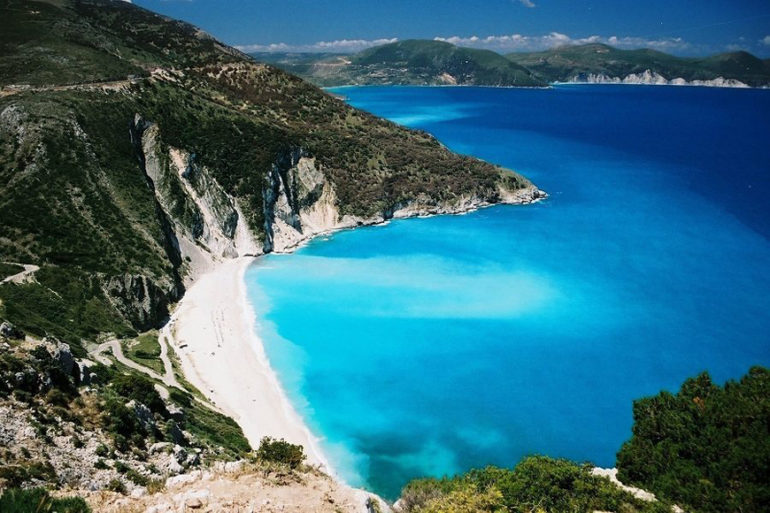 When I think of Turkey, I almost always relate it to Istanbul, Baklava and some delicious coffee. But food goals aside, here’s why you should visit the gorgeous city of Kusadasi in Turkey in the month of October.

The month of October is ideal to visit Turkey. Temperatures drop to 14 degrees at night and the day sees a maximum of 26 degrees. Temperatures average at a pleasant 20 degrees – which is ideal for vacationing. Late October also sees the first drops of the rains and who doesn’t love the first rains? Istanbul for a taste of Urban Turkey, Cappadocia for its caves and hot air balloons, and Antalaya for its beaches – these three are the major offerings of the culturally rich country. However, the lesser known Kusadasi is one Turkish city you cannot miss!

Also read: Top 10 Party Destinations In The World For A Perfect Bachelor Trip

The city of Kusadasi has everything you can ask for. Number one on your list should be Ephesus – the second biggest city of the Roman Empire. The Public Latrines in the city of Ephesus garners quite a few visitors. Why you ask? Because they were situated in a small courtyard – so your private business was not so private after all. Another astonishing attraction is a footprint that was believed to lead to a whorehouse back in the day. The Marbled street can be best viewed from the Roman Terrace houses. They once were the pathway for major ceremonies and led to The Grand Theatre that could seat around 24,000 people at the centre of which important matters were discussed and social functions held! 2. The Library of Celsius

Another attraction would definitely be the Library of Celsius that held the largest collections of literature in the ancient world. It was built in honour of the the Roman Senator, Tiberius Julius Celsus Polemaeanus and was built in 92 AD! There’s a single hall that faces the morning sun and honestly, that’s the best time to visit this gorgeous structure

3. The Beaches Of Kusadasi

Those of you who’d rather laze around on the beach than take guided tours of the past, walk along the shores of the Aegean Coast. From Ladies Beach, Silver Sands beach to Love Beach pick any for a sun-bath kind of day. The Pamucack beach lets you swim with horses! Yes. But you’ll have to trek a little to gallop in the blue waters. For a panoramic view of Kusadasi, the Pigeon Island that also houses the Byzantine Castle is an ideal location. A two-hour road trip from the city of Kusadasi will bring you to the most beautiful natural wonder on planet earth. You may have seen this exotic location in movies or pictures, but may not know where exactly it is. Pamukkale that literally translates to ‘Cotton Castle’ in Turkish is a white terrace of travertine where you can find snow white limestones and hot springs. The place is that it’s situated in the ruins of the Greek-Roman city of Hierapolis. Isn’t that remarkable? A natural and a manmade wonder, Pamukkale is a UNESCO World Heritage Site. A country’s culture is also best explored through its food. And in a multi-cultural country like Turkey, you know they have a lot to offer. All of you with a sweet tooth, relish in the Lokum (Turkish Delight) or the famous Turkish Baklava. Meat lovers can find food heaven in the Döner kebab or the meat on the stick Sis Kebabs. One can also indulge in the traditional Mezze or have a taste of Lahmacun often mistaken as a Turkish pizza! The best of street-food is the Gözleme, a savoury crepe like dish made of flatbread with meat, cheese, vegetable fillings cooked over a griddle. Scrumptious Treats in the markets of Turkey