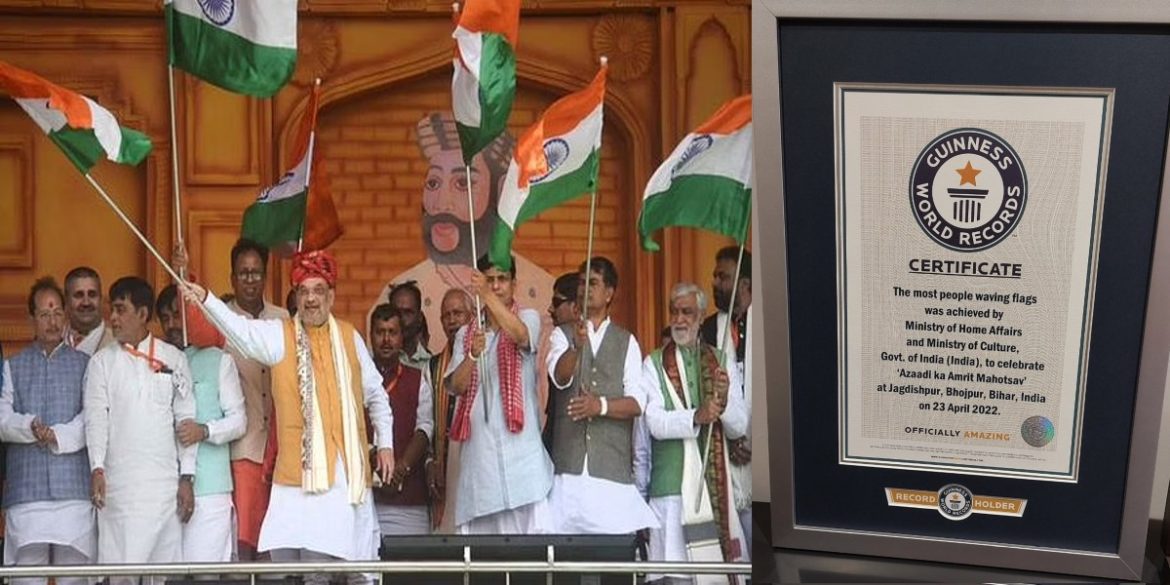 On April 23, India created history by entering the Guinness Book of World Records for waving 78,220 National flags simultaneously. Waving the most number of tricolours at the same time, India has beaten Pakistan’s record for the same. Union Home Minister Amit Shah was present during this historical event that took place at the ‘Veer Kunwar Singh Vijayotsav’ programme at Bhojpur in Bihar.

Union Minister of State for Home affairs Nityanand Rai revealed to ANI that India waved over 78,000 tricolours simultaneously during the birth anniversary of the legendary freedom fighter Union Minister State for Home affairs Nityanand Rai during the Azadi Ka Amrit Mahotsav in Jagdishpur. Attendees wore bands for physical identification and waved the National flags with pride for full 5 minutes. With this feat, India entered the Guinness World Record for waving the most number of National flags at the same time.

India enters Guinness Book of World Records for waving over 78,000 national flags at once

Rai further stated that waving such a large number of flags together in unity, voluntarily by the people of Bihar was commendable. Veer Kunwar Singh defeated the East India Company in his last battle on April 23, 1858. The freedom fighter died in service to India after taking down the Union Jack flag at the Jagdishpur Fort. India broke Pakistan’s previous record of waving 56,000 flags simultaneously, 18 years ago at an event in Lahore.