Kolkata’s Indian Coffee House is a nostalgic ‘Adda’ for not only the students around but also the office goers and intellectuals of Kolkata. It is a place where ideas are exchanged over coffee. Discussions here range from campus, study plans, politics, business, economics, marriages, sports, films, music, future plans and almost everything. The tables and chairs at this coffee house have been participants of an infinite number of stories and conversations.

Albert House, Which Was Founded In 1876, Was Converted To Coffee House In 1942

With the cultural history behind it, the Indian Coffee House, Kolkata is a nostalgic hot spot in the city. In 1876, Albert Hall was founded in the College Street area of Kolkata. In 1942, it was converted into a coffee house by the Coffee Board. The Indian Government named the place ‘Coffee House’ in 1947. Today, it is one of the most iconic heritage eateries in Kolkata. 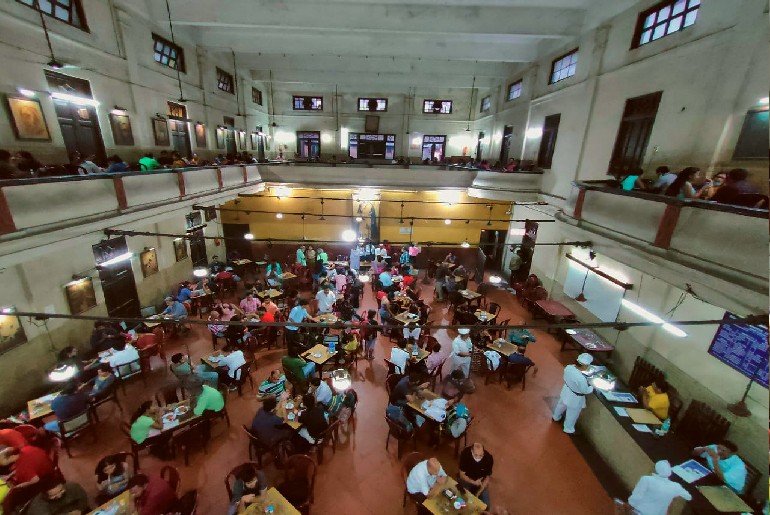 Over decades, Coffee House has been a favourite with writers, poets, artists and political leaders. Great artists such as Rabindranath Tagore, Satyajit Ray and Amartya Sen have been regular patrons of this “Adda”.

The Indian Coffee House in Kolkata was renovated in the year 2009. With paintings and portraits of great bong leaders like Rabindranath Tagore, the adda has its own ancient appeal that is unmatched to that of any other place in ‘Calcutta‘. 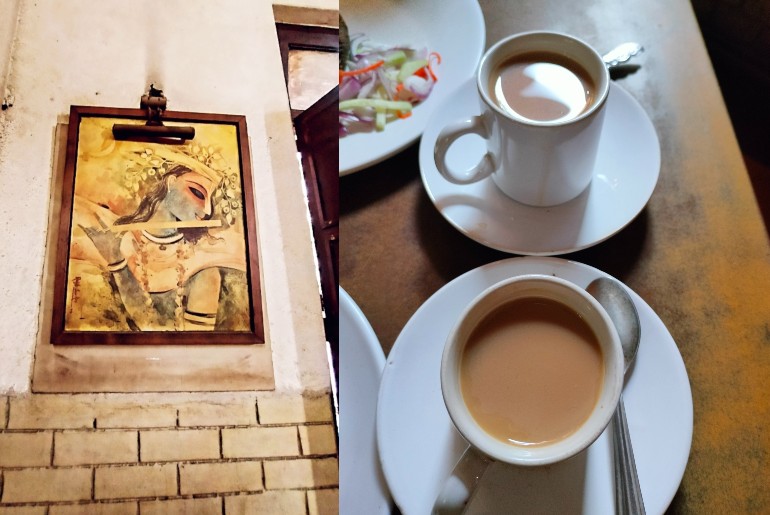 Also Read: Kumartuli Is A Museum District Of Art In Kolkata

What To Eat And Drink?

Chowmein and cigarettes are constant here!

Along with coffee, the Indian Coffee House also serves a slew of authentic Kolkata snacks like fish fry, chicken cutlet, mutton cutlet, chicken chowmein, fish kabiraji and more. With a variety of chicken and fish preparations, Indian Coffee House has the best snacks and chop cutlets. The best bit is, the beverages and dishes here are highly affordable. Black Coffee ( infusion) comes at just ₹18 here and milk coffee comes at ₹22. 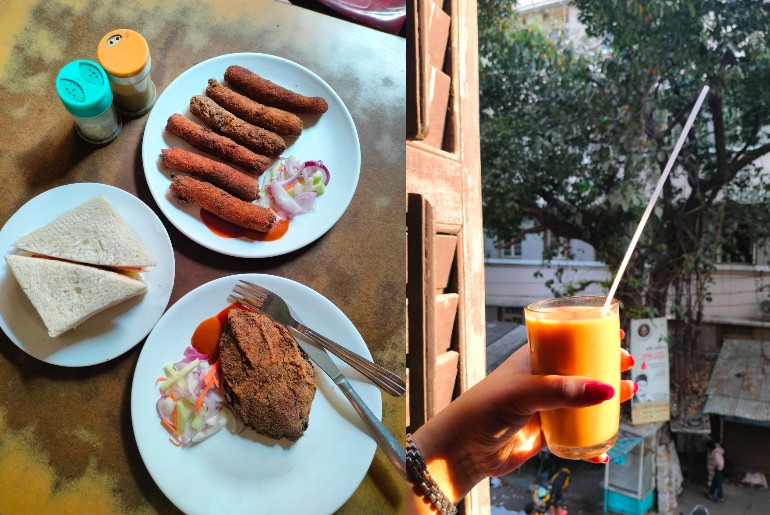 The cold coffee is priced at ₹40. One section of coffee fanatics adores it as it is super lightweight, while the other section wouldn’t order it for the same reason. But we suggest you should try it once. As if you love it, you might keep going back to the place solely for it, It is a no-frills cold coffee without any cream or heavy toppings and is thus profoundly soothing. 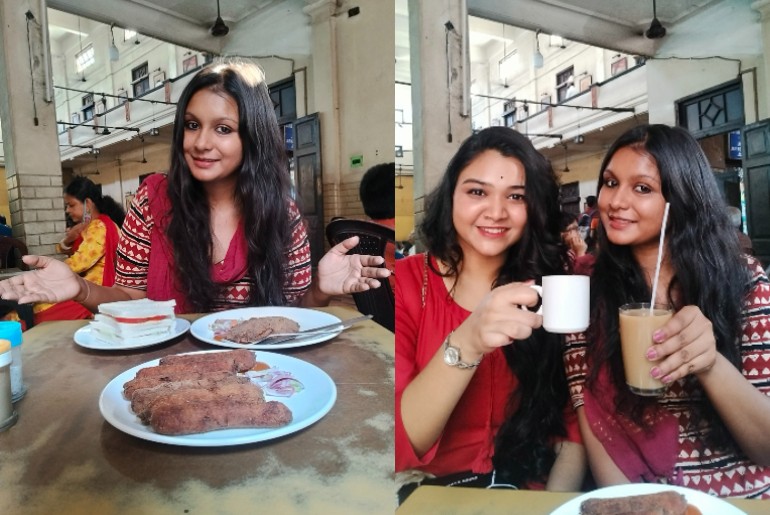 Also Read: Have You Heard Of The Bauls Of Santiniketan?

You can listen to the stories the waiters have to tell here: From people like Netaji Subhash Chandra Bose, Sunil Gangopadhyay, Satyajit Ray, and many more. It’s the Adda of many Calcutta celebrities like Aparna Sen, Manna Dey, Amartya Sen etc. 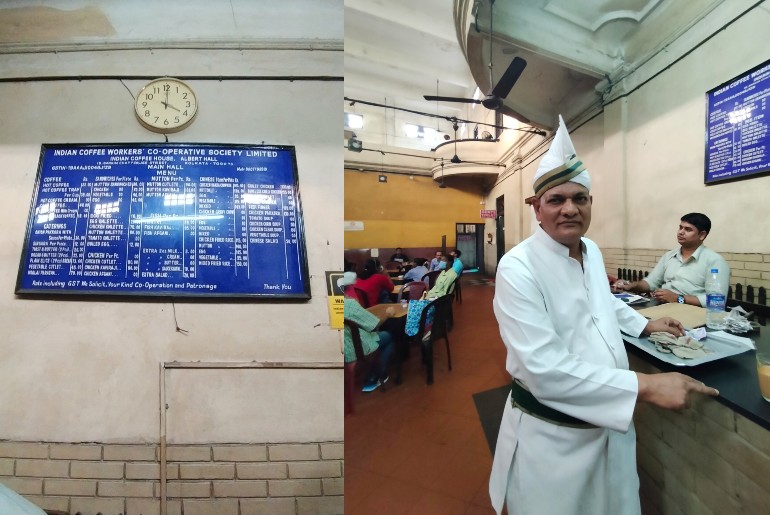 The Indian Coffee House recently opened a new outlet in Kolkata’s Newtown too. But if you want to sip on coffee with an old-world charm, you should always visit the original one!