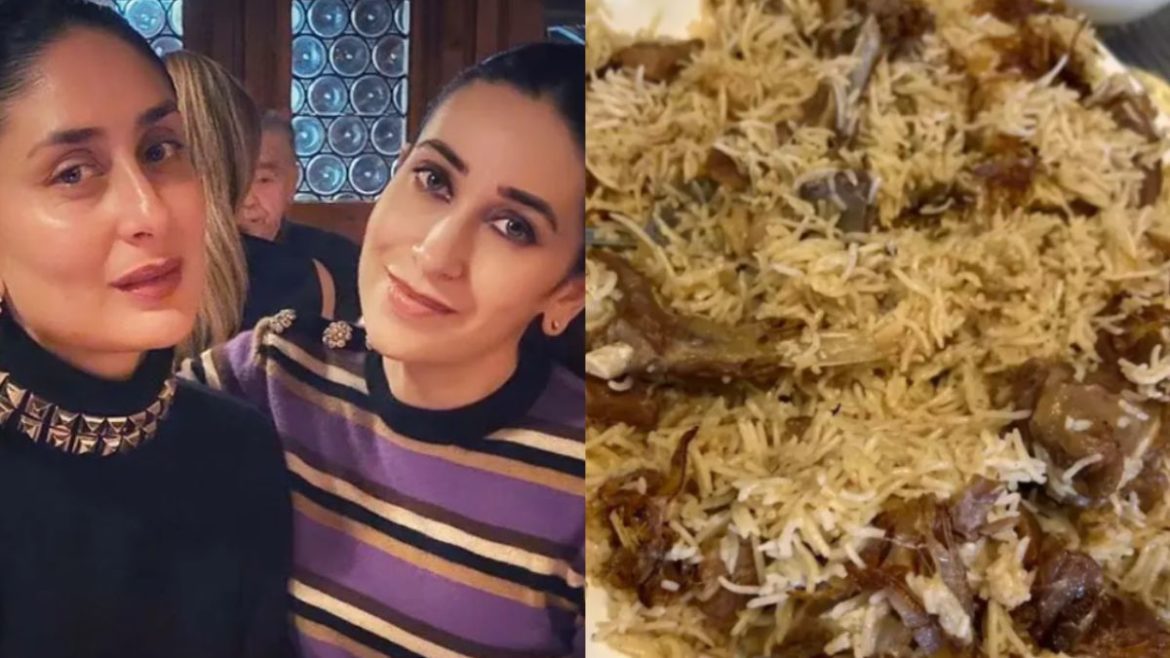 Bollywood celebs are big-time foodies and we have time and again seen them gorging on yummy meals. Recently the Kapoor sisters, Kareena and Karishma, were seen enjoying yummy platters of Biryani. So much so that they ended up having a food coma. Well, it’s no secret that the Kapoor family loves eating and Kareena Kapoor & Karisma Kapoor often keep fans updated about their food diaries. Recently, Lolo took to Instagram to share how both the sisters enjoyed a family lunch over some yummy biryani and we are drooling!

The Kapoors, along with being great foodies, are also a family who enjoy lunching together. Kareena Kapoor and even Karishma, often share glimpses of the whole family getting together over lunch or dinner and it’s almost like a festive affair. So when Karishma shared how she and Bebo went into a food coma after their recent family lunch, we totally expected it, given their grand arrangements every time. Karisma Kapoor recently took to her insta stories to share a delightful platter of mutton biryani garnished with fried onions and dry fruits and some jeera aloo in the background. Her caption read, “Back at it. Family lunch.” She also added a ‘Food Coma’ sticker on her drool-worthy biryani story. 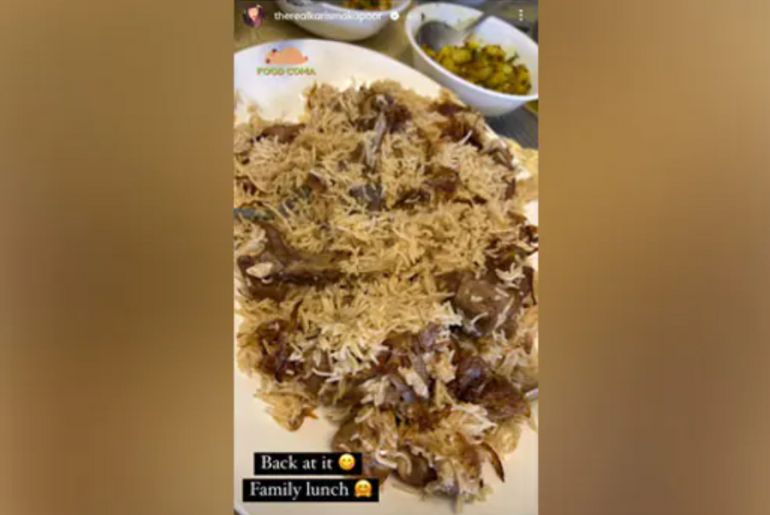 Kareena Kapoor Also Enjoyed Some Coffee On Koffee With Karan