Kolkata Opens A Museum Based On Indian Freedom Struggle In Trams

If you want to enjoy a tram journey in India, you have to visit the city of joy Kolkata. The city is also home to Asia’s largest second-hand book market, the iconic College Street. Blending the charm of the duo, Kolkata had welcomed its first-of-a-kind moving tram library on September 24, 2020, in College Street. And now, a Partition Museum related to the freedom struggle of India has also been set up inside Kolkata trams. The Arts and Cultural Heritage Trust teamed up with West Bengal Transport Corporation (WBTC) to curate the museum which was inaugurated by West Bengal Transport Minister Firhad Hakim on the 75th anniversary of India’s Independence.

West Bengal Transport Department launched mobile 'Partition Museum' on freedom struggle & partition of Bengal by turning two trams into galleries, in Kolkata on 75th #IndependenceDay. It will be on display at Esplanade till December &will move to other parts of the city afterward pic.twitter.com/lZdeAIpeuo

Tram Museum Based On India’s Freedom Struggle Comes Up In Kolkata; Entry Free Of Cost

Bengal had played a quintessential role in the freedom struggle during the colonial rule in India. The museum is a tribute to the unforgettable heroes. According to a Times of India report, Hakim said, “The museum on wheels beautifully depicts the efforts of our freedom fighters and also the impact of division of Bengal and Punjab on the national psyche.” Set inside twin tram cars, the museum showcases India’s powerful resistance against the British forces and noteworthy events between 1900 and 1947. The best part is that the museum entry is free of cost. The museum will remain in Esplanade till the end of December. In January, it will move to the other parts of the city. 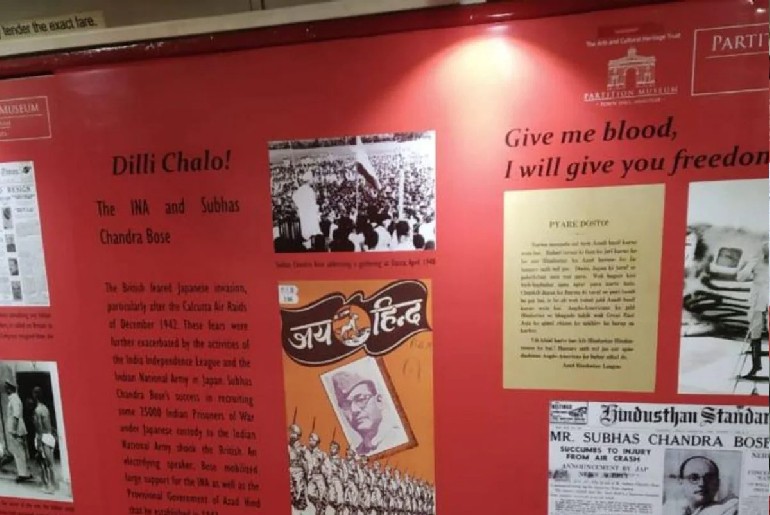 Kolkata Gets A Tram Library That Will Run Through College Street, The City’s Iconic Book Lane

A moving tram library has come up in Kolkata that will cover a stretch of around 4.5 kilometres each day from Shyambazar to Esplanade, covering the bookworm’s haven, the College Street. It will move daily between Shyambazar and Esplanade, passing through the historic streets of Hatibagan, Hedua and College Street. Also, the fare of the journey will be only ₹20. The library will have books and magazines, including competitive examination books of WBCS, GRE, GMAT, civil services and more to draw readers with various interests. 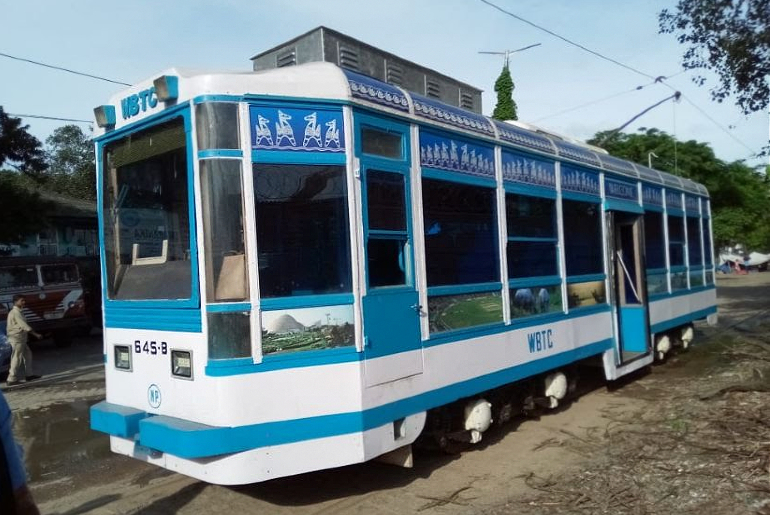 The tramcar will also be equipped with free Wi-fi to assist its passengers in reading e-books. As per reports, referring to the tram-library, an official said, “We are also planning book reading sessions, book launches and literary festivals in the tram library in the future.” 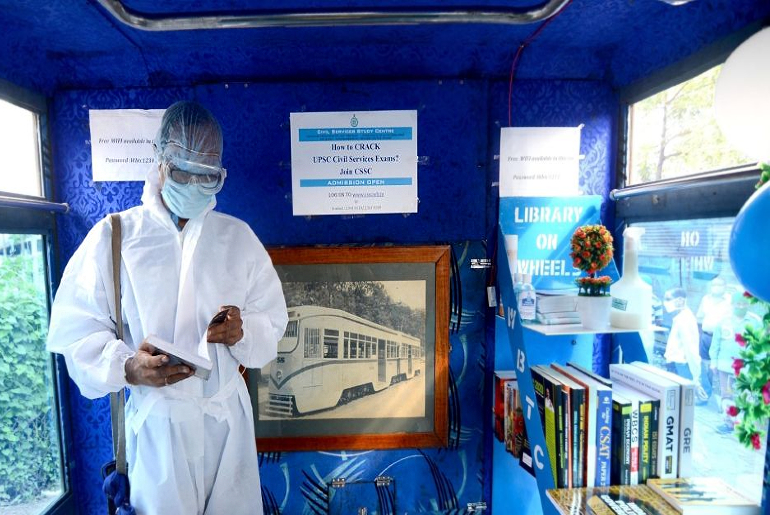 Renowned Educational Institutions On The Route

Many renowned educational institutions in Kolkata, like the Hindu School, Hare School, Calcutta University, Presidency University, Calcutta Medical College, Scottish Church College and Bethune College will fall on the route of the moving tram library. From the tramcar, one can also catch the glimpse of the heritage building, the Star Theatre, which is also a popular movie theatre in the city. Reportedly, the officials have said that they are maintaining all norms and sanitising the trams amid the coronavirus pandemic to ensure the safety of the passengers. 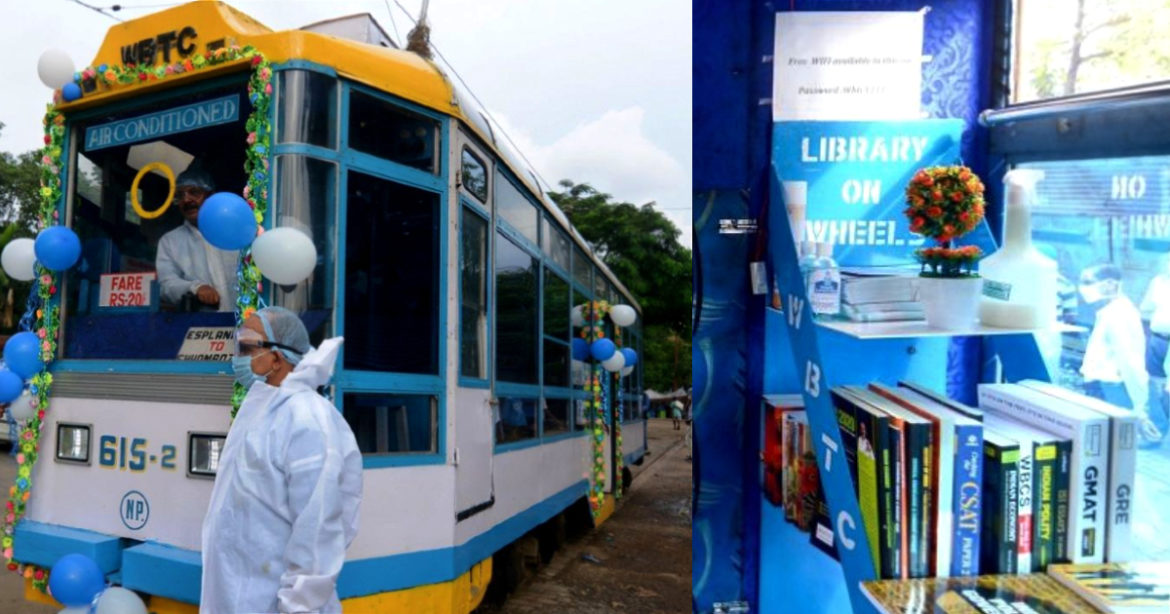 Also Read: ‘Dhoka’ Is A Delicious Bengali Dish That You Can’t Stop Eating Till You Burp

Electric Tramcars Started In Kolkata In 1902

Electric tramcars are in existence in Kolkata since 1902. West Bengal Transport Corporation (WBTC) has also recently installed some artworks inside the trams, depicting the history of trams in the city. The first horse-drawn tram in India had run between Kolkata’s Sealdah and Armenian Ghat Street in 1873. The first electric tramcar in Kolkata ran from Esplanade to Kidderpore in 1902. The route from Esplanade to Kalighat was introduced in the same year. 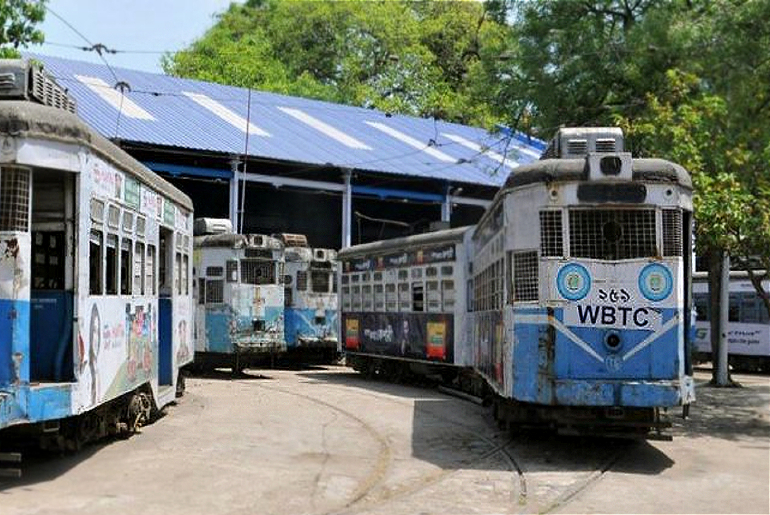 So, the next time you plan a trip to Kolkata, definitely take a joy ride on this mind-boggling tram library to soak your soul in the aura of the old alleys, along with the magical aroma of books. Also, the freedom struggle museum will awaken your patriotic spirit, For now, allow us to take y’all on a virtual tour to Kolkata from the comfort of your home:

This Wooden Homestay In Darjeeling Set Amid Tea...

Lucknow-Kanpur Expressway To Cut Down Travel Time Between...

Germany Is Looking For Skilled Workforce From All...