When we think about the most iconic tourist attractions in Kolkata, the first two places that come to our minds are the Victoria Memorial Hall and the Howrah Bridge. But did you know that at just 10 minutes walking distance from the Victoria Memorial Hall lies another historic building, the marvellous St. Paul’s Cathedral? Once you step inside the premises of this cathedral, for a moment, you might feel that you’re somewhere in a western country, far from India. Kolkata’s St. Paul’s Cathedral, with its Gothic architecture, looks much similar to the Norwich Cathedral in the United Kingdom. While visiting Britain isn’t always an easy affair, you can definitely book a flight to Kolkata to explore its look-a-like. 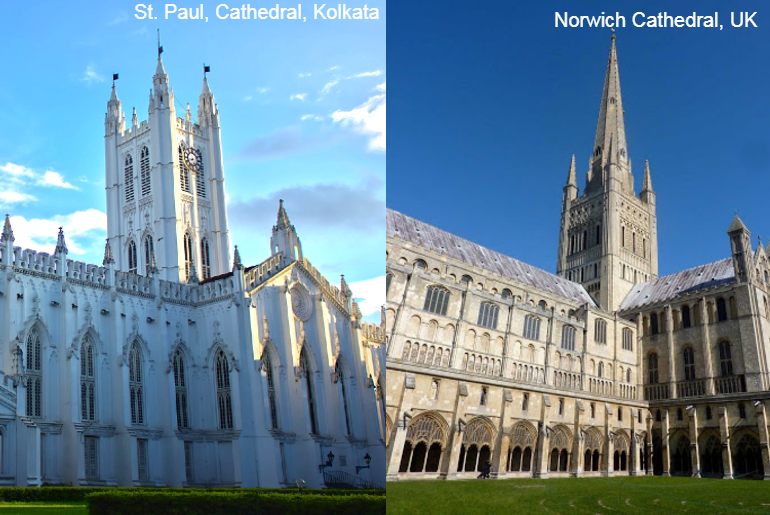 Kolkata is home to Asia’s first Anglican cathedral, the St. Paul’s Cathedral dedicated to Paul the Apostle. Thanks to its spectacular Indo-Gothic architecture, it draws a huge number of tourists from all over the city. Though the white marble-built church sits on Cathedral Road, Maidan, one of the busy streets in Kolkata, it has a profoundly serene ambience that will soothe out anyone’s senses to the core. St. Paul’s Cathedral is located on the east of the Victoria Memorial Hall and can be directly seen from the later. 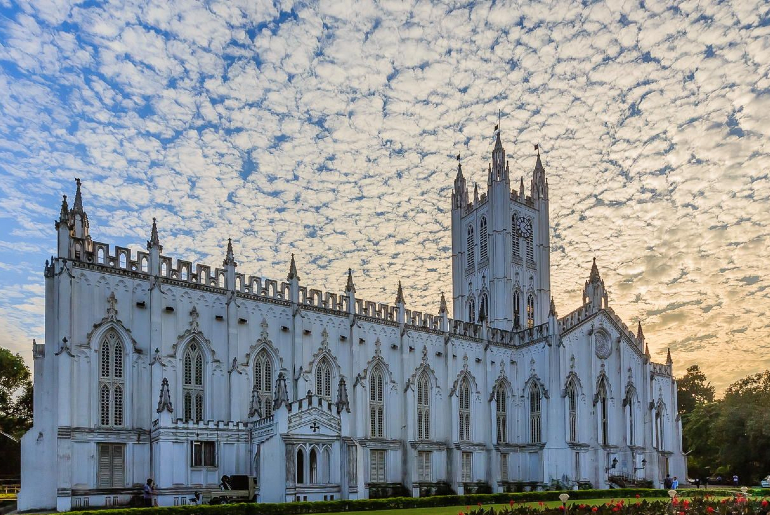 Also Read: This Was World’s Longest Bus Route From Kolkata To London

The Indo-Gothic architecture of the cathedral is an English architectural style that was designed to suit the climate of India. The nineteenth-century church was constructed to cater to the growing European community in Kolkata. The Gothic Revival style of the church includes pointed-arched stained glass windows and a 201 feet central spire same as the UK’s Canterbury Cathedral. 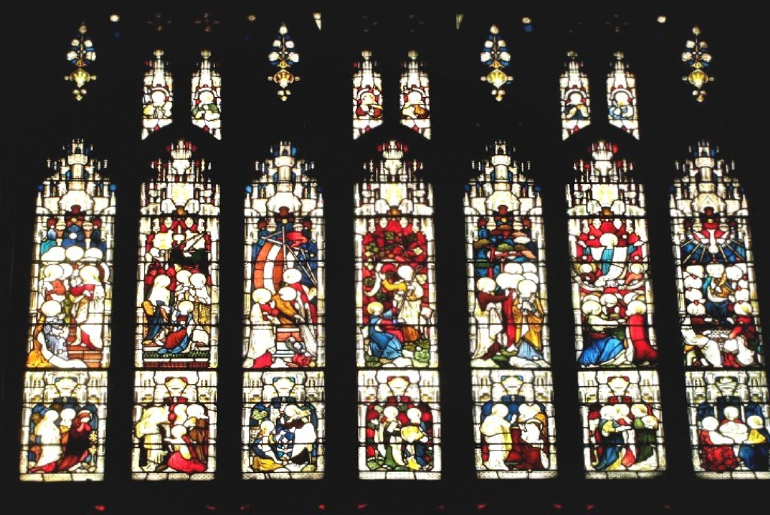 The interior of the cathedral has breathtaking art forms and memorabilia. The church complex also houses a library which has books and manuscripts donated by Bishop Wilson, W. Gordon and the Calcutta Bible Society. There is also a marble statue of Bishop Wilson inside the library. The Cathedral Sits On Kolkata’s ‘Island Of Attractions’

St. Paul’s Cathedral on the Cathedral Road stands on Kolkata’s ‘island of attractions’, along with Nandan, Mohor Kunjo, Birla Planetarium, Victoria Memorial, Rabindra Sadan and the Academy of Fine Arts. All these outstanding spots are situated in proximity to one another. A noteworthy aspect about this stretch is that one will get all kinds of Kolkata street foods here, from phuchka, alu kabli and churmur to momo, jhal muri, ghoti gorom and worth mentioning kadak chai. Inside and around the Nandan premises, one can also shop for traditional hand-made jewellery, Bengali-quoted t-shirts and loads more.

So, the next time you plan a trip to Kolkata, definitely keep some time to pay a visit to the grandiose St. Paul’s Cathedral and the architectures around it to feast your eyes on their exceptional splendour. For now, allow us to take you on a virtual tour to Kolkata: