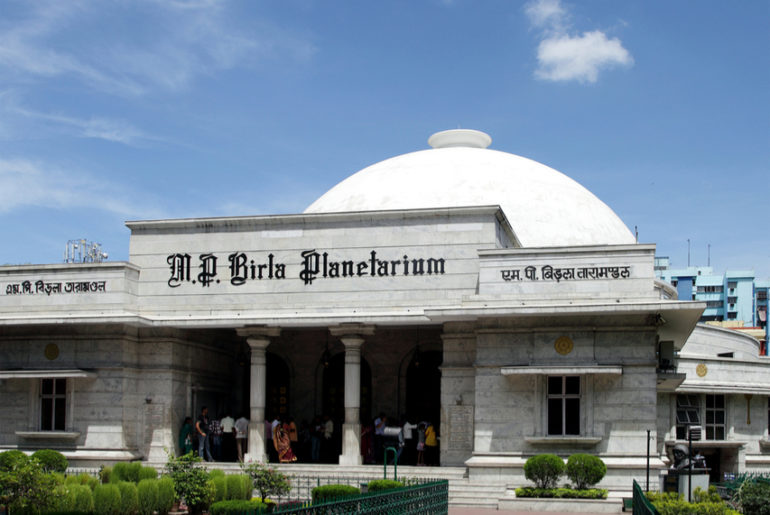 The Birla Planetarium was inaugurated in 1963 by then Prime Minister of India, Jawaharlal Nehru and is located in Kolkata, adjacent to the Victoria Memorial. It is the largest planetarium in Asia and second largest in the world. It has an astronomy gallery that features a huge collection of paintings and celestial models of renowned astronomers. A major tourist site in the city of Kolkata, it can accommodate up to 688 people and has a dome that measures 23m in diameter. The Birla Planetarium was founded to serve as an educational, research and scientific institution that includes shows that last for about an hour in English, Hindi or Bengali.

The show features Zodiacal patterns of the sky, constellations, and space probes. Get to witness shows like New Views of the Solar System and Journey to Antarctica. The shows begin at 12:30 pm every day except for Sundays.

Also read: Spot The Seven Wonders Of The World In Kolkata’s Eco Park