Top 8 Street Foods In Kolkata To Die For Delhi is known all over India for offering the best street food in the country. But tell this to a true Kolkatan and we bet the person won’t agree. Kolkata street food is the king in the class of its own, and the city has its own list of mouth-watering street delicacies. Here are 8 absolutely scrumptious street food options you must try the next time you’re at the city of joy:

Phuchka isn’t just a food, but an emotion for the folks of Kolkata. They might look similar to gol gappa or pani puri, but stand unique in their taste and crispiness. The chatpata feel of the thin-layered atta balls loaded with zesty potato mix and tangy tamarind water can be an utter comfort to the tongue of a die-hard foodie. No wonder, we often end up gobbling up 20-30 pieces of them at one go! Some best phuchka stalls are located at Kolkata’s Babughat. Also, here are 6 lesser-known Bengali dishes that will transport you to the lanes of Kolkata. It is one of those street delicacies not much found outside Bengal.  Some Bengali communities outside Kolkata, like the CR Park in Delhi, also sell this delicacy. Kolkata chops come is different variants like Veg Chop, Mutton Chop and Chicken Chop. The shopkeeper often serves it with tea and puffed rice ( murmura) and the trio make a heavenly combination, we swear! 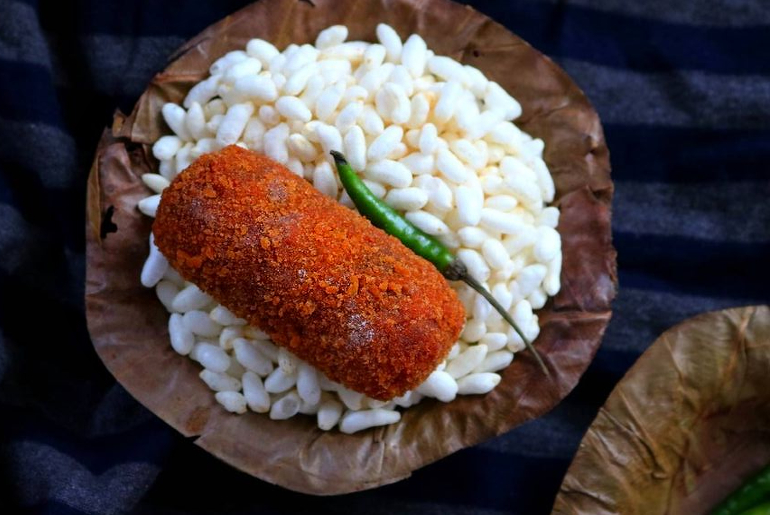 It is another utterly crunchy and spicy delicacy available at the phucka joints. Churmur is basically crushed phuchka mixed with aloo masala, chickpeas, onion and tamarind pulp. Topped with a pinch of lemon water, this is an appetizer snack for many school, college and office goers of the city. 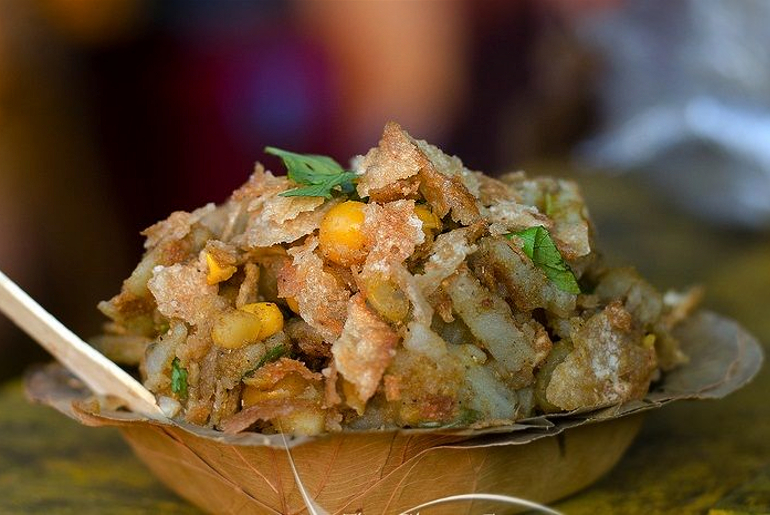 Kolkata is the birthplace of the popular street-dish, the kathi roll. Nizam’s Restaurant in Kolkata’s Dharamtala was the first to prepare the dish in 1932. Therefore, to get the original essence of the scrumptious kathi rolls, you have to taste them from the Kolkata streets. 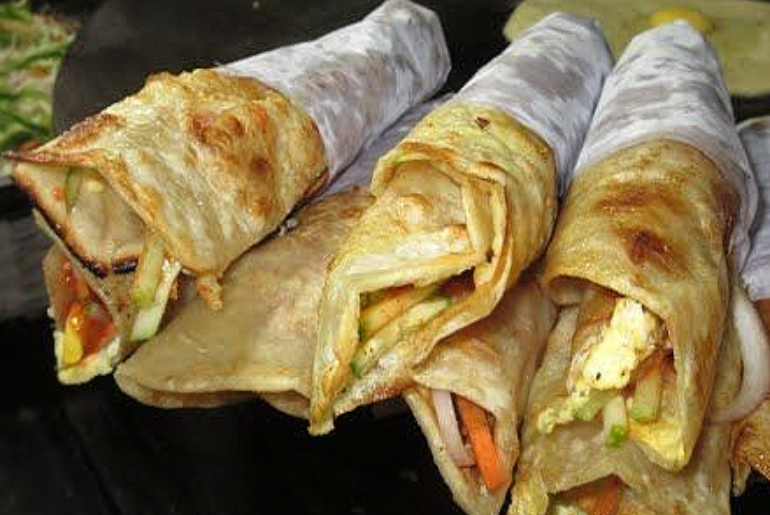 Bhelpuri refers to roasted crispy wet puffed rice smeared with sweet, sour and tangy chutney and loaded with spiced potato, onions, tomatoes and other vegetables. Having the delicacy topped with sev in triangular-shaped newspaper pockets is a different feeling altogether. 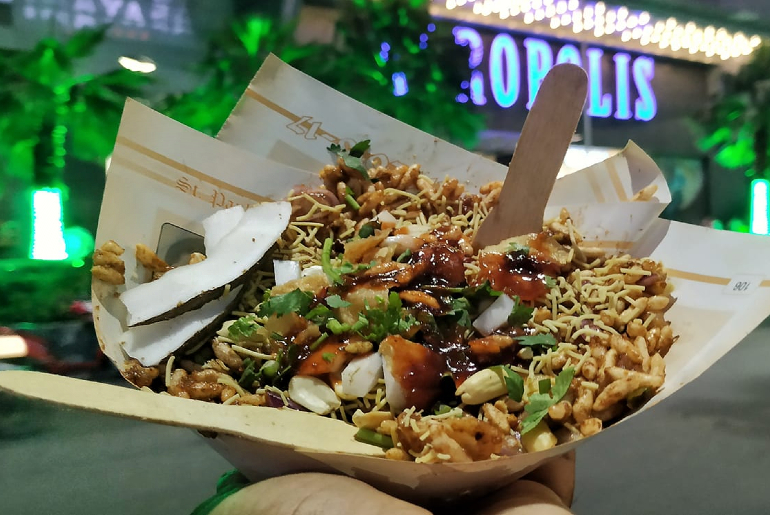 Jhal muri is basically a spicy variation of puffed rice, but unlike bhelpuri, it’s dry. For making this dish, the puffed rice is mixed with green chilli, spices, potato, coconut, nuts onions, tomato, chana chur and sev. Truth to be told, many Bengalis are simply addicted to this street delicacy. 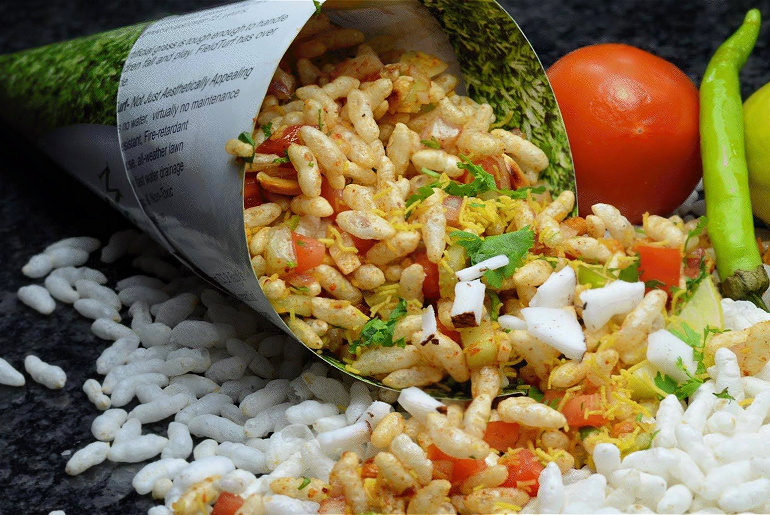 A ghoti gorom seller usually roams around hawking the dish’s name, carrying a round vessel with a heap of chana chur. It is surrounded by smaller vessels containing chilli, tomato, onions and other spices. Ghoti gorom is basically the crispy chana chur served with spices and it often comes at a price as low as ₹5. It is an on-the-go snack for many regulars on local trains. 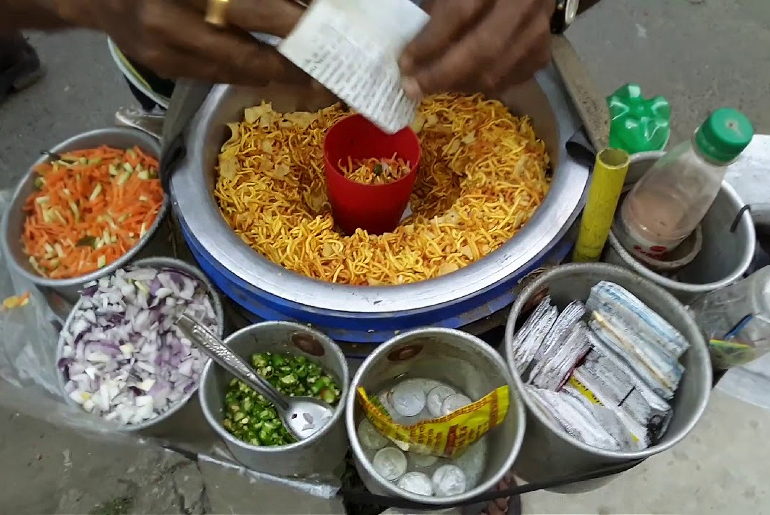 Well, this dish isn’t available everywhere in the city, but while roaming around the pool of College Square near Asia’s largest second-hand book market, College Street, you’ll definitely spot vendors selling kulfi-like bhaag ice-creams that start at ₹10. The quantity of bhaang is too negligible in them, so they won’t give you the tipsy feel. But nevertheless, they taste amazing.

While these are a few of the iconic grubs from the roadsides of Kolkata, other street foods that you can enjoy in the city are fish fry, shingara ( samosas), kochuri alurdom and Darjeeling-style momos. Also, during Durga Puja, you can’t afford to miss out the juicy Bhetki Paturi ( baked bhetki fish wrapped in banana leaf). 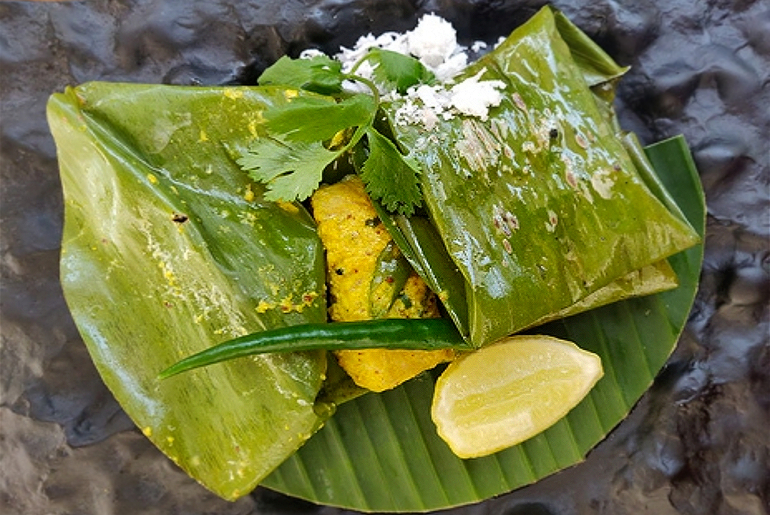 If you already had been to Kolkata, tell us about your favourite street delicacy from the city in the comments section below. Meanwhile, here is a mind-boggling virtual tour through the historic lanes of Kolkata:

India’s Highest Space Observatory To Come Up Near...