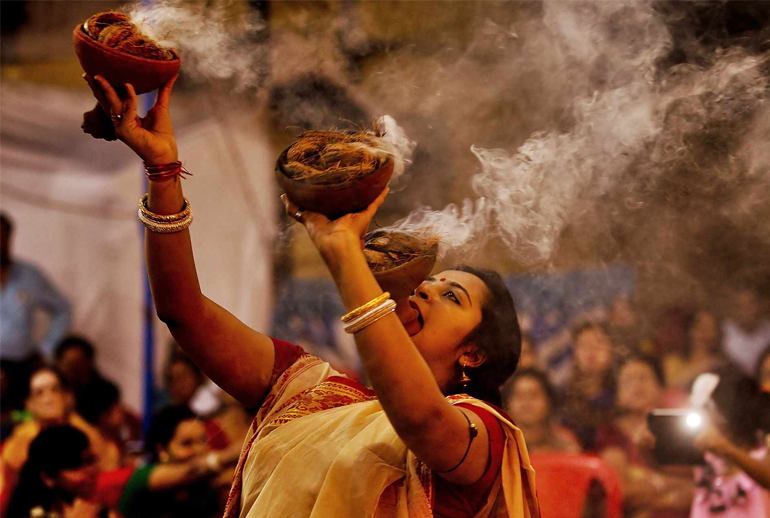 West Bengal’s Durga Pujo, is now, officially, world heritage! The UNESCO accorded heritage status to Kolkata’s week-long festival. Prime Minister Narendra Modi and Chief Minister Mamata Banerjee lauded the move that brings immense glory to the country. “Durga Puja in Kolkata has just been inscribed on the intangible heritage list. Congratulations India,” the organisation said in a tweet attaching a photo of the goddess with the hashtag ‘living heritage’. PM Modi has hailed UNESCO’s decision as a “matter of great pride and joy for every Indian.”

Durga Puja in Kolkata has just been inscribed on the #IntangibleHeritage list.

Kolkata’s Durga Puja was nominated for UNESCO’s Intangible Cultural Heritage list for the year 2020 by Sangeet Natya Akademi. Every year UNESCO adds to its list of IHC cultural traditions and arts from around the world. Sangeet Natya Akademi termed Durga Pooja as the most important festival of West Bengal. They stated that apart from West Bengal the festival is observed with the same fervour in several other states and cities across India as well as in a number of other countries.

Sangeet Natya Akademi is the organisation responsible for sending in the nominations from India. Along with the Durga Puja they have also nominated Bishnupur, in Bankura district for its terracotta temples.

So far, India already has 13 IHCs on the list. The Kumbh Mela was recently added to the list in 2017. Others include yoga, dance forms Chhau, Kalbelia and Mudyettu, Vedic and Buddhist Chanting, and the tradition of brass and copper utensil making in Punjab’s Jandiala Guru.