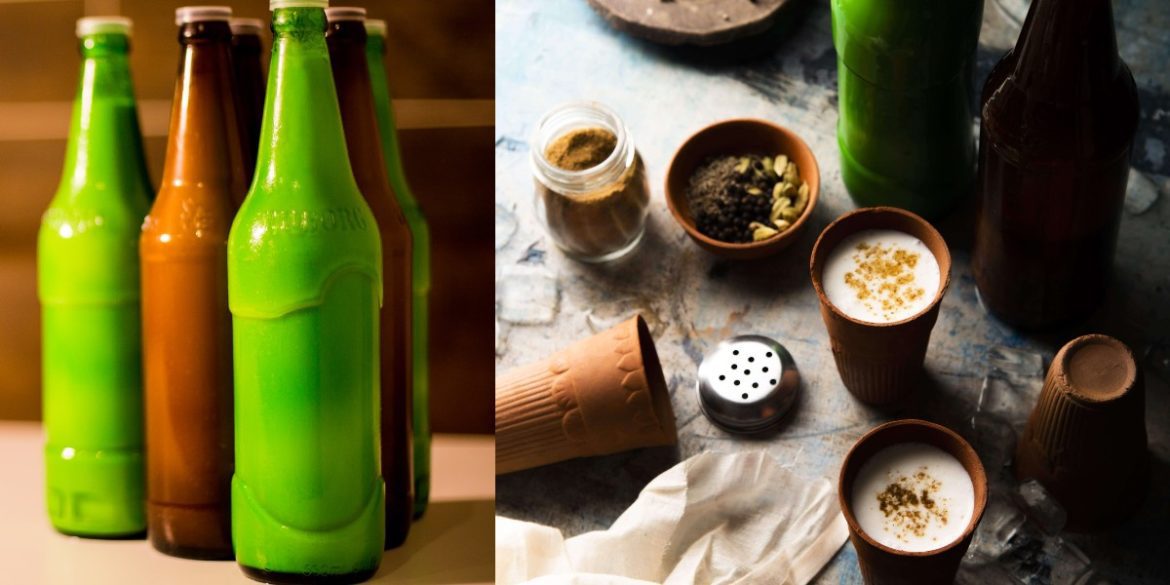 What’s a similarity between beer and chaas ( buttermilk)? Both are fantastic summer coolers. While Goa has beer to beat the scorching summer heat, Gujarat has Kutchi beer to cool your system. Don’t worry folks, just as Gujarat is known to be a dry state, Kutchi beer is nothing but spiced buttermilk served in beer bottles. So, why is this a great summer cooler and also a hangover medicine? Well, just read on to find out.

The origins of Kutchi beer ironically didn’t start in Gujarat’s Kutch, but in Maharashtra’s Mumbai. Pure vegetarian restaurant Bhagat Tarachand, popular across Mumbai invented the Kutchi Beer around 30 years ago to cater to Gujarati guests. Serving Punjabi and Sindhi food, Kutchi Beer, spiced buttermilk served in beer bottles was invented to beat the summer heat and create a local beverage attraction. To date, customers throng the restaurant for their hot wholesome thalis and cool Kutchi Beer costing ₹90, enough to quench the thirst of 3 people. Mumbaikars can get Kutchi Beer delivered to the comfort of your homes.

Kutchi Beer, spiced buttermilk or chaas has many health benefits. This spiced yoghurt drinks rich in probiotics and good bacteria and this helps in reducing bad bacteria in the gut. Kutchi Beer is a summer cooler that maintains the pH level in the stomach, helps digestion and enhances immunity. Many prefer chaas for weight management as it’s low in calories and rich in protein. Some even drink it like an effective hangover medicine as it aids digestion.

Also Read: Get Craft Beer Delivered To Doorstep In Mumbai &  Pune With This Cool Subscription Model

How To Make Kutchi Beer At Home?

So, the question arises can you make Kutchi Beer at home? Well, ofcourse you can. After all Kutchi Beer is nothing but chaas served in beer bottles. So, the first step would be to get colourful glass bottles or beer bottles. In a recipe shared by Kul Kitchen on Youtube, you need to first add green chilies, mint leaves, coriander leaves, sea salt, cumin powder, black salt and yoghurt in a blender. Add some water ( cold water or ice cubes) and blend the ingredients. Next, pour the powerful digestive drink in a cleaned beer bottle. And voila! Your Kutchi Beer is ready!