This Home-Grown Drink From Madurai…
Complain On This Number Next…
Jaisalmer Food Guide: 5 Must-Visit…
5 Best Places In Dubai… 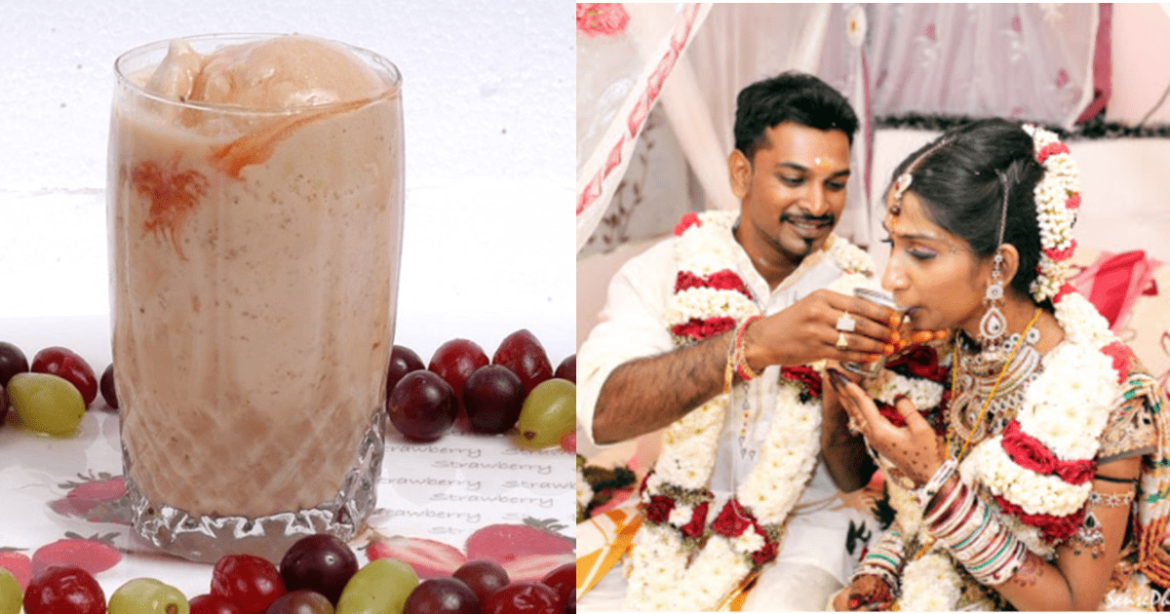 It’s that time of the year again when fan speeds are turned on to a steady number four, sweaters are tucked away under the bed and cotton clothes are pulled out from the cupboard. Delhi, street food stalls whip up refreshing cool lassi, Punekars stop by for chilled fresh lime soda, Mumbaikars gulp down nariyal pani and South India churns refreshing majjige (spiced buttermilk), to beat the sweltering heat. Madurai, apart from being famously known as the City of Temples, also houses the unusual summer cooler, Jigarthanda. Ironically translating to ‘cool heart’, Jigarthanda is a creamy drink from Madurai that’s touted to be an amazing summer cooler and even better aphrodisiac. Well, here’s how!

Jigarthanda: From The Mughals To Madurai

Madurai, a city in Tamil Nadu, housing over 100 temples is the only place in India serving you Jigarthanda, a drink with a North Indian nomenclature. The summer cooler is believed to have Mughal routes, invented to cool the hearts of the Muslim settlers in India. Jigarthanda like other sherbets from the Mughal era uses aromatic flowers like rose petals, almond resin and roots in its preparation. While some people link its history to the Mughals, others believe that Jigarthanda was introduced to Madurai by the Muslim population who moved from Hyderabad. This drink was popularly consumed during wedding nights as it contained almond pisin, an ingredient known to possess aphrodisiac properties. But today, Jigharthanda is only found and relished in Madurai. 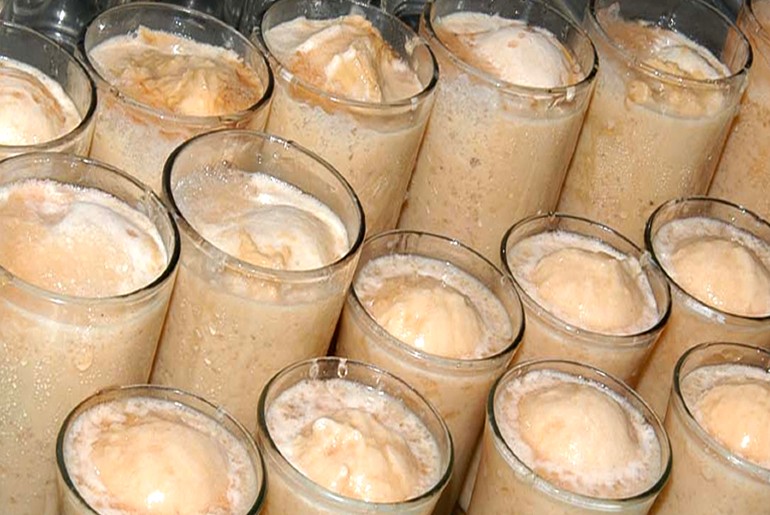 Also Read: Bengaluru’s Famous Mountain Dew Coloured Jalebis Are Made Of Broad Beans &Are Worth Trying!

Jigarthanda often finds parallels drawn with the popular dessert falooda. Similar to falooda, Jigarthanda has a cold creamy taste. But where falooda uses vermicelli, Jigarthanda uses almond pisin. While you’d scoop up falooda to devour it, for Jigarthanda, all you need to do, is stir it and chug it. So what’s so exotic and mysterious about this summer cooler? Well, Jigarthanda has two interesting ingredients that makes it stand out from all other summer beverages. The first is almond gum or badam pesin. 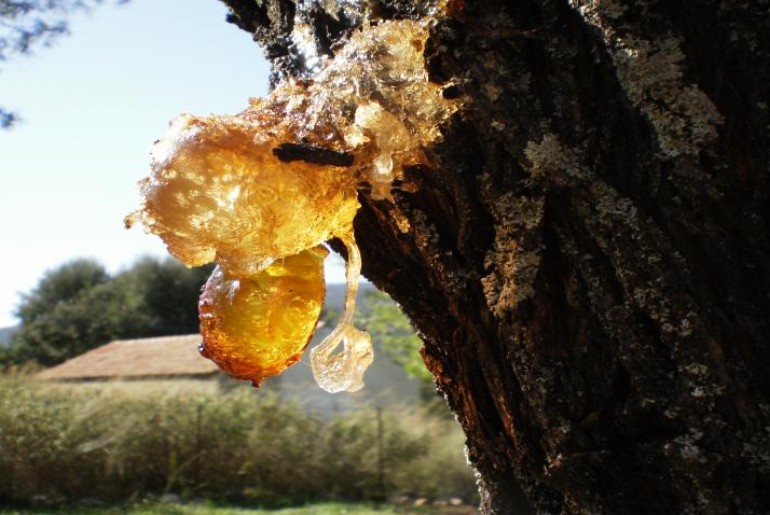 Obtained from the sweet almond tree, this natural gum is a wonderful natural body coolant. It’s filled with anti-oxidants and aphrodisiac properties. It helps reduce body heat during the summer season. Moreover, this natural gum is a healthier alternative to store-bought jelly. The next magic ingredient is nannari syrup. This syrup is prepared from the sarasaparilla herb which has the medicinal property of protecting your body from scorching summer ailments. Nannari syrup is prepared from the root of this herb. And you might find it in a range of drinks and dishes prepared to solely cool the body. 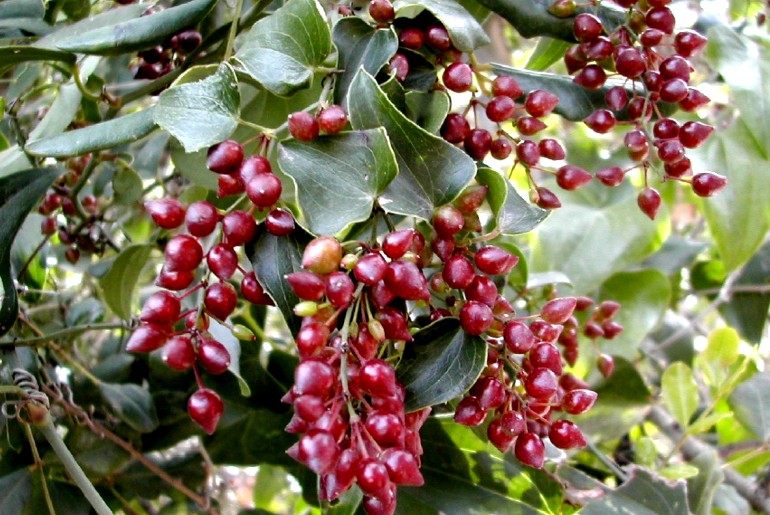 It Was Popularly Consumed On Wedding Nights Thanks To  Aphrodisiac Properties

In the world of aphrodisiacs like strawberries, fish and caviar, the humble almond is a quiet player. In Jigarthanda, the almond is the aphrodisiac and the milk induces sleep. Consuming Jigarthanda on a wedding night would mean absorbing strength from the almond pisin and falling deep asleep after lovemaking, thanks to the milk in it. The summer cooler is believed to enhance the libido of both men and women, and also cure erectile dysfunction. True its name, Jigarthanda, cools the heart and also warm the loins. 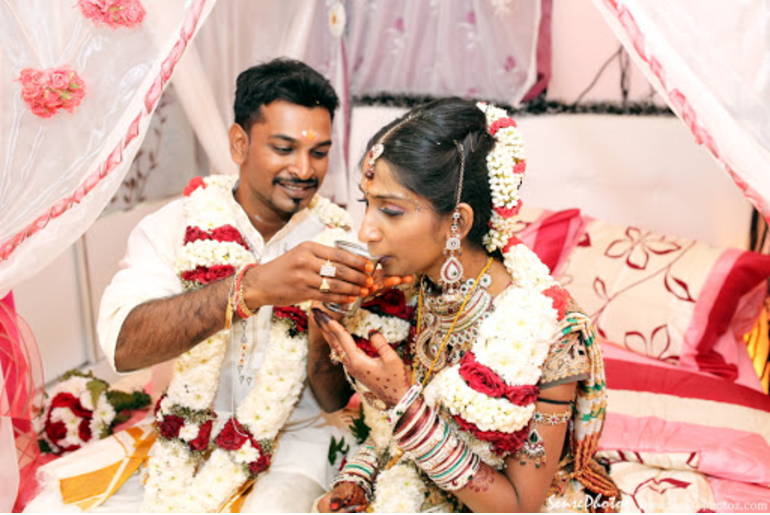 Where To Find The Best Jil Jil Jigarthanda In Madurai?

When you visit Madurai to sample the famous Jigarthanda, bear in mind that it’s often called Jil Jil Jigarthanda. Jil Jil is probably a linguistic word for a brain freeze, or the tingling sensation in your teeth when you consume something chilled.  To drink the best Jigarthanda, visit Famous Jigarthanda, a shop in Madurai that’s touted to served both ordinary and special varieties of the summer cooler. This tiny establishment situated near Madanagopalaswamy temple came into existence over 10 years ago. You can get creamy jigarthanda ice cream and also jigarthanda basundi here. 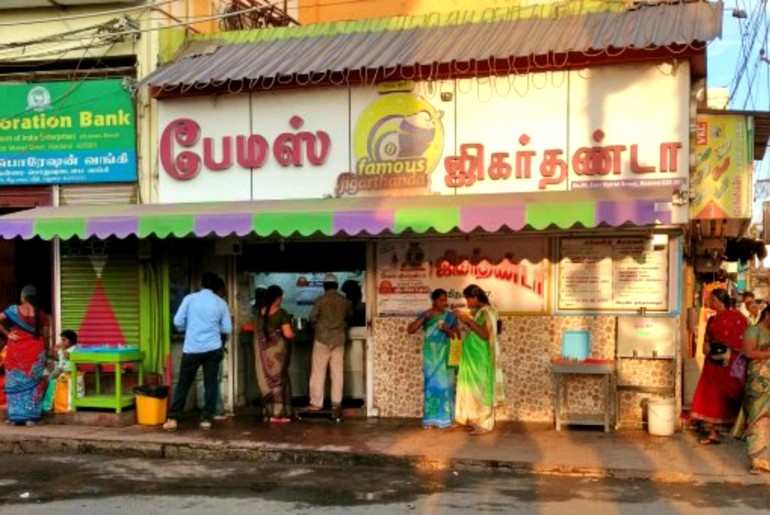 Apart from the Famous Jigarthanda, the iconic Murugan Idli Shop, is another amazing place to fill your tummies with fluffy idlis, and wash it down with a refreshing glass of Jigarthanda. Instead of the nannari sherbet, Murugan Idli Shop uses sugar syrup and garnishes the glass with a dollop of ice cream. Slurp the sweet drink and munch on the chewy paasi. 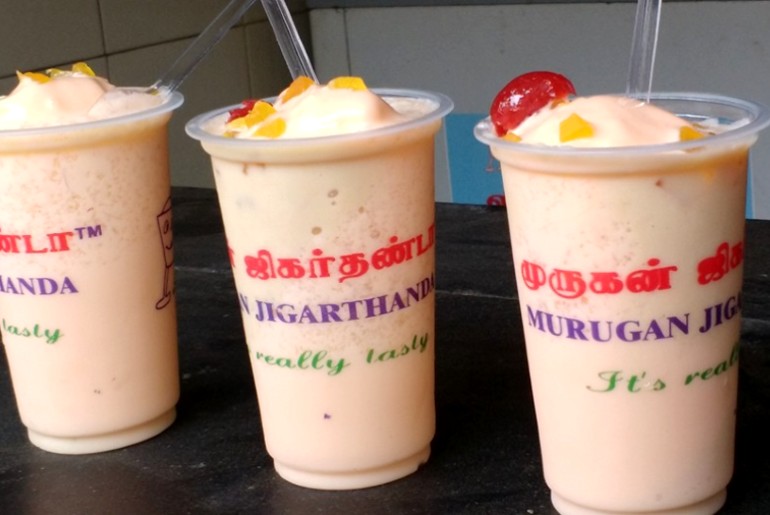 Jigarthanda is a perfect drink to beat the sweltering summer heat, and cool your body in a nourishing way. And of course, if you’d like to Netflix and Chill, then this drink might get you and bae started on your date!