Bengaluru’s Famous Mountain Dew Coloured Jalebis Are Made Of Broad Beans & Are Worth Trying!

Bengaluru is also known as ‘Town of the Boiled Beans’. The city since time immemorial has had a love relationship with hyacinth or broad beans. In Kannada, it’s called avarekai or avarebele. Rich in protein and fibre, these beans are high in nutrition and often feature in many traditional dishes of Karnataka. Broad beans are used to prepare different varieties of dosa, uttapam, idli and even laddoos. The simple day to day dishes are enhanced in both flavour and nutrition, thanks to the green beans. Infact, these green broad beans are also used to prepare Bengaluru’s famous Avarebele Jalebis. Popularly, known as Mountain Dew Jalebis, thanks to the fluorescent green hue. So, here’s why you need to get your hands on the Avarebele Jalebis.

Avarebele Jalebis are anything but your ordinary jalebis. Instead of just maida, it features Bengaluru’s beloved broad beans. For every 4 kg of maida, 1 kg of boiled broad beans is used to concoct the batter. The boiled beans are turned into a paste, mixed with maida and fermented for 4 to 5 hours. Just like the batter, the syrup for these jalebis is quite different as well. Unlike the usual sugar syrup, Avarebele Jalebis have syrup made from sugar and honey.  And that makes all the difference. The Avarebele Jalebis are fried and tossed into the sugary, honey syrup. They have a fluorescent green or a pista green colour. 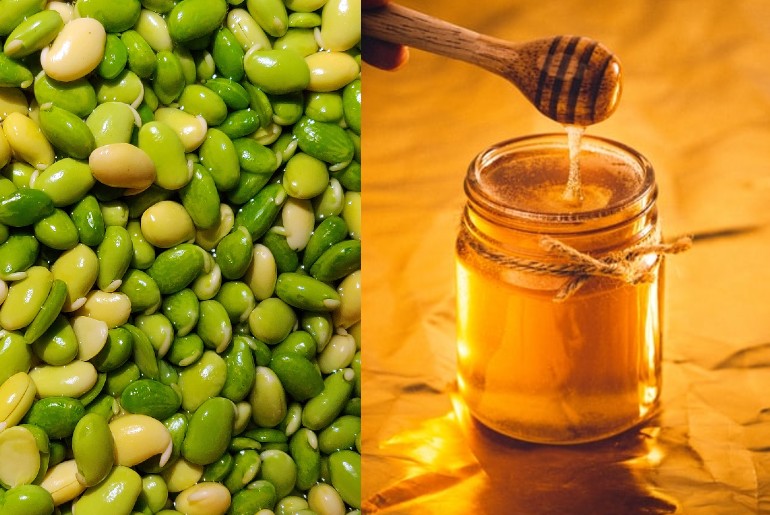 Biting into these crispy hot jalebis, you’d notice that they taste crunchier than your usual jalebis. And that’s because of the batter that has both flour and boiled broad beans. The fermentation process gives this dish a slightly tangy taste, which balances the sweetness of the syrup perfectly. The syrup in itself is not just sugary but has the nurturing flavours of honey. Avarebele Jalebis are unique for its boiled beans batter and honey syrup. Jalebi fans, you must give this Bengaluru favourite a try, to enter a familiar, yet unique territory of desi mithai. 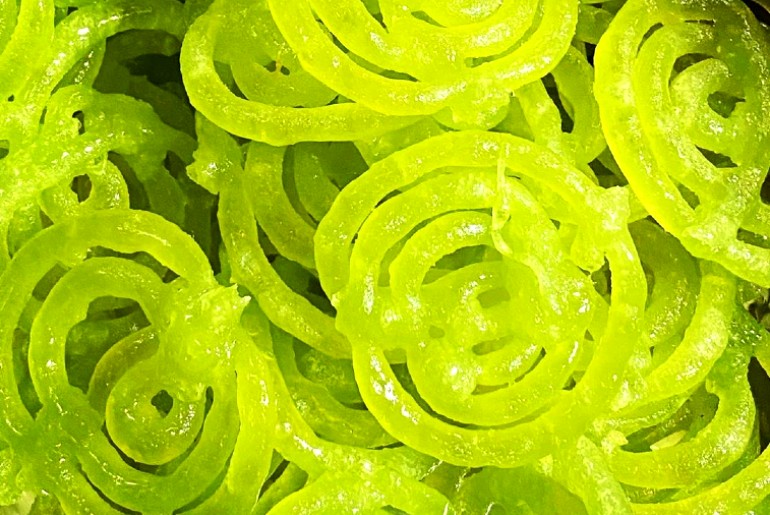 Now that you know exactly how the Averebele Jalebis are prepared and taste, let’s answer the golden question, where can you find them? Well, since it’s whipped up using the seasonal ingredient of hyacinth beans or broad beans grown during the winter season, you can try them out during winters. This delicacy first featured at Bengaluru’s iconic Avarekai Mela or  Avarebele Mela held every January to February at VV Puram Food Street. This carnival features everything broad beans. Devour a wide variety of dishes made from broad beans at over 150 street food stalls at VV Puram.

Averebele Jalebis are fried in huge quantities here at the open-air stalls. The whiff of freshly prepared piping hot jalebis, attract hungry foodies like honeybees. Just watching the street food vendor, frying the green jalebis in hot oil, and then dunking it in the sugar-honey syrup is mouthwatering in itself. Apart from the Averebele Jalebis, you can also feast on other traditional dishes like the crispy avarekai nippattu, avarekai rava laddoo, avarekai dosa and also avarekai barfi. 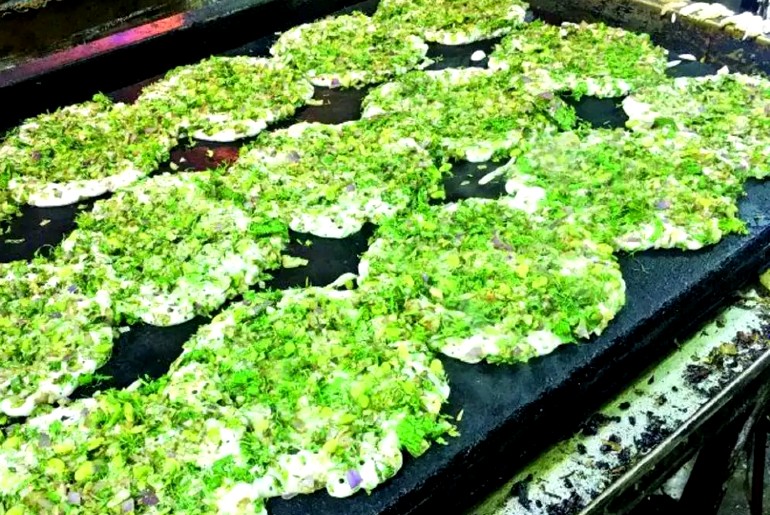 Traditional shops at VV Puram or Basavanagudi area often feature many winter bean dishes including the Avarebelu Jalebis. At the end of the day, you’d definitely have been converted into a broad beans fan! And it would have all started from simple jalebis made from an unusual ingredient like broad beans, and honeylicious syrup.