Bengaluru is often regarded as an unplanned city due to its sudden rise in population after the IT boom. And while roads remain narrow, vehicles take over streets and traffic jams overpower people’s lives, the city continues to find new ways to address issues. Bengaluru joined hands with the UK  and launched Clean Air Street Initiative. It first implemented this in the iconic Church Street which witnesses a ban on motor vehicles during weekends until February 2021. With this initiative, Bengaluru hopes to keep Church Street free of traffic and air pollution. And rather, create a sustainable environment for people encouraging outdoor seating at restaurants, street art and whatnot. After the success of this initiative in Church Street, Gandhi Bazaar will also ban vehicles on weekends. Read on to know more.

The Directorate of Urban Land Transport (DULT) plans to ban vehicles during weekends in Bengaluru’s Gandhi Bazaar. In an effort to combat air pollution in the metropolitan city, DULT will extend the Clean Air Street Initiative to Gandhi Bazaar in Basavanagudi after its success in Church Street. The busy market area will become a pedestrian-friendly road on weekends. GIZ, a German-based company will design the initiative just like Church Street. 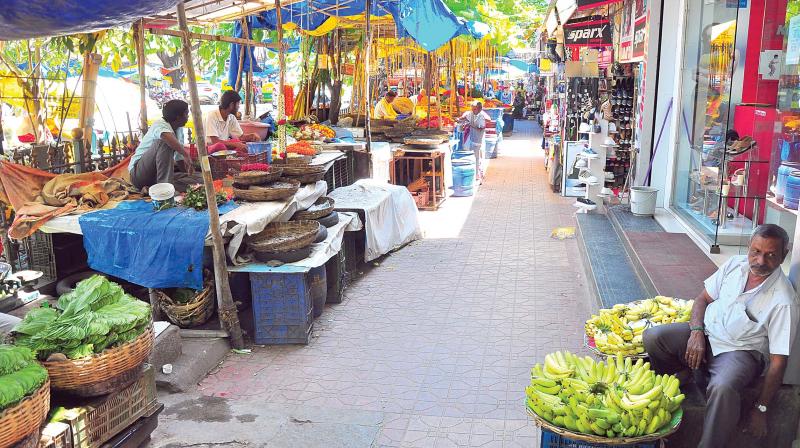 According to Livemint, a press release reveals “DULT had banned vehicles on the Church Street on November 7. We plan the same for Gandhi Bazaar area that is another busy market area near Basavanagudi. To make Gandhi Bazaar area a pedestrian-friendly road, DULT has consulted with GIZ, a German-based company, to design it similar to Church Street area where people can roam and enjoy in the ambience without any traffic or vehicle sound or parking problem.” Also Read: 6 Things To Do At Brigade Road In Bengaluru

So, Bangaloreans can stroll comfortably and catch up on shopping at Gandhi Bazaar, without having to be wary of vehicles. You can also drop by Church Street to get Europe like vibes. Dine out at charming outdoor cafes by the street, listen to street music and buy some exquisite art by the pavement. Meanwhile, watch this video to know what you can do at Brigade Road in Bengaluru.