This Mangalorean Dish Has A…
This Chic New Restaurant In…
Bangalore’s 98-Year-Old Iconic Restaurant MTR…
Chinese New Year In Dubai:…

This Mangalorean Dish Has A Secret Recipe Like Coca-Cola; Only 2 People Know It

It’s common knowledge that the Coca-Cola formula is a closely guarded trade secret. Hidden away in a locked vault,  only a few trusted employees know this secret. Just like Coca-Cola, a Mangalorean dish also has a secret recipe, where only two people in the world know about this. So, which dish is it? What’s so special about it? Where can you try this iconic Mangalorean dish? Well, start salivating, in order to go deep into this family secret and this coveted dish, you’d have to transport yourself into the quaint town of Kundapur in Karnataka, famous for its spicy, rich, non-vegetarian food.

Ghee Roast: The Closely Guarded Secret Of The Shetty Family

Born in 1962, Mohandas Shetty was the son of restaurateurs, Tejappa Shetty and Padmavathi nestled in the coastal town of Kundapur in Karnataka. The Shetty family got into the restaurant business in 1958, primarily to escape poverty and put food on the table. They owned two restaurants, Shetty Lunch Home in Kundapur and Anupama Restaurant in Mangalore. Padmavathi was no ordinary housewife. She cooked authentic Mangalorean food in the restaurant kitchen and invented various recipes which throughout the years has put Kundapur on the world map. One of the most iconic dishes she invented over 50 years ago, was none other than the Ghee Roast. 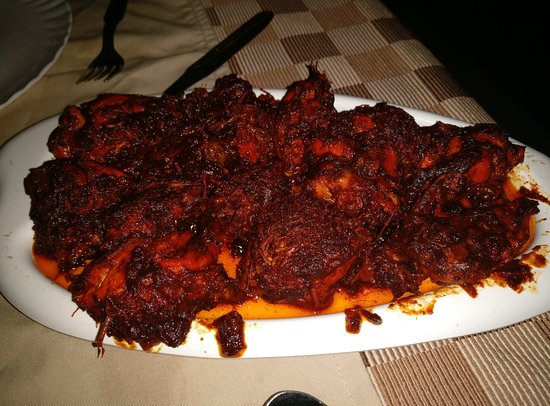 The recipe was very simple with just three to four ingredients, but it’s the slow cooking process of this dish, that transformed it to a whole new level. Red Byadgi chillies are soaked overnight. In the morning it’s ground into a paste with spices and roasted for up to 5-6 hours with oodles of fresh ghee, made from buffalo milk, to give the masala a silly texture. For Chicken Ghee Roast, broiler chicken is cut into small pieces and marinated with spices. The secret masala made with red chillies and spices is roasted for over an hour with oodles of ghee and marinated chicken. The use of fresh buffalo ghee found in Kundapur, rather than a cheaper alternative is what has put this dish on the world map. This spicy, tangy, rich dish might be prepared in a humble kitchen by Padmavathi. But today this finger-licking delight has given Mangalorean cuisine a coveted stage.

Also Read: 5 Hottest New Restaurants In Bangalore To Try In 2021 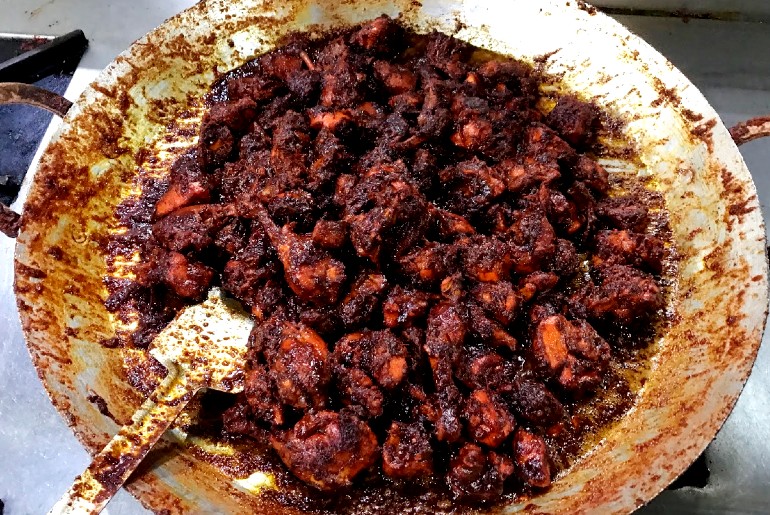 While, Mohandas Shetty’s mother, Padmavathi was the brain behind this dish. Mohandas was the man who took the aroma of this simple family dish and spread it across the world. He named the dish and gave it an identification. People from all across India would flock to the humble town of Kundapur, just to grab a bite of the famous Chicken Ghee Roast. To date, the city of Kundapur is famous all thanks to Shetty Lunch Home, the restaurant that invented the famous Ghee Roast. While the men took forward the restaurant business, it was four generations of women who played a very big role in the taste and flavours of the Ghee Roast.

Also Read: I’m From Mangalore And Here’s Why I Feel It’s One Of The Most Underrated Beach Destinations In India 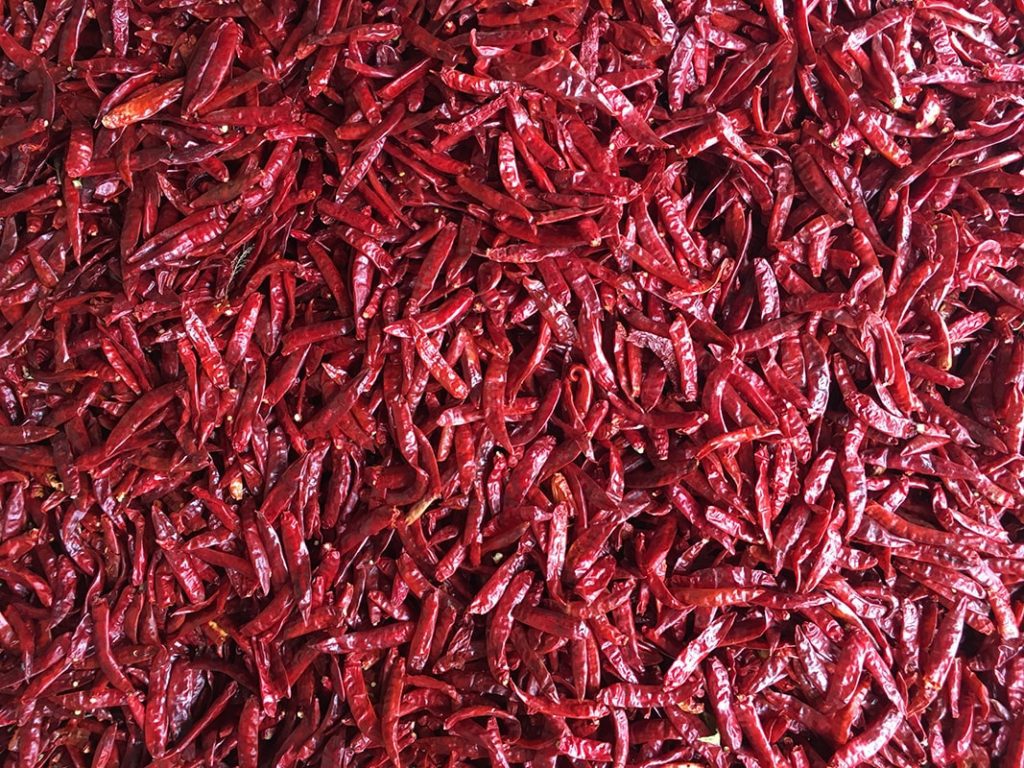 The Shetty family have had no housewives for four generations, everyone played a vital role in taking the family Mangalorean dishes forward. After the death of their parents, Mohandas Shetty, his wife, Shakuntala, his brother, Ravindra Shetty and his sister Hemalatha were the only people to know the secret behind the Ghee Roast recipe. Today, the two brothers have passed away. And it’s only the two women, Hemalatha and Shakuntala who hold this closely guarded family secret.

Also Read: 6 Places In India For A Fun-Loving Sagittarius Who Enjoys Free-Flowing Trips 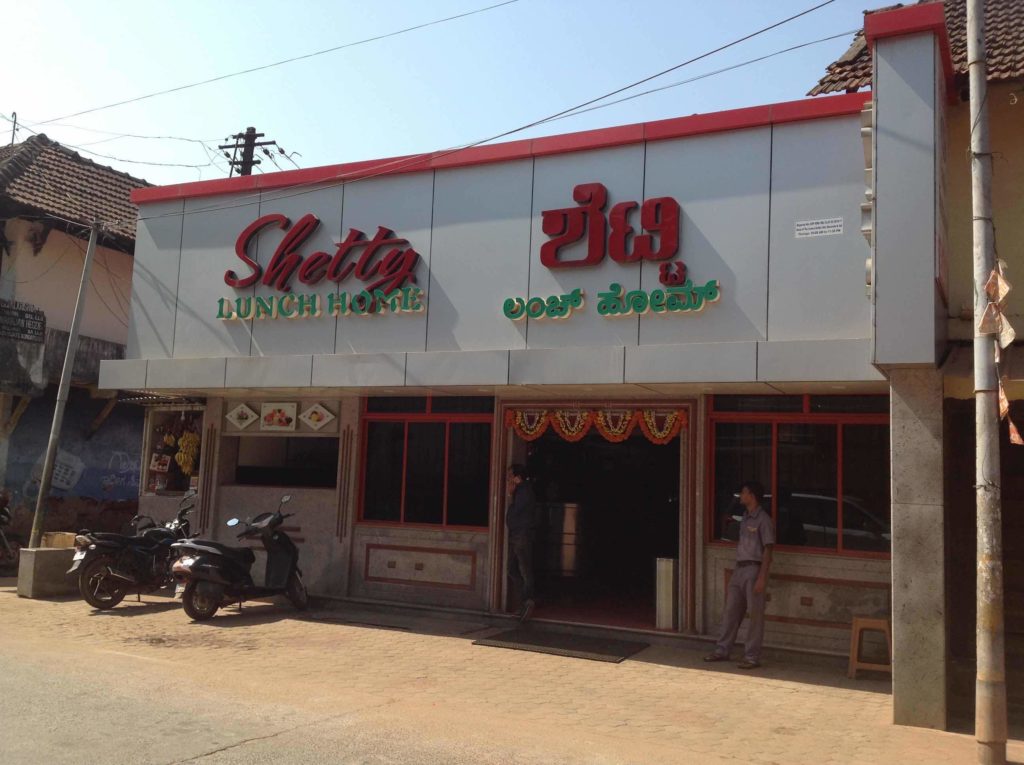 Ghee Roast is the masala that is used to prepare an array of vegetarian and non-vegetarian dishes. These range from Mushroom Ghee Roast, Paneer Ghee Roast to Chicken Ghee Roast and Prawn Ghee Roast to name a few. This dish goes well with Neer Dosa, soft dosas prepared with coconut and rice flour, or even with chapatis or bread. It’s a super-rich dish, where the aroma of fresh ghee tickles your nostrils. And the sight of tender meat or veggies mixed with dark brown fiery roasted masala will make sure you salivate. Vegetarians, the highlight of this dish lies in the gheelicious masala, so don’t miss out on trying the vegetarian ghee roast options, the next time you visit a Mangalorean restaurant. 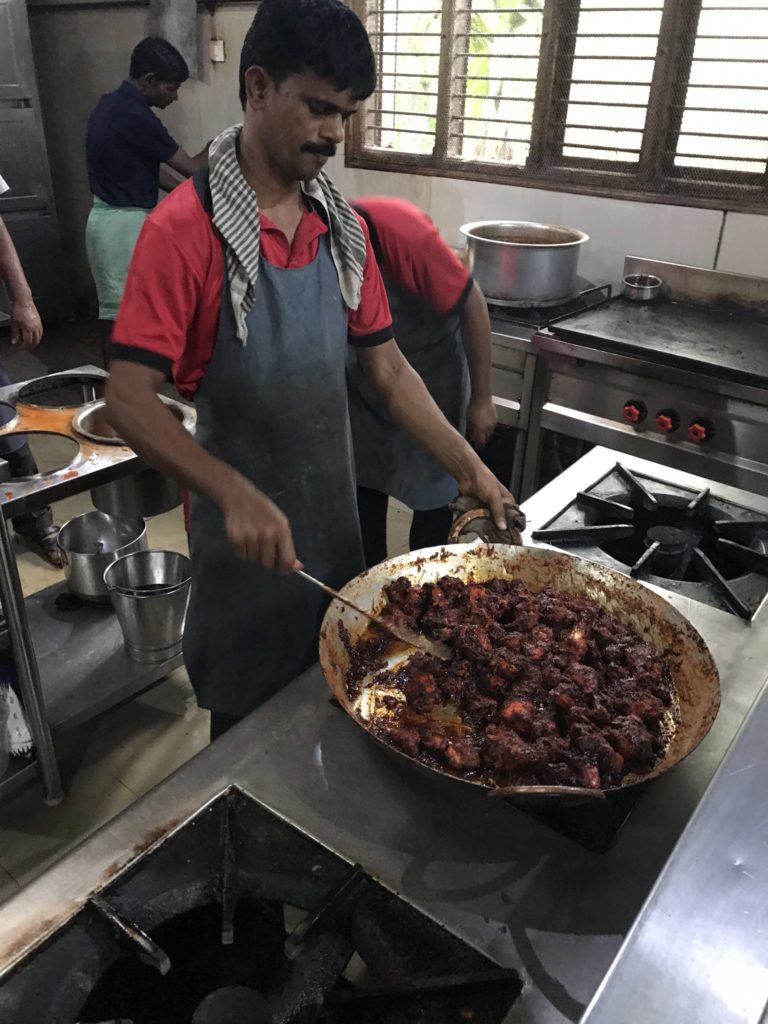 Where Can You Try The Mangalorean Speciality Ghee Roast? 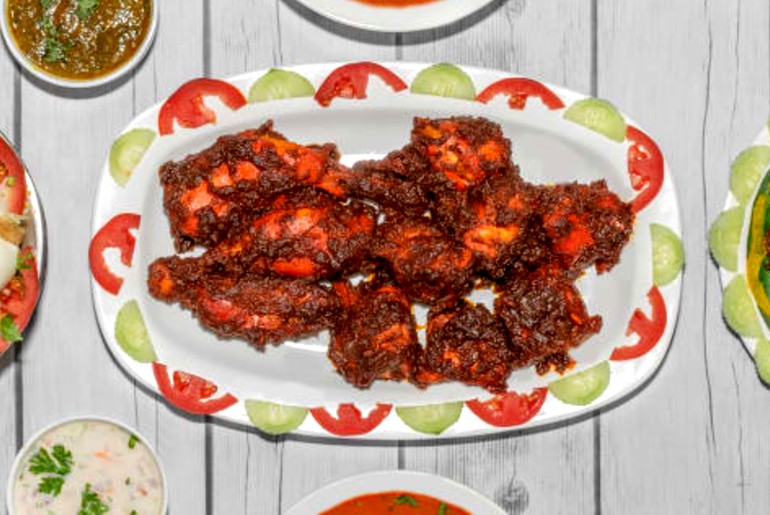 And if you still wish to try this renowned dish, to visit your nearest Mangalorean eatery and give this a shot. While it may not be prepared with the Shetty family secret masala, nevertheless, it will give you an idea of how a Ghee Roast would taste like. Dive into the melting pot of Mangalorean cuisine, taking your first baby steps with the iconic Ghee Roast. This homely dish prepared by a woman, a mother and an entrepreneur, has lived the taste of time. It’s secret, authenticity and magical flavours have stood the taste of time. The aroma has been carried by generations of the Shetty family all across India. If there’s a secret that should be closely guarded like the Coca-Cola, it’s got to be the Mangalorean Ghee Roast.