Love Amid Lockdown: Delhi-Nagpur Couple…
Kerala Techie Quits Full-Time Job…
Can It Be Safe To…
Naga Chaitanya Recommends Exploring This…

Love Amid Lockdown: Delhi-Nagpur Couple Gets Engaged Via Video Call 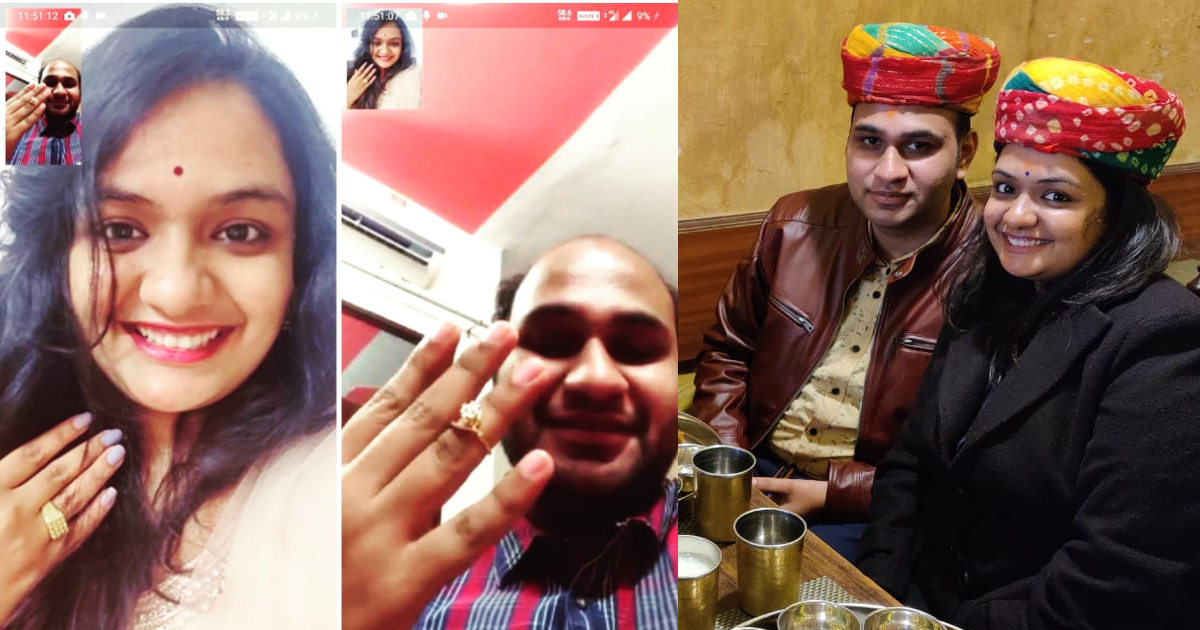 Some love stories happen only in movies, while some others can be turned into movies. The story of Neha and Utkarsh fits into the second criteria. When the entire world is tucked indoors fighting coronavirus, the couple did something which can definitely give us ‘goals’. The engagement of the couple was supposed to take place at Tuli Imperial, Nagpur on 12th April 2020, but due to the lockdown, it was cancelled. However, love can break barriers. The duo went online and exchanged their rings over a video call. Isn’t that adorable? Here’s the real-life fairytale.

How Did It All Start?

If you thought love takes time to develop in case of arrange marriages, this Delhi-Nagpur couple is going to prove you wrong. Neha Sharma, a PR Manager from Nagpur and Utkarsh Bansal, a General Manager from Noida met on a matrimonial site. Though their e-meeting was coordinated by their parents, the duo was head-on-heels in love with each other within a span of about two months. They first met on 20th January in Delhi and their roka was on 22nd of the same month. The one day they had in between, they spent it entirely in Connaught Place. The lovebirds didn’t meet in February, but they had shopping plans in Delhi in March for their marriage. That eventually got cancelled due to the risk of the pandemic. Then their engagement, too, fell midway of the lockdown. This left both of them absolutely heartbroken. 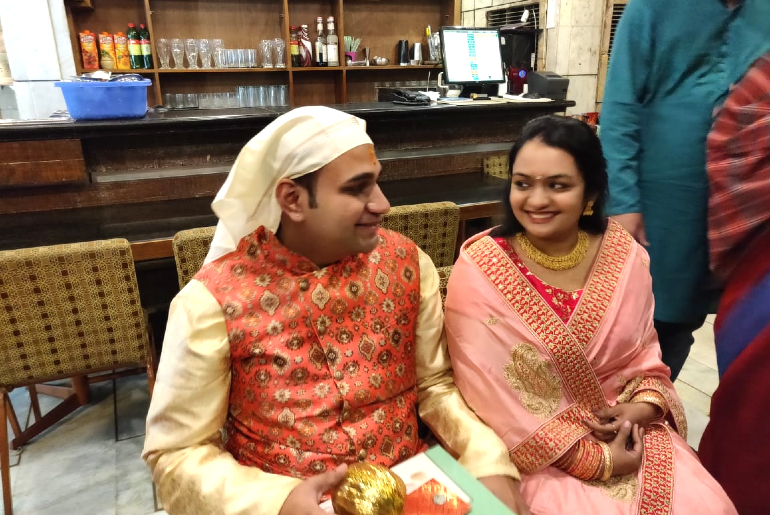 As Neha said, “Nothing was decided, it just kept on happening”. On 10th April, Utkarsh’s mom had first suggested the idea of an online engagement. However, at that moment, no one actually took the thought that seriously. On 12th April, at around 11:30 P.M., Neha got all dolled up wearing her engagement dress simply to lift up her mood. She called up Utkarsh over a WhatsApp video call to show him her engagement look. Utkarsh was totally taken aback by Neha’s grace in that gown. “She was looking very beautiful in that dress and I was speechless”, he said. Right then, Utkarsh’s mom brought Neha’s ring and Neha too asked for Utkarsh’s ring from her mom. Then they exchanged their rings online and took eternal vows. It was that spontaneous! 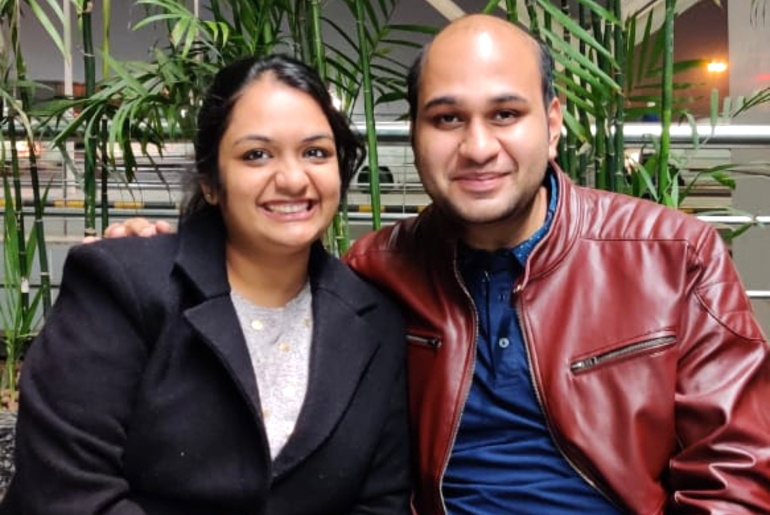 At the point when the entire social media is flooded with news that are getting us anxious, tales like these bring a smile on our faces. The couple has proved once again that no matter what happens, true love can always win.