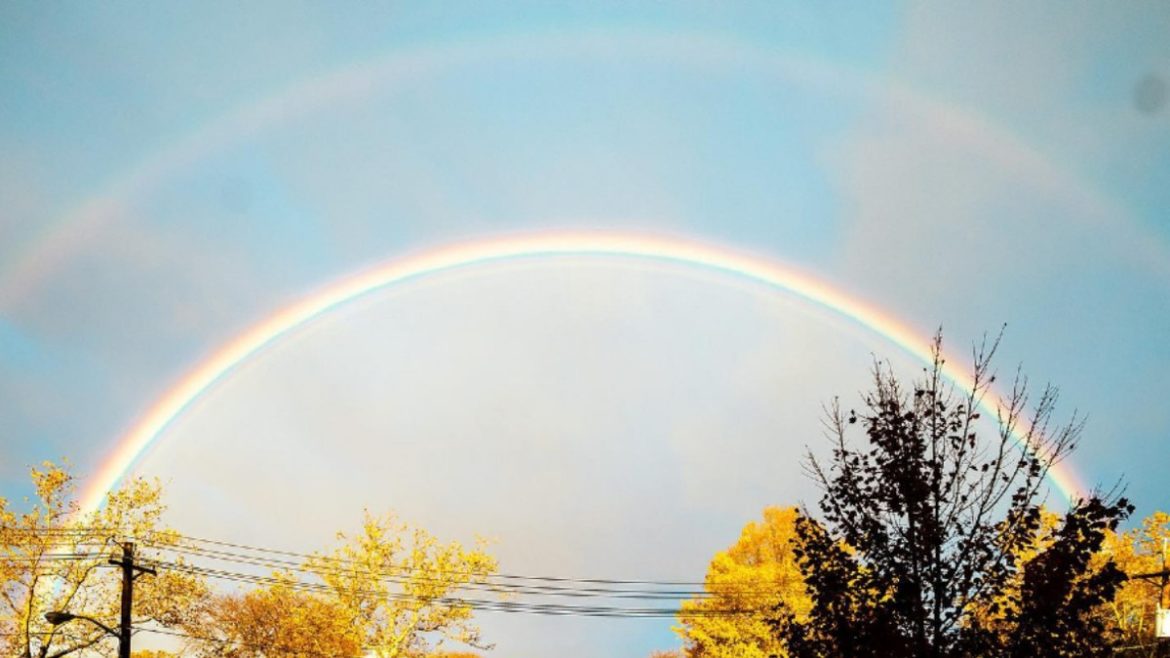 There’s something magical even mystical about rainbows. It’s not just about the Insta-worthy side of the phenomenon. But even the childlike enthusiasm which invokes in people of all ages. Just catching a glimpse of the extravaganza of the violet, indigo, blue, green, yellow, orange and red hues would leave you jumping in glee. Well, that’s exactly what happened with the people of Manhattan in New York, USA. Not one, they woke up to a double rainbow. Here’s all about it.

New Yorkers Woke Up To A Stunning Double Rainbow

Folks in New York City were left awestruck when they were welcomed with a double rainbow. Many instantly clicked beautiful pictures and filled their social media feeds with the pictures. One Netizen even thanked his dogs for waking him up at 7:12 am, so he could catch a glimpse of this incredible sight.

Another shared an image of the double rainbow glimmering in the sky as if it’s looking down upon the swanky skyscrapers and the weekday traffic. Now, we’re sure New Yorkers jammed their phone galleries with umpteen pictures of the rare double rainbow.

With the skies having a pinkish glow, and the sun shining brightly on citizens, the sky looked no less than a painting of colourful swirls. While many weren’t even professional photographers, their pictures looked no less than DSLR-clicked pictures. Mind you, many of those pictures had no filters.

Many hailed this phenomenon as a wonderful sign from the universe. And others wondered what a good sign it was to start the week! Don’t you agree?