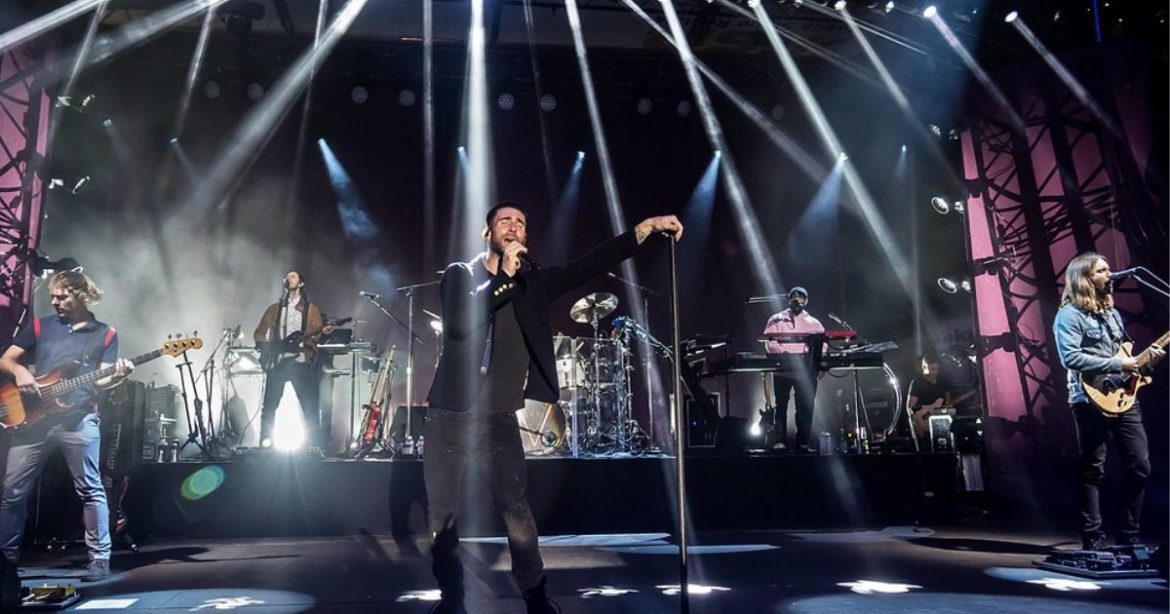 Get ready to ‘Move Like Jagger’ as the rockstar band is here to make you twist your leg. You guessed it right! Maroon 5 are making their debut performance in Abu Dhabi in May 2022. It would be a show that includes their biggest songs and new material. Do you want to see Adam Levine and his band perform live? Then book your tickets in advance.

How Much Would The Ticket Cost?

The ‘Maps’ would lead you to Yas Island’s Etihad Arena for the concert. And it’s your Wake up call’ to get your tickets now. You can buy the tickets from February 25. Visit Ticketmaster and etihadarena.ae for your purchase. Ticket prices for basic upper bowl seats start at Dhs300 and increase to Dhs1,250 for golden circle tickets. Expensive right? But Maroon 5 is all worth it! Doors open at 7 p.m., with the band performing at 9 p.m.

They established the band Maroon 5  in 2002. Few would know that this team was part of an old band called Kara’s Flowers. Google that! Because of their hits, Maroon 5 has been a constant in the charts. They have presented various styles from disco to blues to rock.

Over the years, they’ve won three Grammy Awards and a slew of other significant awards. They had a phenomenal career as one of the world’s most famous pop groups. The band has 15 top ten hits, has performed over 750 concerts in over 30 countries, and has sold over 7.5 million tickets globally.

The band is no stranger to the Emirates. They made their maiden appearance in 2008 at Dubai Media City amphitheatre. In 2019, they became the first music act in City Walk’s Coca-Cola Arena. It was the band’s first performance in the nation since its appearance at the Dubai World Trade Centre in 2011.