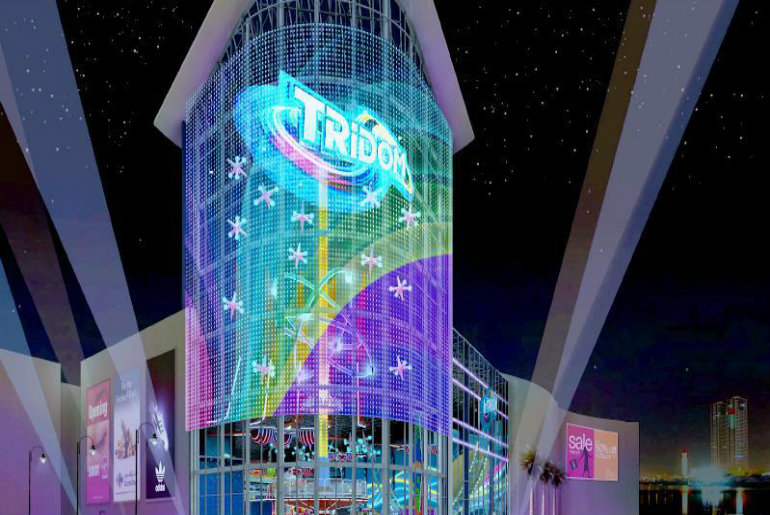 Tridom an Indoor theme park is opening in Ras Al Khaimah with the tallest indoor sky ride in the entire Middle East.

Tridom, located in Manar Mall which will be open to public from next month is a complete bliss for people who love adventure. Tridom will not only have the tallest indoor sky ride in the entire Middle East but is also the largest covered play area in the entire UAE. This project is owned by the Landmark group. The tallest indoor sky ride is 40m high vertically. Thrill seekers will be taken at the top and will be released for a free fall with several bumps on the way before it lands back. Tridom has more adventure rides like Disk’O Coaster or surf’s up ride, Air Racer (Realistic flying experience), Super Spin (which twirls riders in mid-air 360-degrees), Ferris Wheel and much more.