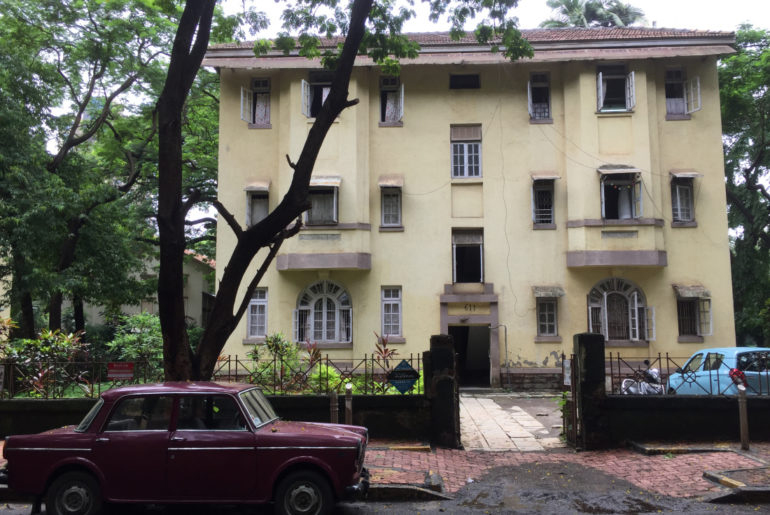 A quaint, harmonious, and closely knit Zoroastrian community in the heart of bustling midtown Mumbai.

Dadar Parsi Colony [DPC], is estimated to be the largest Zoroastrian settlement in the world with over 10,000 Parsi residents. Mumbai history buffs would appreciate to know that DPC was the first planned residential scheme in Bombay and was built through the efforts of Mancherji Edalji Joshi during the turn of the 19th century. The project was undertaken to ease congestion in the early 1900s and to relocate the population outward. It is the only Parsi colony in Mumbai to not be surrounded by a wall or a fence and without private roads. The place has been responsible in producing noteworthy personalities, industrialists, artists and such and also was once home to the Queen front-man Freddie Mercury (Farrokh Bulsara). (Image Credit – A Diary Of Art And Culture)

The charm of Dadar Parsi colony is its quaint atmosphere right smack dab in the middle of the Mumbai chaos. With a leisurely walk here you are bound to stumble upon well maintained vintage Vespas and a myriad of old Ambassador and Fiat cars. The Parsis are known to keep their possessions in great shape and well maintained. The colony has a Agyari (fire temple), a community Gymkhana and a lot of parks scattered around the colony. Irani cafe(koolar co.) and cafe 792 are popular food joints around serving Parsi style cusine. The five gardens are a great place to relax in the evenings. (Image Credit – A Diary Of Art And Culture)

Located in Dadar(E) central, a 5 min walk from Dadar station.
Irani chai and bun-maska at Irani cafe is highly recomended, which could be followed by leisurely walk around the many parks.