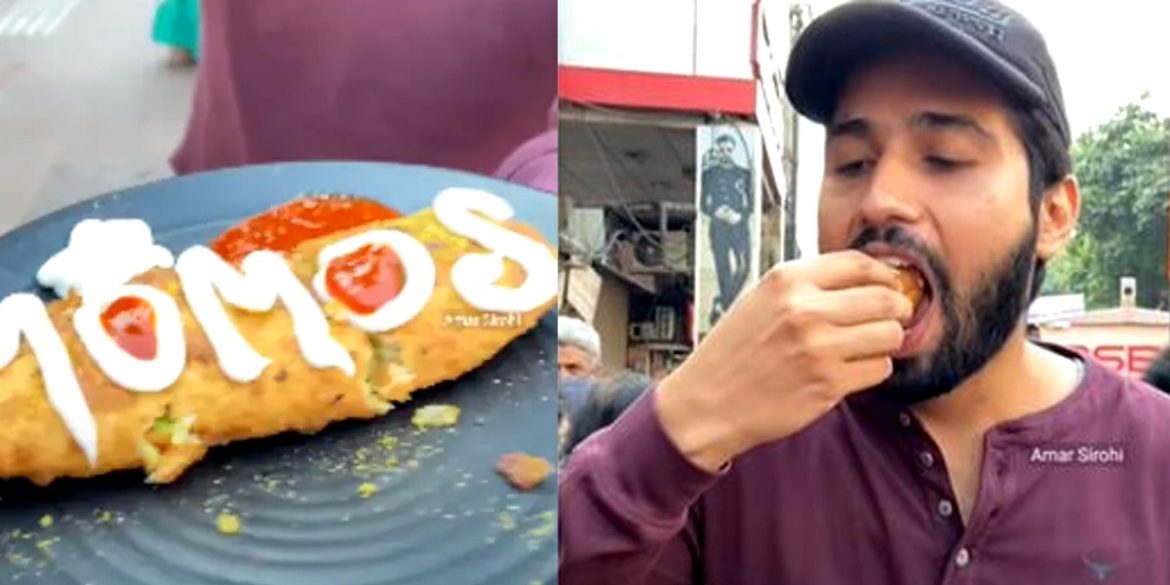 First came Kulhad Momos, where steamed momos are dunked in a kulhad, topped with ketchup, spices, veggies and cheese and then baked. Next, we heard about Momo Pizza, where the crust of the pizza was topped with momos. But the momo experimentation hasn’t reached an end yet. A viral video of Momo Paratha has been trending on social media. And it’s as crazy as you’d imagine. Read on to know more about this new food trend.

Momo Paratha Is The Latest Food Trend To Amuse Netizens

Food Blogger Amar Sirohi shared a video of a Momo Paratha on his Youtube channel named Foodie Incarnate. In the viral video, the food blogger shows a plate of hot momo paratha. While the batter consists of regular paratha atta but without the salt. It’s first stuffed with a spicy vegetarian momo filling and then deep-fried. The filling consists of carrot, cabbage and onion, loaded with spices. The momo paratha is served with a spicy chilli dip. When it comes to the presentation the word “Momo” is written in bold all over the paratha with mayonnaise.

Gorge On This Unusual Snack For ₹100

This unusual snack is sold for ₹100 for a plate. The video went viral garnering over 2 lakh views. With the paratha having no salt but loads of oil, the food blogger wasn’t impressed with this creation. He instead recommended his followers to buy a plate of momos and paratha separately that would amount to less than ₹100. Foodies on the internet weren’t impressed either. One social media user commented that it dishonours both momos and parathas. And others wished the humble momo would be left alone from the food trends. Meanwhile, check out 5 of India’s best parathas in this video below.