Nature has excellent healing properties. And if you want to heal your soul in the lap of nature, there are some gorgeous national parks and wildlife reserves not too far from Delhi. The beautiful stretches of lush greenery, the wide varieties of flora and fauna and the pollution-free air in these treasure troves will definitely tuck you away from the boredom of the daily routines amid profound serenity. Here are 5 wildlife reserves, national parks and sanctuaries that are only a few hours drive from Delhi:

Nestled in the Sultanpur village on Gurugram-Jhajjar Highway, this national park is just around 2 hours drive from Delhi. The Sultanpur National Park, formerly known as the Sultanpur Bird Sanctuary is home to a slew of resident and migratory birds. At this birdwatcher’s paradise, one can spot pretty resident birds like red-vented bulbul, white-throated kingfisher, common hoopoe, spotted owlet and grey francolin. Noteworthy migratory birds that flock here include Eurasian wigeon,  rosy pelican, Siberian crane, spotted redshank and greater flamingo.

This is another wildlife sanctuary extremely close to Delhi, located in the outskirts of Tughlakabad. With the Bhardwaj Lake in the middle, the sanctuary locked by the lofty Aravallis can be a true feast to the eyes of a nature lover. 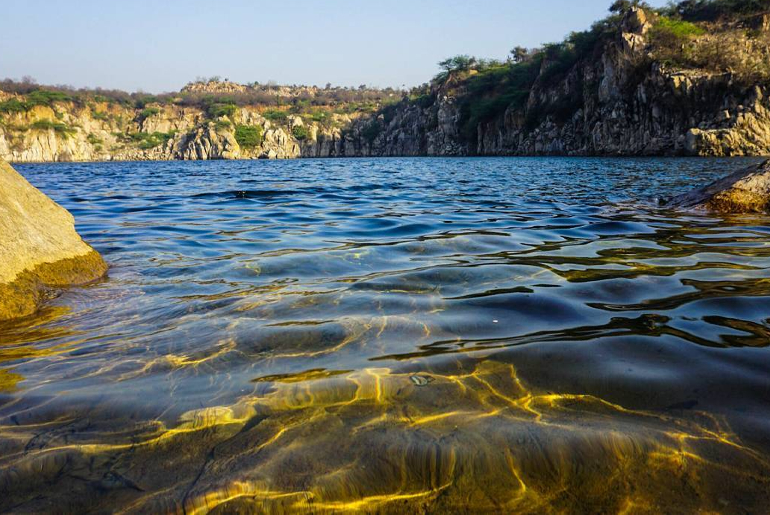 At Asola Bhatti, you might be lucky to spot mind-boggling creatures like black-naped hare, golden jackal, sand boa, blue bull, jungle cat and even Indian leopard.

The Watchman of the Forests! Golden Jackal Canis aureus One of the most common animals found in the forests of india except foothills and lower mountain Omnivorous diet allows it to eat a large range of foods; this diet, together with its tolerance of dry conditions, enables it to live in different habitats. The jackal's long legs and lithe body allow it to trot over great distances in search of food. It is able to go without water for extended periods and has been observed on islands that have no fresh water. #wildlife #goldenjackal #forestofindia #indianbiodiversity #forest #wildindia #ntc_feature #zealwildlife #nature #nikonphotography #nikonasia #nikkor #canids

If we’re talking about some popular tiger reserves in India, Jim Corbett National Park doesn’t need much introduction. Jim Corbett National Park is one of the most renowned forest reserves in the state of Uttarakhand, and it is best known for majestic beasts like Bengal tigers, leopards and wild elephants. It is around 6 hours drive from Delhi. Also, you can seek the tigers at Jim’s Jungle Retreat in the forests of this national park.

From wild animals like leopard, chital, hyena, wild boar and four-horned antelope to birds like golden-backed woodpeckers and crested serpent eagles, one can spot a large variety of species amid the deciduous forests of Sariska Tiger Reserve. It is located in Rajasthan’s Alwar district and is nearly 5 hours drive from Delhi.

Formerly known as the Bharatpur Bird Sanctuary, it is one of the most recognised bird breeding grounds in the world.  During the 1850s, it was a duck-hunting reserve for the Maharajas. The area was declared as a national park in 1982.  It is home to over 370 bird species and 27 identified mammals. Birds that can be spotted here include tufted duck, great cormorant, little cormorant, knob-billed duck, green sandpiper, sarus crane and more. Among mammals, nilgai, rhesus macaque, langur, sambar and chital are common here. One might also spot Asian palm civets and Indian porcupines in this jungle.

A post shared by Jonas Classon Photography (@jonasclassonphotography) on Feb 9, 2020 at 4:58am PST

So wildlife enthusiasts, ready to take a break amid the splendid wilderness? Meanwhile, did you know about Odisha’s hidden treasure, the jungles of Similipal?