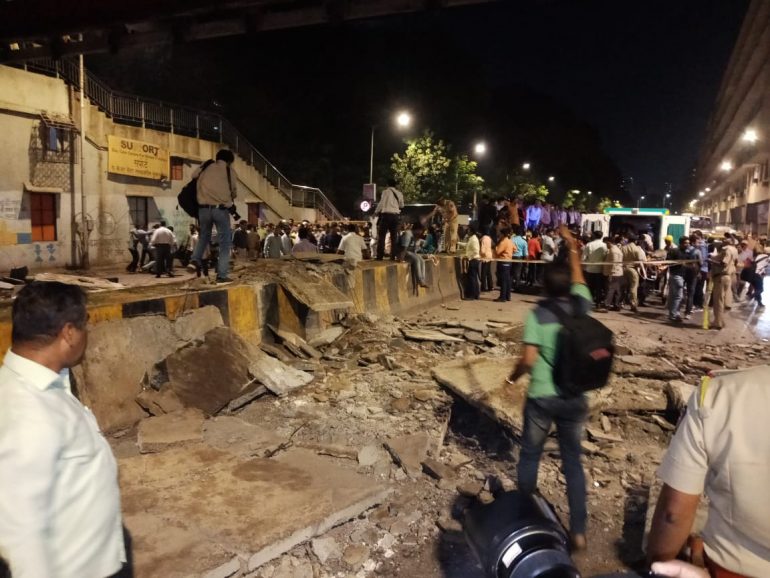 The foot over bridge connecting CST platform 1 north end with B T Lane near Times of India building has collapsed. News reports are coming in and it states that around 7.45pm today (14th March) the footover bridge that connects CST platform 1 north end with B T Lane near Times of India building has collapsed. As of recent updates, the death toll has risen to 4 and about 34 people have been reported as injured. About 15 people are estimated to be trapped under the debris. Injured persons are being shifted to hospitals. Senior officers and a 45 member NDRF team have reached the spot and the rescue operations are well underway. Interestingly, in a recent audit by the BMC, this particular footover bridge, this particular FOB was not considered dangerous and was said to require only minor repairs. Colaba BJP MLA Raj Purohit has issued a statement, saying that “The BMC is responsible for this accident. Tomorrow, they will issue a statement saying all bridges will be surveyed and audited. The engineer who was undertaking this work should face an inquiry and be punished,” Mumbaikars, please note that the traffic is affected so commuters have been asked to use alternate routes.