Music In The Sky! Airline Takes Passengers By Surprise With The World’s First In-Flight Ukulele Class 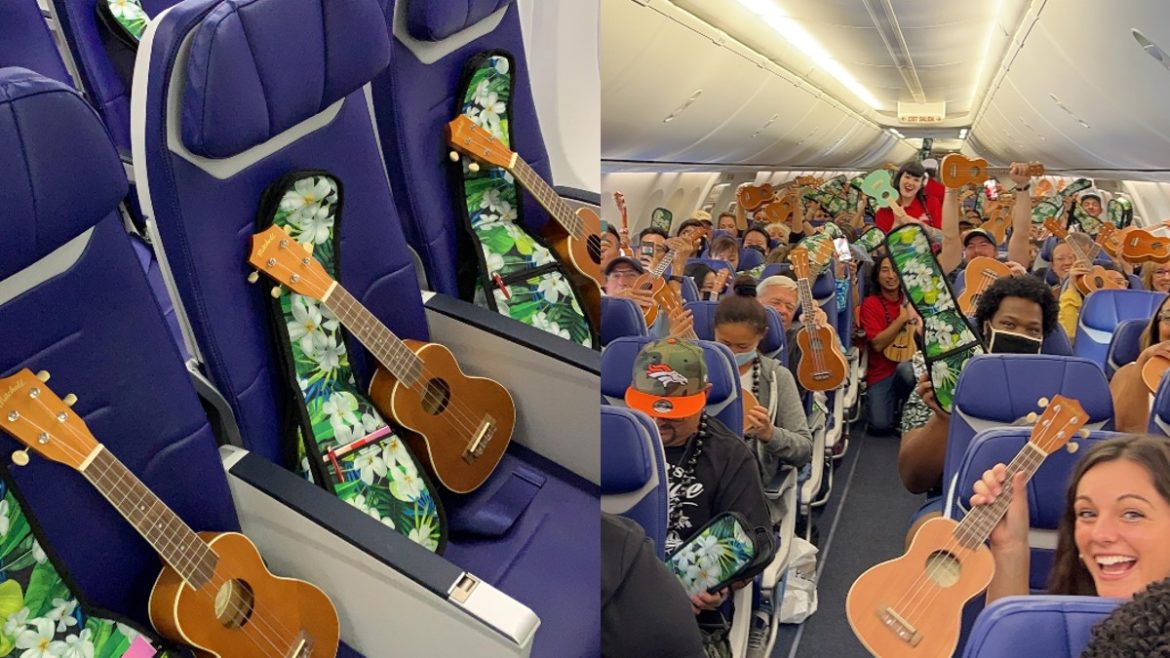 Recently, a Hawaii-bound Southwest Airlines flight surprised its passengers with an in-flight ukulele class. This was the world’s first-ever ukulele class conducted inside a flight. The airline gifted ukuleles to the passengers and conducted a tutorial of 20 minutes by collaborating with Guitar Center Lessons.

The flight was on its way to Hawaii from California. After boarding the flight, the flyers found ukeleles on their seats. The airline also shared a picture of the same on its Twitter handle.

Guitar Center: You can learn how to play the ukulele in 20 minutes.

Flight journeys are usually monotonous. Inside a flight, you need to maintain a certain level of etiquette. Even when you’re speaking, you need to keep your voice extremely low to maintain the decency of the atmosphere. On top of that, most flights do not have an Internet connection. So, unless you have a good book or a good movie downloaded on your phone, you literally got to do nothing except for watching the skies and the flight crew members walking up and down the aisle.

But passengers on the Southwest Airlines flight did not have to deal with that boredom, as music was there to accompany them. They had a cheerful time enjoying the ukulele session. As the airline updated, by the time the flight reached Honolulu, they were all pros.

We teamed up with @guitarcenter to surprise a flight full of Customers flying out of Long Beach with a ukulele and a lesson. By the time they arrived in Honolulu they were pros. pic.twitter.com/XsEx10sRJK

The Internet Had Mixed Reactions To The Move

Music lovers onboard appreciated the flight’s initiative to keep its passengers entertained. However, many people on the Internet did not seem to be happy with the move. Replying to the airline’s tweet, one user stated, “That sounds like a really, really horrible surprise. I’m autistic and sensitive to sound. Being trapped on a plane full of people trying to play the ukulele for the first time would be an absolute nightmare for me.” Another wrote, “Oh wow. I would have ‘noped,’ that immediately and requested a refund for the mental anguish.”

However, the airline responded to the replies, stating that the flyers had a good time.

That sounds like a really, really horrible surprise. I’m autistic and sensitive to sound. Being trapped on a plane full of people trying to play the ukulele for the first time would be an absolute nightmare for me.

Also Read: Ziro Music Festival 2022; Everything You Need To Know About India’s Most Eco-Friendly Festival!

What do you think about this music session? Let us know in the comments section below!