My Solo Travels Taught Me…
Neena Gupta To Kangana Ranaut,…
Gujarat Woman Who Married Herself…
I Went On A Solo…

My Solo Travels Taught Me Being Kind, Crazy And Eating Veg Pulao With Greek Yoghurt 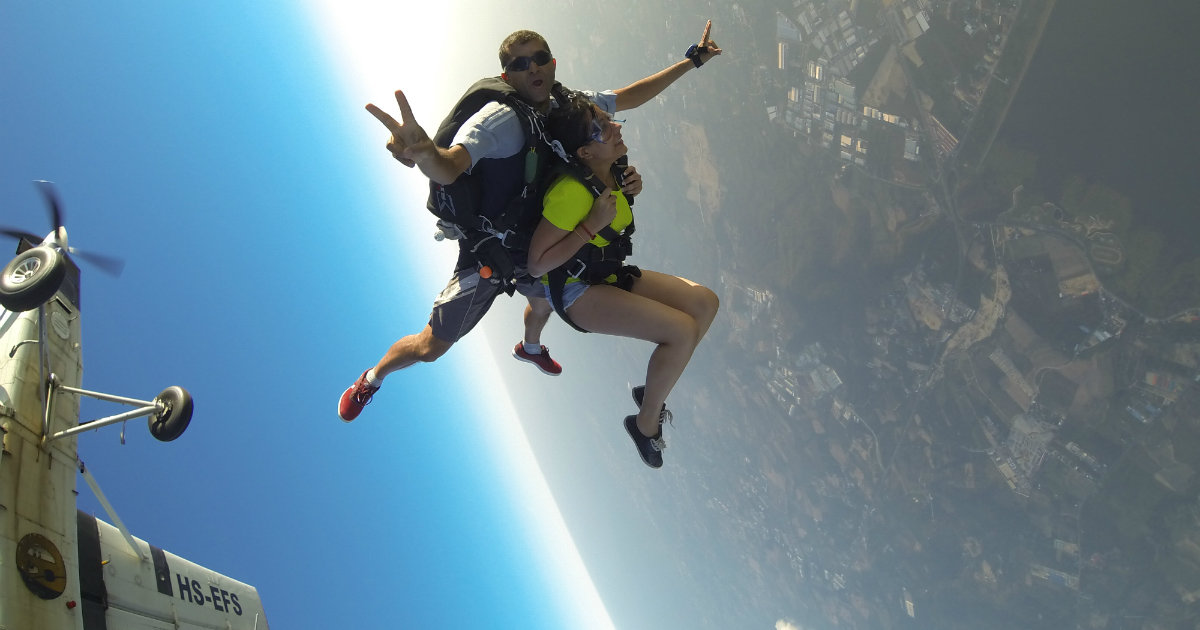 Nothing beats the excitement of your first solo trip, but nothing can beat the fear as well. However, the kind of confidence that you get after embarking on a journey all by yourself, and the thrill that you get after retuning to home ground, it’s ecstatic! Once in a life, if not once in a couple of months, it is important to make room for solo travels. Hacks, budget cuts, random conversations and random acts of kindness, you have it all! Every trip, you return with more than just souvenirs and good pictures. 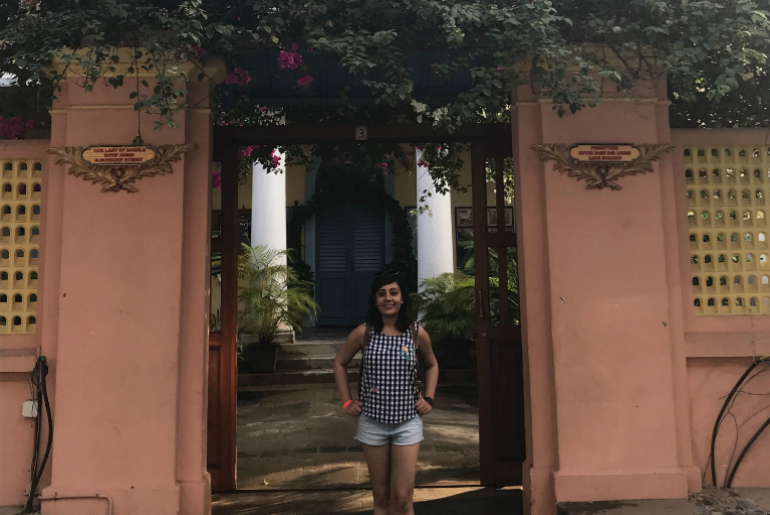 Before you read on further, let me tell you, there is a flip side to it as well. It isn’t all smooth like a baby’s bottom; but there are certain parts, that could possibly equal the struggle of petting a porcupine.

Dare To Go Where?

As an Indian woman, I have had my fare share of horror episodes within the country while travelling. But I have had a few experiences that have allowed me to have a better time because of the people that I met on the way. Pondicherry, Auroville, Goa, Dharamshala and the lovely Ladakh, are a few of many places that could be ideal for a first solo trip. Mine was Ludhiana, when I was 16, and it was a lot of fun. Had to keep Digene tablets handy though, but it was totally worth it! 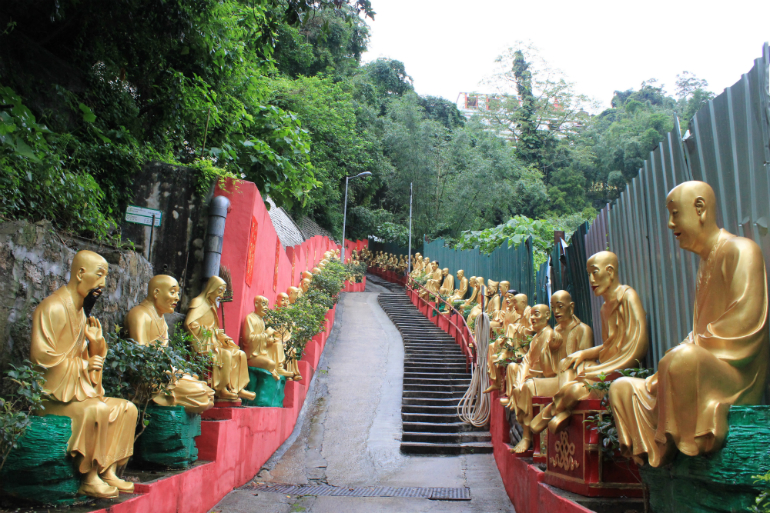 For your first international trip, I would suggest Europe, Hong Kong, South East Asia, even the UK for that matter. Go a little further and you will reach Scotland and Ireland, and it’s the best! The people are quite friendly and are often accommodating. I wouldn’t want to suggest the US as your first, because the 20 days that I spent there, I faced 3 incidents of racism, and it wasn’t very pleasant. 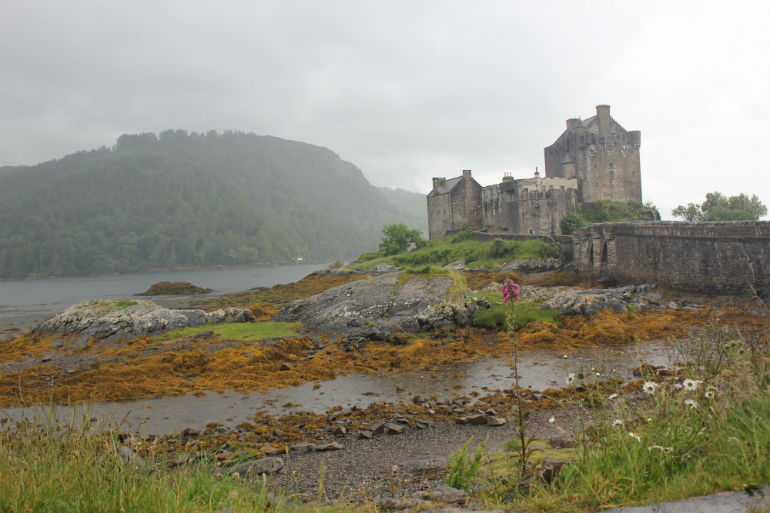 Let’s face it. I had no trouble during my trip, said no one ever! I have been extremely lucky I feel, in terms of meeting the people that I have met on the way. Being in a foreign land, on your own and if someone just helps you out in a moment of trouble, it’s comforting. I was returning from Inverness (Scotland) to London, and the train had a stop at Aberdeen. The trains don’t operate at night so I had to find a place to stay. Sitting in the waiting room of a train station I was making calls to figure things out when a girl approached and offered me help. She connected me to her boyfriend in Aberdeen, who offered to give me company until I board my train. I met two doctors on the train who offered me energy bars for the night. The TT, who was eavesdropping on our conversation, gave me 2 discount coupons to the only McDonald’s in the city that is open till 3AM, that she had cut out from the newspaper.

A Dash Of Crazy 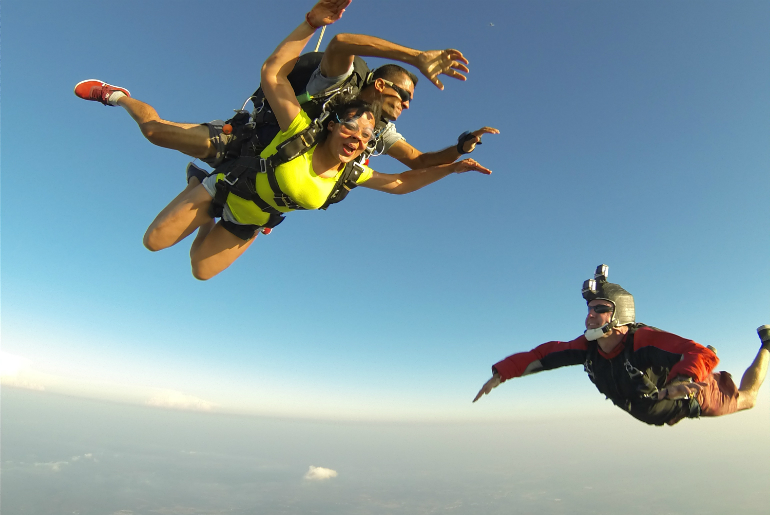 We are on our guard when we are travelling solo. Specially in a foreign land. So when I was in Bangkok and I had signed up for sky-diving, I thought my quota of crazy was done. But nope, there is always scope for more! After I ticked-off jumping from 11,000ft, from my bucket-list, I was all set to head back. Until my instructor, offered me a ride till Pattaya. Only because taking a bus to Bangkok from there would have been easier that Sriracha, where the academy was located. Now, I had heard things about Pattaya and after finding out that they had lived there, I was skeptical. I was going to sit in a car with unknown people, but I still decided to tag along in the FUN-V! After one-and-a-half hours, I had an invitation to Pattaya for my next trip and some gorgeous extra clicks for the jump from a Russian who was training to be a skydiving photographer.

Also read: I Met My Partner On A Solo Trip To Hampi, Got Married And Started Travelories 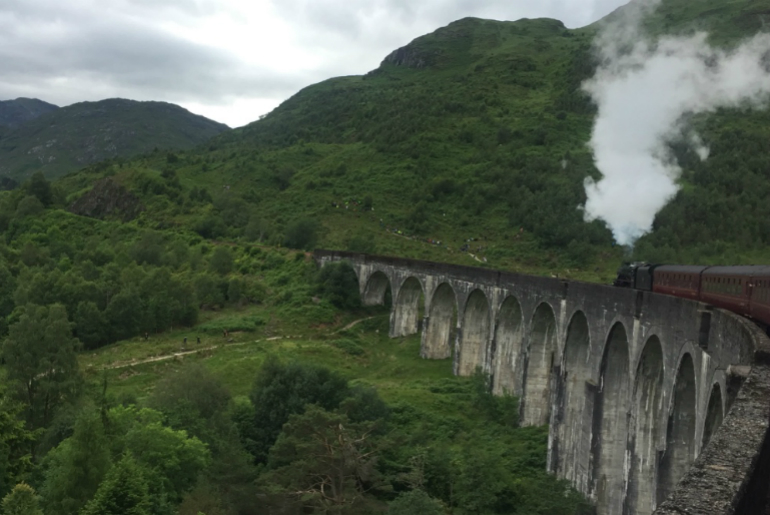 There is a small town in Scotland called Fort William. I was staying in an AirBnB which was owned by a Scottish guy, who had a British Roommate and another Canadian-French couple were staying there too. After chatting with my host, I found out that he was a vegetarian. So I offered to cook dinner for all 5 of us. I had requested him for groceries, and he went a tad-bit extra. Not only did he manage to find the rice and vegetables, but also bought garam masala, haldi and greek yoghurt. He had googled and couldn’t find ‘raita’ so bought the next best substitute. Accompanying the pulao was his father’s Scotch and he thought it was a worthy enough occasion to open it!

Also read: Every Birthday, I Gift Myself A Solo Vacation Instead Of Throwing A Party

When you are travelling solo, it’s like being on a parallel journey. You have the itinerary and then you have the experiences that mould you on the way. I could go on and on about the good, bad, and the not-so-ugly bit about embarking on a journey all by yourself. But, there is one thing that you can’t compete with, is the amount go goodness and selflessness that you get acquainted with. The best part, the next time you see a stranded tourist approach you for help, you aren’t just going to help them out, but buy them jalebis, take them in an auto to the nearest metro station, so that they could reach the airport and catch the next flight. I did that!

I Went On A Solo Trip To Singapore...

I Went On A Luxury Trip To Indonesia...

5 Backpackers Hostels To Book In Mussorie Under...

Is It Safe To Ride Alone In Arunachal...