“Not Famous Enough”, Salt Bae’s Superfan Disappointed After Meeting His Hero; Gets Shrugged Off By Nusr-et Owner 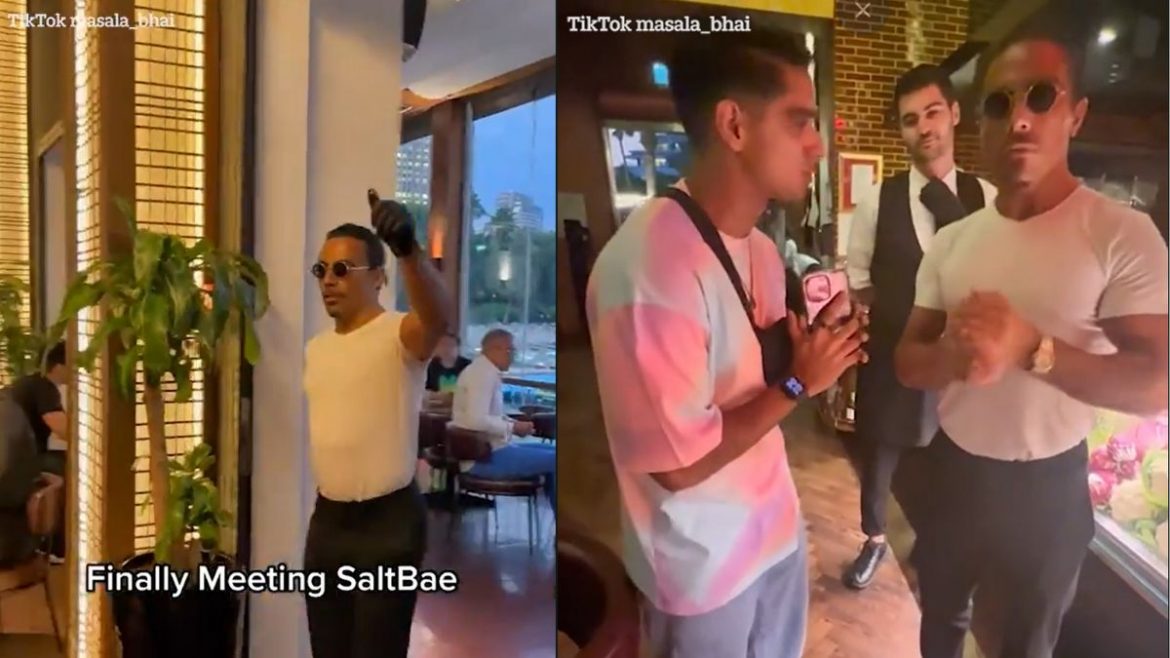 The Turkish chef that grew to be a star overnight is again under the wrath of netizens. Nusr-et Owner is not a novice to such situations as the past few days post-FIFA has been filled with such remarks for him. The latest action has been posted by a growing Tiktoker called Masala Bhai. The social media star inspired by the Turkish Chef wanted to meet his idol and expected a positive and overwhelming encounter. But Salt Bae’s cold shoulder treatment disappointed his fan.

“Not My Hero Anymore,” Said The Disappointed TikToker 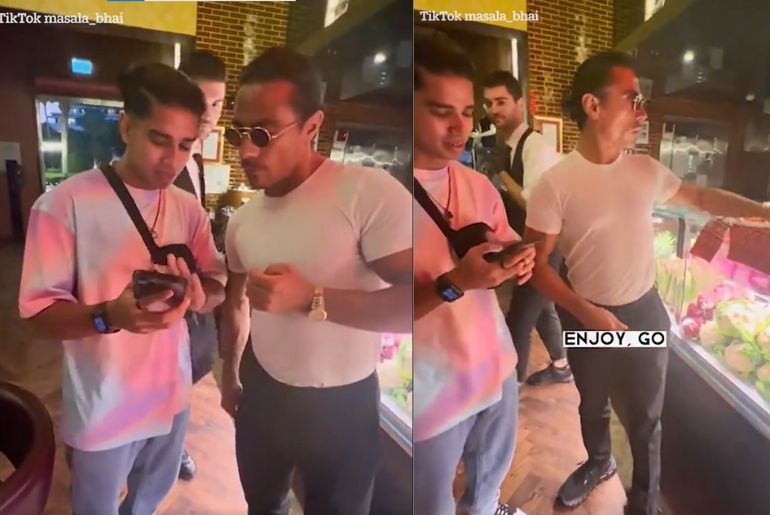 Highly disappointed by his hero, Masala Bhai took it to social media. His video and caption attracted a lot of hate from netizens over the Nusr-et owner’s cold behaviour. Many wrote really mean comments in the section below. The angry netizens said he’s not even that famous to be someone’s inspiration. While others laughed off at the TikToker considering the infamous Turkish chef to be his inspiration.

The video was uploaded on 27th December 2022 and since then the comments haven’t stopped flowing in. People seem to really hate the chef with multiple restaurants across the Middle East. But we aren’t shocked given the plethora of moments Salt Bae has given the crowd to be upset about.

Salt Bae is hereby banned from the 2023 @opencup Final

Salt Bae a.k.a Nusret Gokce has gathered a lot of hate due to his actions recently. His appearance at FIFA final on Qatar at the field shook everyone. But later his forceful demeanour towards Messi raged the fans. The fans were not very happy with his pictures of him holding the FIFA cup. His posts are filled with hate comments from people from over the globe. But Salt Bae has remained unaffected and continues to act similarly.  His misconduct led to an entry ban from many renowned tournaments.

Similarly, the video uploaded by TikToker shows Nusret just turning and saying ‘enjoy, go’ after the fan displayed his gratitude towards his role model.

The final verdict is that the celebrity chef has been losing his fans at double speed after this series of cold behaviour displays.