Pehle Chai, Phir Sawari! Delhi Driver Parks Bus In The Middle Of The Road & Hops Out For Quick Cup Of Chai 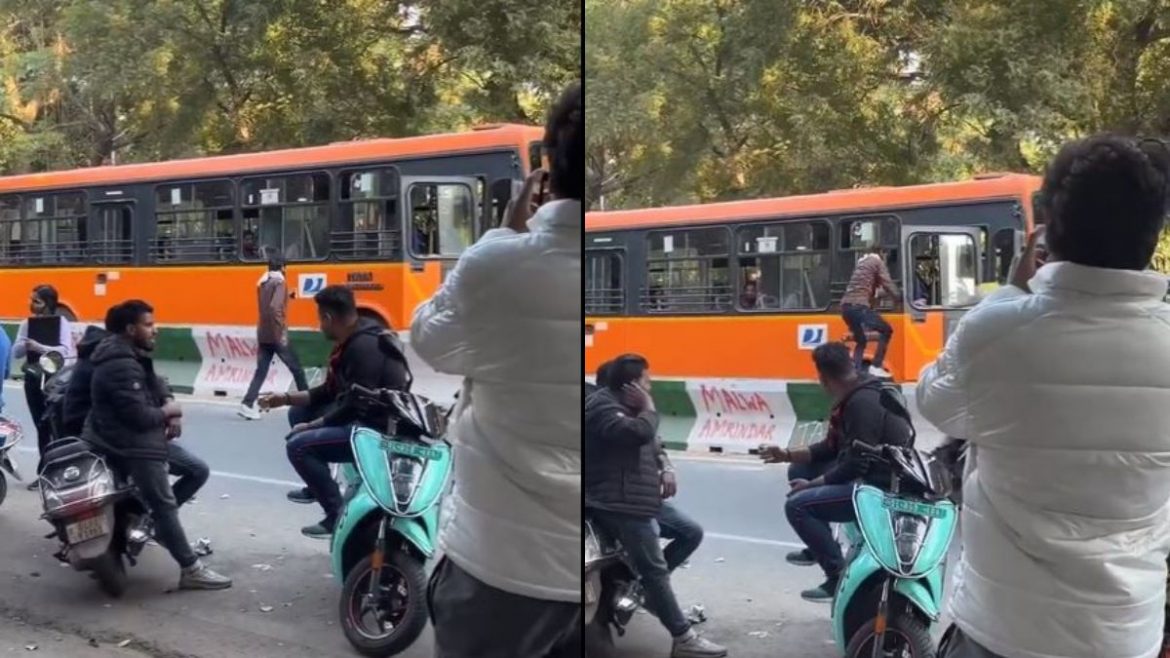 It is a truth universally acknowledged that we Indians love our tea. No matter what happens in the world, chai toh chahiye bhai! It is routine for many Indians to have at least two cups of tea each day. One in the morning, with our yummy breakfast, and one in the evening. In a recent hilarious and slightly concerning incident, a bus driver stopped in the middle of the road for his mandatory (or perhaps we should say.. manda-tea) cup of chai.

Delhi Driver Stops Bus Mid-Road For A Cup Of Chai

There are a few things that are perhaps as unchanging as our love for this delicious beverage which is essentially just hot leaf juice with milk. The latest evidence of this unchanging love was given in a video posted on the micro-blogging site Twitter. A video posted on the website shows a driver leaving an enormous bus in the middle of the road just to get a cup of tea.

The person who shot the video is heard narrating the incident with laughs punctuating the narration. The bus driver stopped for Sudama ki chai, the person is heard saying. Some Netizens found the situation hilarious and relatable while others struggled to find the humour in the situation. Despite the apparent hilarity of the situation, some Twitter users highlighted how problematic and bothersome this can be for others.

Got Many Reactions Ranging From Hilarious To Concerned

The video was posted on the 2nd of January 2023 by the Twitter user Shubh. The video is 25 seconds long and is captioned “Men” along with a crying face emoji and a chai emoji. It has more than 3000 likes and close to 70,000 views on Twitter. While some people are concerned and want the driver to be reprimanded for his callousness, others are more sympathetic. Delhi has been facing chilling temperatures and the driver wanted a cup of chai to warm himself for the day which can hardly be blameworthy.

Also Read: These Are The Top 10 Most Watched Videos Of Curly Tales ME In 2022

What do you think about this incident? Let us know in the comments below.