Indian Soldiers Treated To Pizza At Siachen In -60° 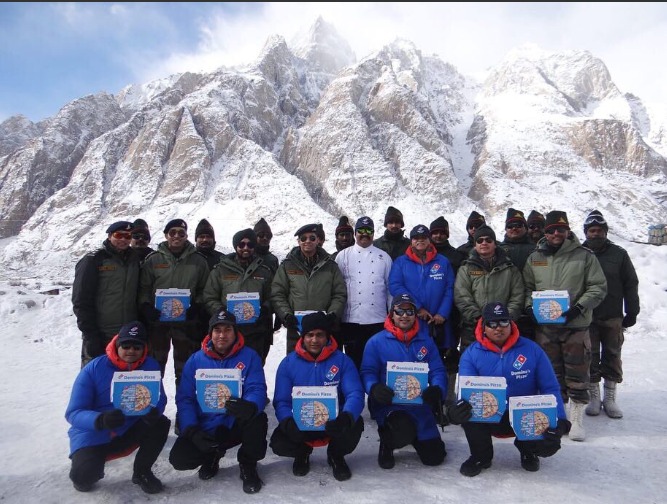 This year, everyone celebrated India’s 70th Republic Day but Domino’s took it up a notch by serving hot pizzas to our soldiers at Siachen Glacier in minus 60 degrees temperature!

You might be watching the parade on your television sets or attending a flag hoisting, but Domino’s celebrated Republic Day by treating our hard working soldiers with hot pizzas at the Siachen Glacier at a height of 5,400 m (17,000 ft) and minus 60 degree Celsius! Domino’s set up operations at that height simply to treat the jawans who have been working hard to keep us safe.

Although, setting up camp at a battleground wasn’t easy for the Domino’s team, but they did it only to make the soldiers feel special on Republic Day.

Domino's Pizza team on the way to delivering happiness and hot pizzas at 20,000 ft. Watch this space for more!#DominosinSiachen #BetterWithDominos #RepublicDay pic.twitter.com/nCSsnmBHvD

How Did The Soldiers React?

The Indian soldiers were really happy to see they were being treated by the pizza chain. They were seen enjoying their cheesy pizzas in the cold! 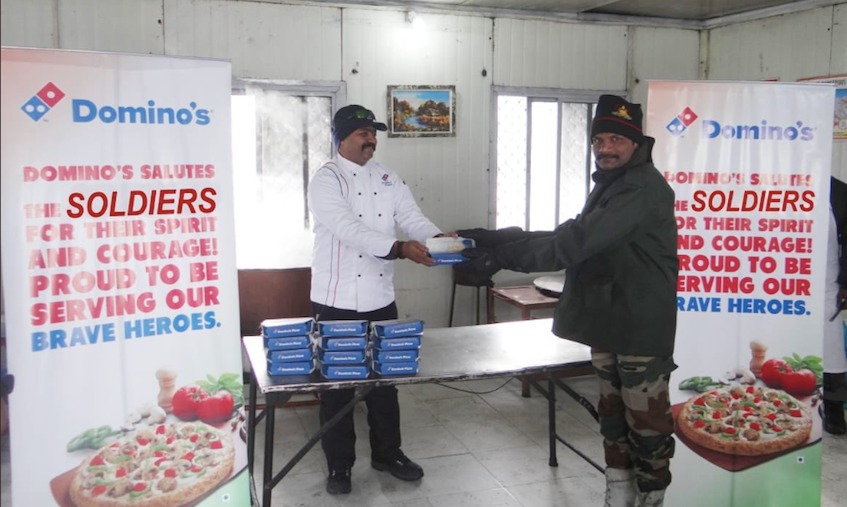