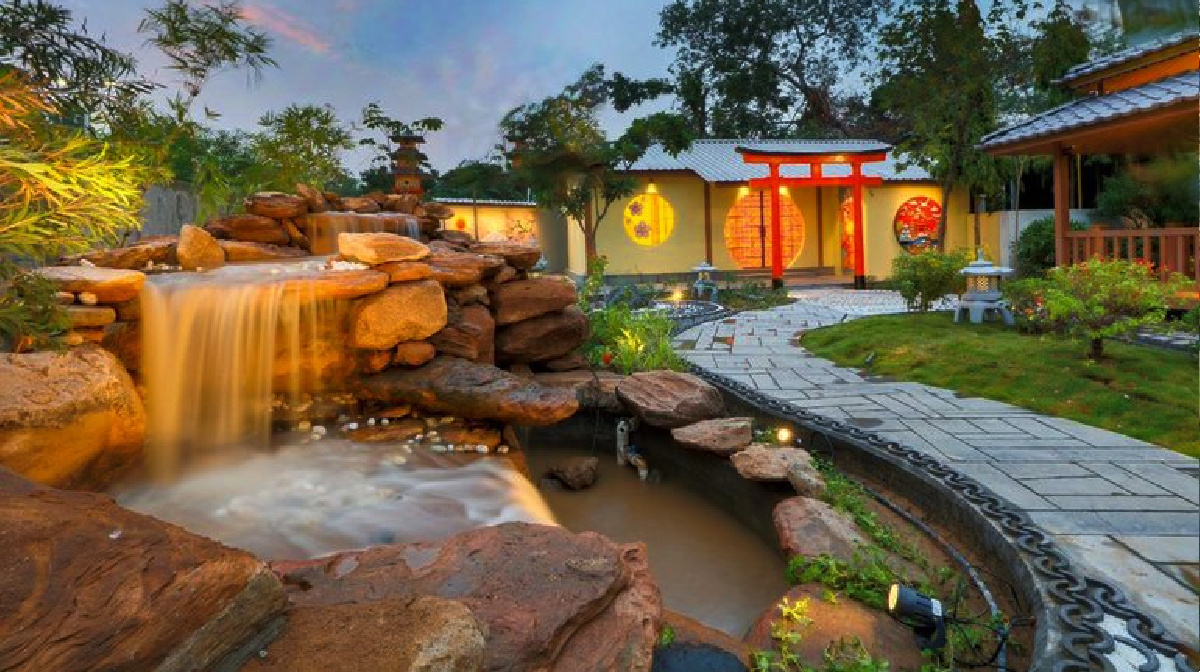 A phenomenal Japanese-style Zen garden that incorporates Japanese art, culture, architecture and landscape has come up in the premises of the Ahmedabad Management Association (AMA). On June 27, 2021, Prime Minister Narendra Modi virtually inaugurated the Zen garden and Kaizen Academy at AMA, Ahmedabad. With striking Japanese artworks, adorned paths, a cascading waterfall and other Japanese-style structures, the garden looks stunning in every bit. PM Modi said, “The opening of the garden and academy is a symbol of spontaneity and modernity of relations between India and Japan.”

A Piece Of Japan In Gujarat

While inaugurating the garden via a video conference, PM Modi has emphasised his vision of creating a ‘Mini-Japan’ in Gujarat. The construction of the garden took place under the joint initiative of the Japan Information and Study Centre at AMA and Indo-Japan Friendship Association (IJFA), Gujarat. The Hyogo International Association (HIA), Japan provided support to the project. Meanwhile, Ahmedabad’s Patang Kite Museum Houses A 16 Feet Kite.

The Garden Embraces The ‘Yin And Yang’ Concept

The garden embraces the concept of yin and yang. This is a notion of dualism, that explains how opposite energies and forces are interconnected in the natural world. Here, the two elements are wind and water, which unite the Earth and the sky. While speaking about the garden, PM Modi drew similarities of ‘Zen’ with Indian Yoga and stated, “Indians will find the glimpse of the same serenity, balance, and simplicity in this Zen garden, which they achieved through Yoga over the ages.”

On that note, did you know about the marvellous Mini Gujarat of London?