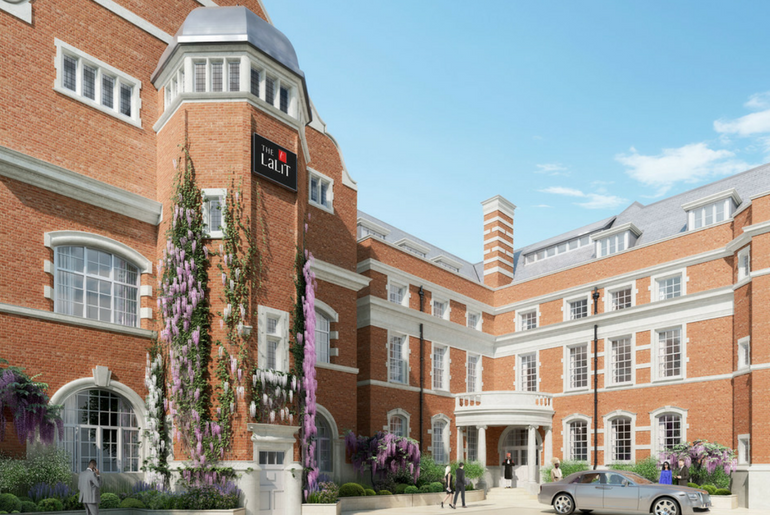 The Lalit, a luxury boutique hotel opens its massive doors in UK – the birthplace of literary wizards JK Rowling & Shakespeare! Here’s all about the first Indian Hotel in the UK.

The hotel has 70 rooms, all different in style and layout. Guess what? Fun Fact – The old Headmaster’s room comes with a suite attached. I am sure this time you won’t mind being sent to Headmaster’s room. The hotel is housed in an 180-year-old grammar school. Almost all the rooms have different designs to ensure you don’t feel like you just entered a classroom. However, the rooms are numbered as classrooms to remind you of its history just in case you tend to forget easily.

Sitting flamboyantly right next to the legendary Tower Bridge, the place certainly seems every worth of its  £50 million refurbishments!

Four massive blue Hyderabad-style chandeliers hang from the ceiling of The Grand Room giving it a regal touch. The hotel has retained its Indian flavour in its every inch and corner of it. However, carved ceilings and an original fireplace have been restored to perfection. A view of the spectacular Great Hall, The Gallery at the mezzanine level awaits your traditional afternoon tea. They have also introduced an Indian Afternoon tea menu.

Rooms spread over three levels ranging from the Cosy Classroom to the exquisite Legacy Suite, leaving no stone unturned to give you the most unforgettable hospitality experience in London. Instead of trying to ‘fit in’, The Lalit Suri group is bringing its Indian hospitality to London with its staff greeting you warmly with Namaste and maintaining its Indian touch. The Lalit London took five years to be in the state in what it stands today.

As a matter of fact, the hotel is built in a Grade II listed Victorian building.