Pune Will Become Greener With The New E-Rickshaws 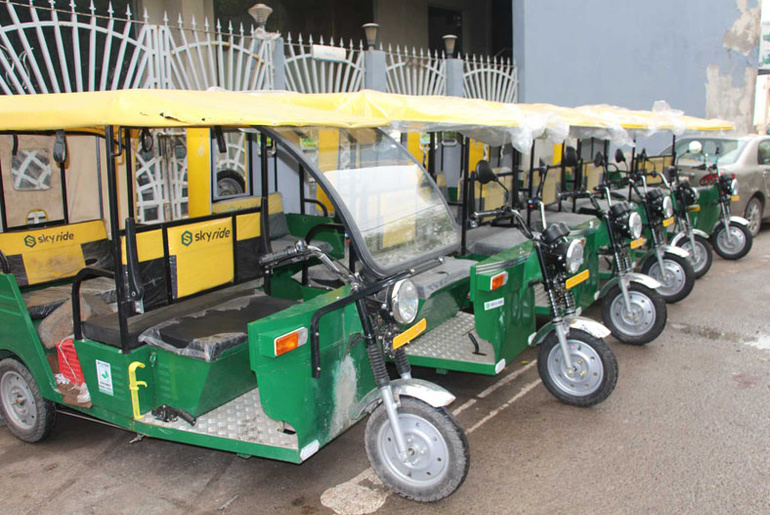 Pune city is all set to become greener with the launch of its e-rickshaw for people coming into the city from the outskirts.

The aim being to make travel from the outskirts more convenient and environment friendly, the concept of e-rickshaws was put into place. These should be hitting the roads any time now because the approval from the Pune RTO was granted a few months ago.

Currently, 17 routes for the functioning of these e-rickshaws have been planned. Mainly, they will function through Baner, Hinjewadi, Hadapsar, Magarpatta, Kharadi, and Aundh. These rickshaws don’t require fuel like petrol or diesel for functioning, they use batteries.

Also read: This Stargazing Event Near Pune Is Every Nature Lover’s Dream Event They are absolutely environment friendly because they cause no pollution and work strictly on electricity. But what about the fares? There’s good news there as well! It can be said that the fare of an e-rickshaw in Pune will cost lesser than the regular auto rickshaw fare.

Since the routes will be fixed, the rates will mostly be fixed as well. Charging points for these e-rickshaws will be constructed in between routes.

Permits and licenses for owning and driving e-rickshaws will be required by all companies and drivers.

Also read: Shaniwar Wada Was Once Bajirao and Kashibai’s Love Nest, But Now Is One Of The Most Haunted Places Of Pune Now you can travel through Pune without causing any pollution with the help of e-rickshaws.

Routes: 17 routes from the outskirts to within the city have been designed yet including routes from Hinjewadi, Baner, Hadapsar, Magarpatta and Aundh.