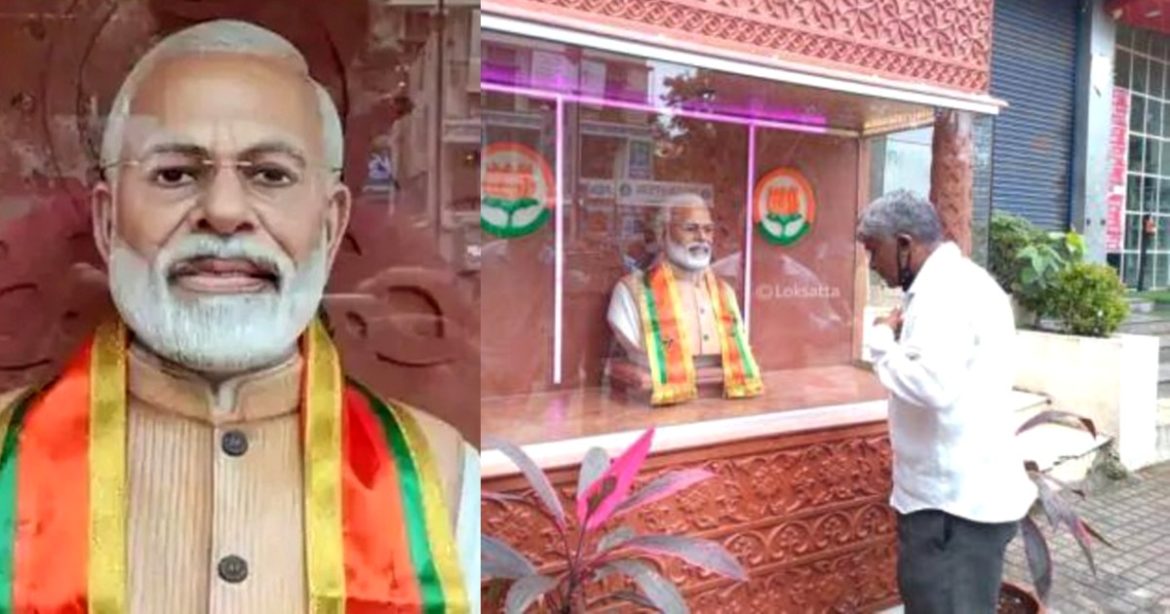 A temple in Coimbatore constructed a Corona Devi idol to protect people from the virus. The stunning idol of the goddess is believed to ward people off from the havoc of coronavirus. After the Corona Devi temple making headlines, now a BJP worker who’s a real estate agent has erected a temple of Prime Minister Narendra Modi in Pune. He spent ₹1.6 lakhs on this.

Pune Has A PM Modi Temple In Aundh

A 37-year-old real estate agent named Mayur Munde, who’s also a BJP worker spent ₹1.6 lakhs to construct a temple for Prime Minister Narendra Modi. The temple nestled in Aundh, Pune was built as a tribute to the PM who is involved in the construction of Ayodhya’s Ram Temple.  The Prime Minister’s bust and the red marble used for the temple were sourced from Jaipur. Visitors will also come across a poem composed by Mayur Munde in front of the temple. Aundh senior citizen K.K. Naidu inaugurated the PM Modi temple on August 15, 2021. 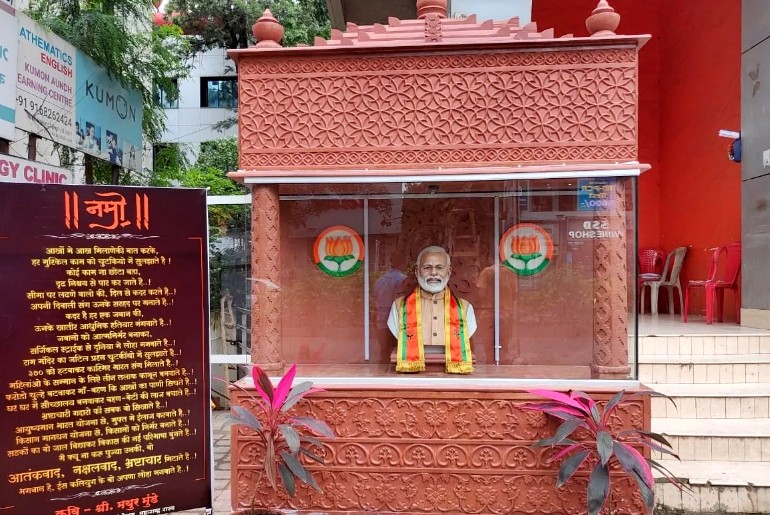 According to NDTV, Mayur Munde told reporters that after becoming a prime minister, PM Modi has done a lot of developmental work like abolishing triple talaq, abrogation of Article 370 in Jammu & Kashmir and building the Ram Temple. He feels the person who built the Ram Temple in Ayodhya must also have a shrine of his own. So, Mayur Munde, a BJP worker decided to construct a temple for PM Modi on his own premises. Well, this is not the first time a politician has a temple dedicated to him or her. Telangana has a Sonia Gandhi temple, built by her admirers.